Apologies: These entries are getting much too long.
However, the joy of blogging is that the gentle reader can just say: enough of this already, and go and look at something else.
We are now back in New York, but, since some people are enjoying India, probably about four more days....... 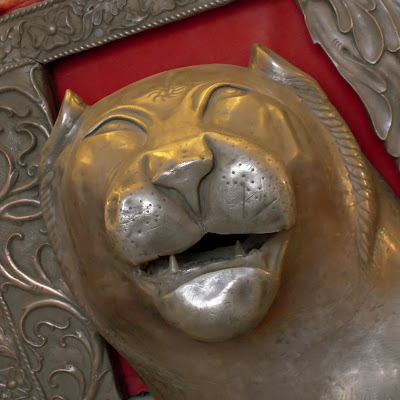 Although there are no lions in India except in zoos, the lion is a powerful symbol and often seen. Here on a sort of sedan chair in Jodhpur. He reminded R. of our cat Mr.B in Marrakesh. 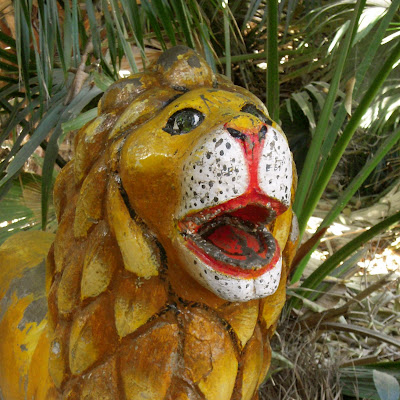 Here in a garden in Udaipur. We only saw four domestic cats in three weeks...very odd. 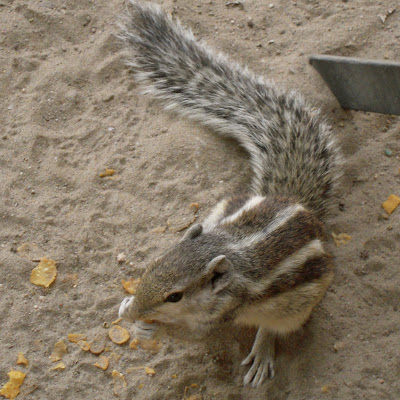 These little creatures, who resemble squirrels/chipmunks/gerbils (erudite readers please tell me the name,) are all over the place -- very bold and cheerful. This one is ejoying my extra cornflakes in Ranacpur. 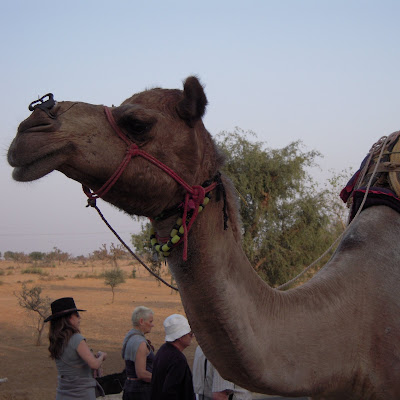 This haughty camel was about to take tourists on an evening stroll.
Much less grueling work than his cousins who pull carts along the busy roads. 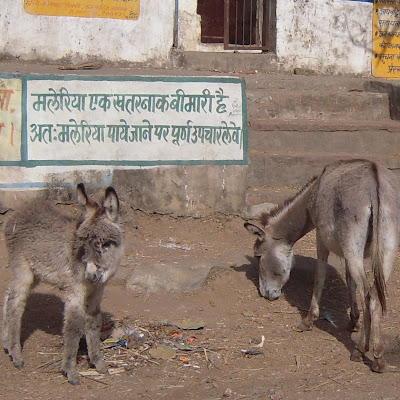 Mother and child. The donkeys tend to be quite small.
The loads they pull are somewhat smaller than in Morocco.
Quite near Ranacpur. 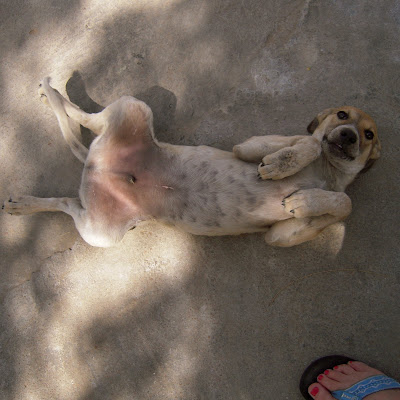 Yes, yes, I know. We have seen this character before - but a different photo.
The very essence of dogness. Look at the spotted tummy and fat front paws.
No inbreeding here. Had he been in America I would have adopted him that instant. 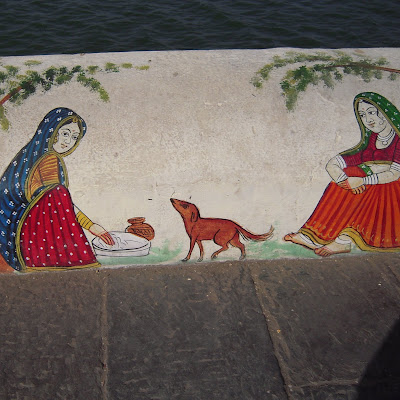 Dogs in India have either a good or bad time of it depending on how you look at it.
Very few have owners and leads. They get to wander around freely. People pretty much ignore them --maybe throw them some scraps, but they don't hit them or shoo them away.
Some are quite pitifully thin and in some towns more prosperous. Almost all limp.
Here a little dog, whose ancestors continue to this day, is fed in a mural by the lake in Udaipur. 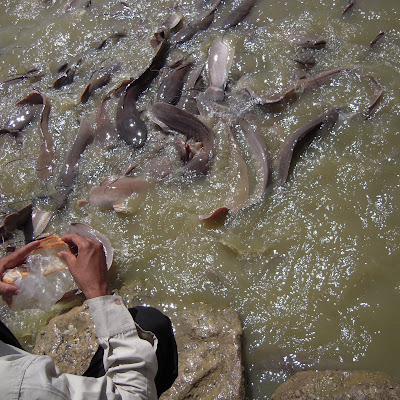 These churning, sacred, whiskery cat fish in the lake at Jeselmer enjoy eating sliced white bread. Ramesh bought some from a  nearby vendor. 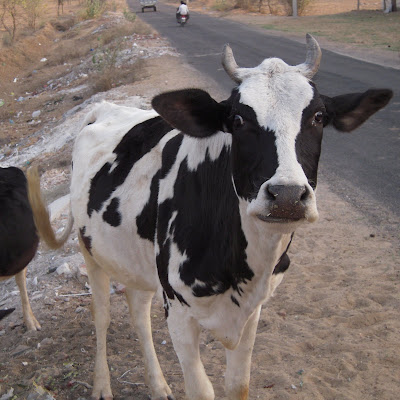 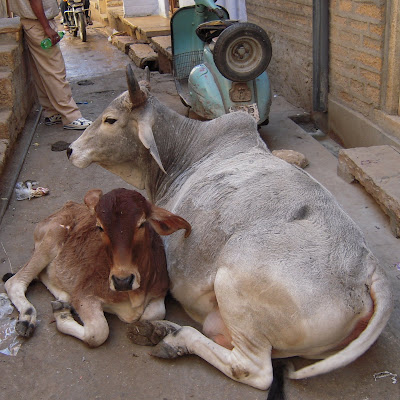 Another mother and child in the street in Jeselmer.
Posted by Elizabeth at 4:56 AM