This is narrated from the point of view of one of the little children there who are all my aunt's
great-grandchildren. 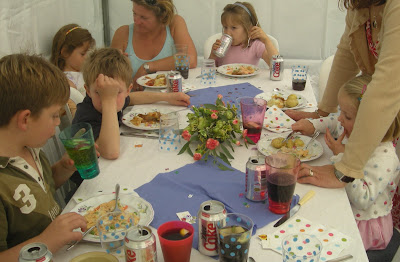 There was lots of food that we ate in a tent in the garden.
We had potatoes and shepherds pie. All ten of us great-grandchildren were there and all sorts of grownups who made speeches and clapped and said things like, "I haven't see you for thirty years and you look exactly the same........." 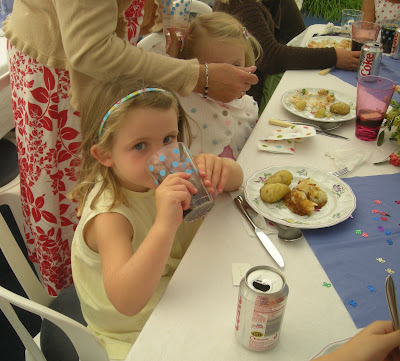 There were people from Canada and Spain and Scotland and America as well as people from England.
There were brownies and icecream and fruit salad for pudding. 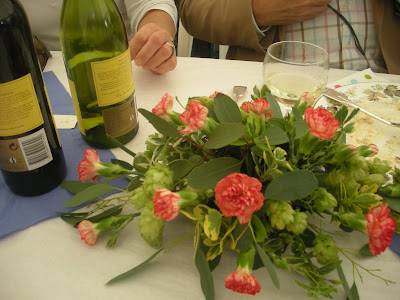 The table decorations looked as if they came from a shop but one of our mothers made them. The green things are hops.
The metal confetti said "90" in different colors. 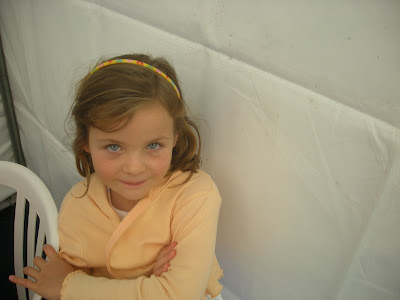 At teatime we carried a cake into the garden and our great grandmother blew out the candles. 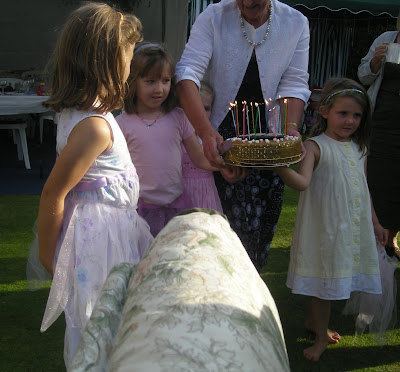 Later on we just played. 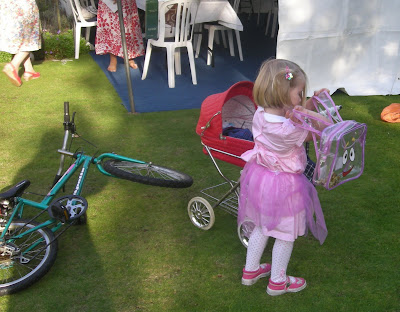 Posted by Elizabeth at 8:08 AM