Having said I didn't like orange, I have to admit it has a certain in-you-face charm. 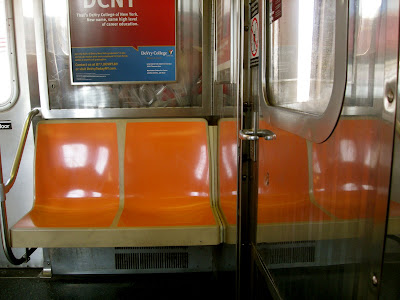 We went to Queens by subway yesterday to look at stone for a counter top.
Needless to say, the seats were orange. 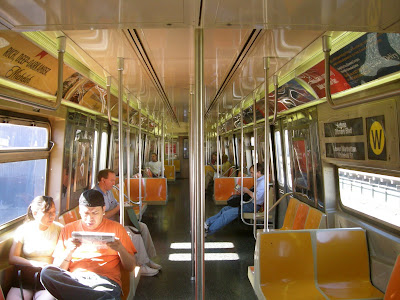 In fact the whole subway experience was orange. 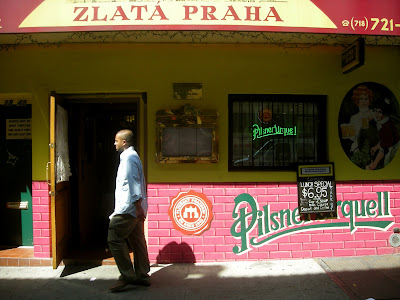 When we eventually found the marble/granite warehouse we noticed a whole list of safety regulations on the walls. For example: no open toed shoes/safety goggles at all times. These were completely ignored. Obviously, we were not crushed to a soggy pulp, though it was an ever present possibility.
Having escaped death, we needed lunch. Queens has amazing ethic possibilities. We checked out the Czech place (pun.hahha) since R's heritage is Czech and we have never been there. The pink wall was attractive but the lunch choices very heavy for a hot day.
In the winter perhaps?
Since we were in Astoria we had Greek stuff instead. 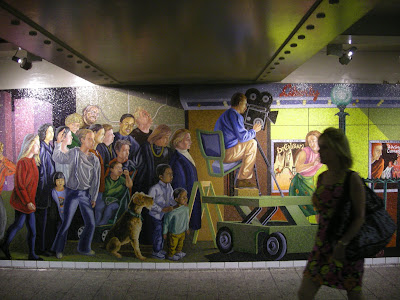 Getting back to Chelsea on the subway meant a change at 42nd Street and a fairly long underground (beastly hot) hike.
However, this was enlivened by mosaic murals.
I was especially taken by the attentive dog in this one. 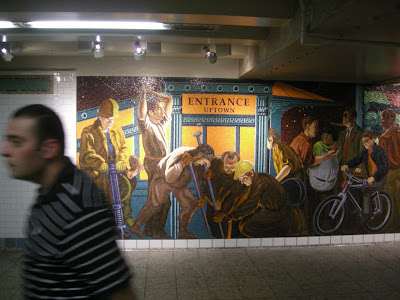 Here they are doing something constructive but some how the man in the middle looks as if he is using crutches.
Posted by Elizabeth at 10:11 AM