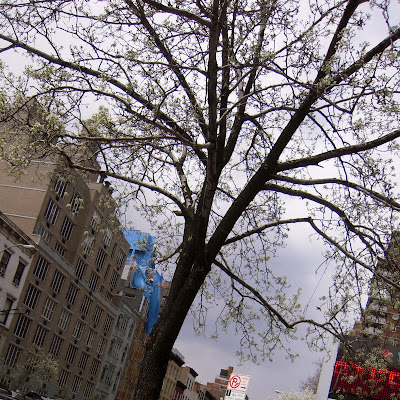 It is trying to be spring in New York. Well, up to a point.
Yesterday it was sunny, and then mean, little black clouds appeared.
At first I thought it was bits of blossom being blown off trees,
but it was snow. 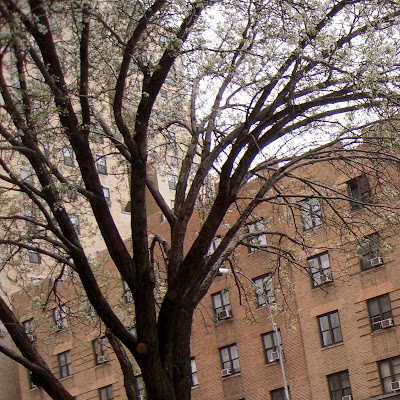 This is a tree doing its best. 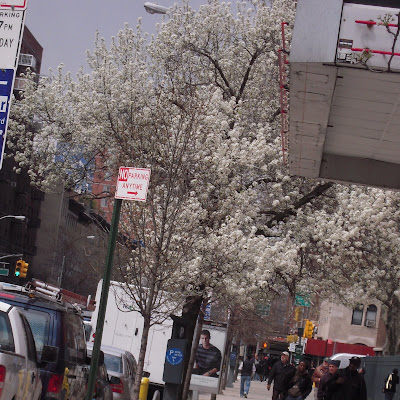 And one doing better.
But look at the color of the sky at 3pm.
The people in hats and jackets. 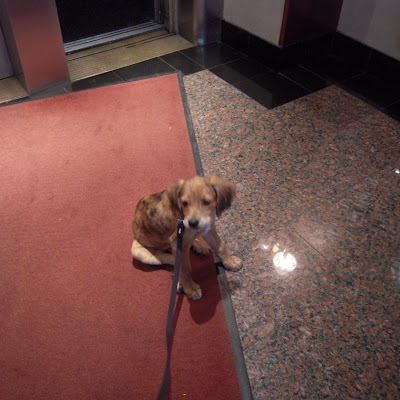 Not a good day for a walk. What an alarming lobby.
Last puppy picture for a bit.
Babies and small animals utterly entrancing to their besotted owners
which is exactly as it should be.
The rest of the world likely to expire from cuteness fatigue.
ps. Brief book report.
Winifred Holtby's The Crowded Street( 1924)
Made me remember a vanished world.....
Aunt Beatrice on her unmarried state: It's when you grow older and the people who needed you are dead. And you haven't a home nor anyone who really wants you  -- and you hate to stay too long in a house in case someone else should want to come -- and of course it's quite right.
Posted by Elizabeth at 7:41 AM