Martha Stewart and an Anomaly 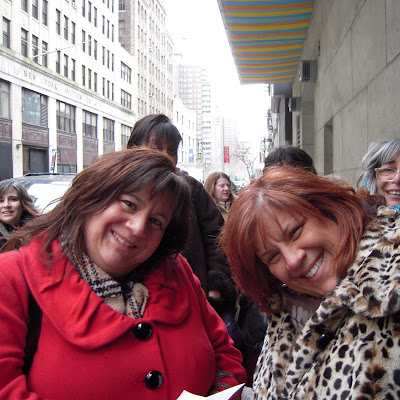 Yesterday morning, when I was walking back from having coffee with Judy, a pleasant young woman approached me and asked if I'd like to see a taping of the Martha Stewart show.
Since I have never seen inside a TV studio, I said yes.
So after lunch I went and joined the cheery fellow attendees on 26th Street.
Many were from out of town and had dressed up nicely.
Some had initially arrived at 7:30 in the morning.
Everyone was very good spirits.......... 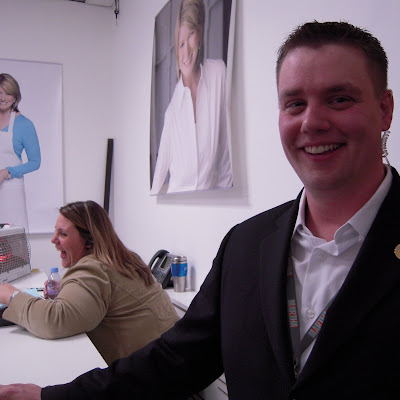 ...including James the young man in charge of security at the front door.
There was a certain amount of waiting around as lots of chipper, competent young people with headsets and clip-boards rushed about efficiently. People chatted and Joey Kola kept up an antic banter.
People had photographs taken of themselves in front of MARTHA signs. 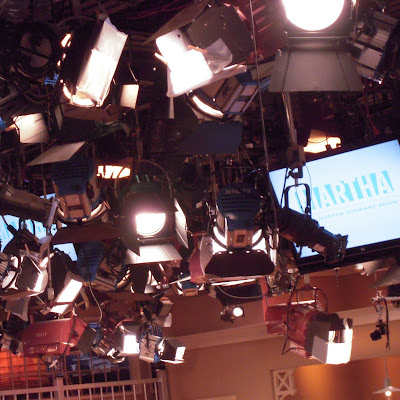 The studio audience numbered around a hundred and  people entered the studio according to marks on their tickets.
We were 'wrangled' wonderfully well.
"Anyone with a green stripe?"
"Anyone with a star?"
"Anyone with a pink stripe?"
Those of us who had none wondered what we lacked. A bit like not being chosen for a gym team in junior high. 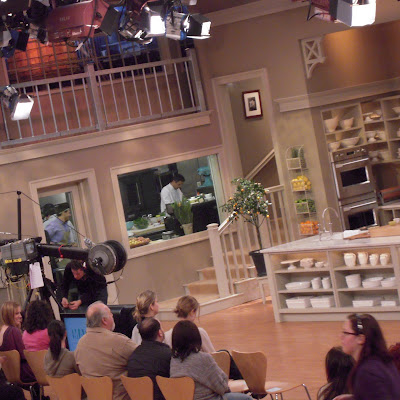 The studio is large, well-appointed and surprisingly chilly.
We are instructed when to clap or say "Mmmm...."
Joey Kola laughs and dances about, reminding me of a Shakesperean clown.  He keeps up such a constant banter of terrible jokes we smile anyway. He promises extra cheery people prizes.
At one point he plays catch with Martha Stewart using little tomatoes. 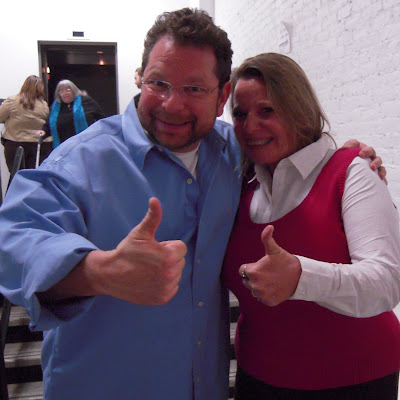 The show is taped, but, since it won't be aired until Friday, I'll keep you in suspense as to the content -- suffice it to say that the crafts section included use of a glue gun.
Here is Joey Kola posing with Michelle from Florida.
We were given little presents at the door.
A good time was had by all.
Posted by Elizabeth at 7:42 AM