For some reason Soho has more graffiti than other parts of town. 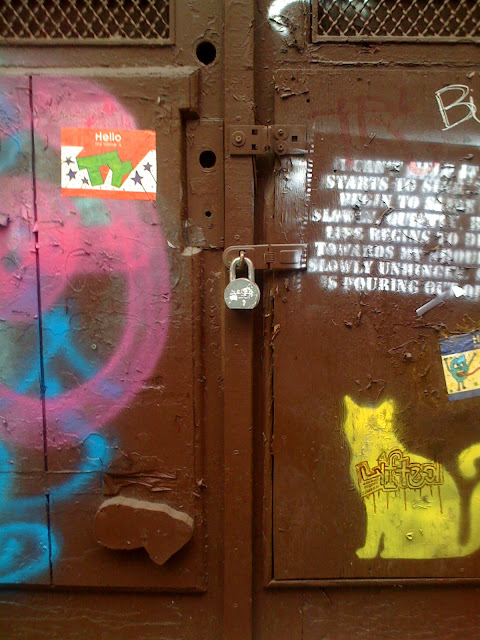 Maybe it's because it's meant to be artsy. The little yellow cat caught my eye. 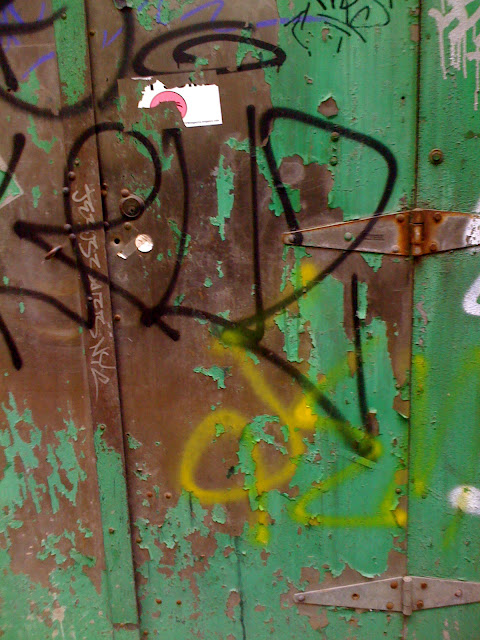 In this one it was the peeling-off green paint.
The black tagging is not that great. Maybe it isn't meant to be. 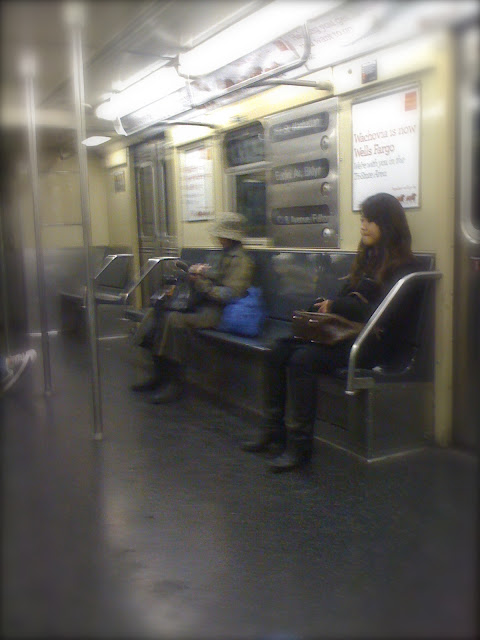 It was a horrid wet day, and the colors on the subway were  very subdued. 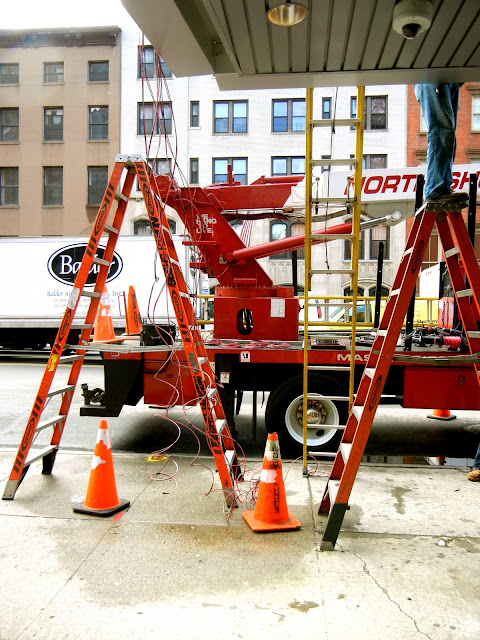 I think this picture has more to do with triangles.
You could play a game to see how many there were.......
that is, if you had huge amounts of time to waste. 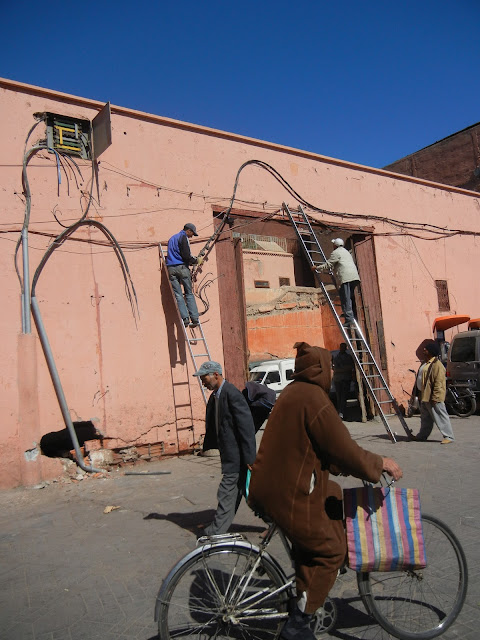 This photo isn't New York (it's Marrakesh) but the same
electrical stuff and men on ladders
--so a sort of echo.

These are the bare trees at the park this morning.....
it was about 32'f..... but I do believe the buds are thickening. 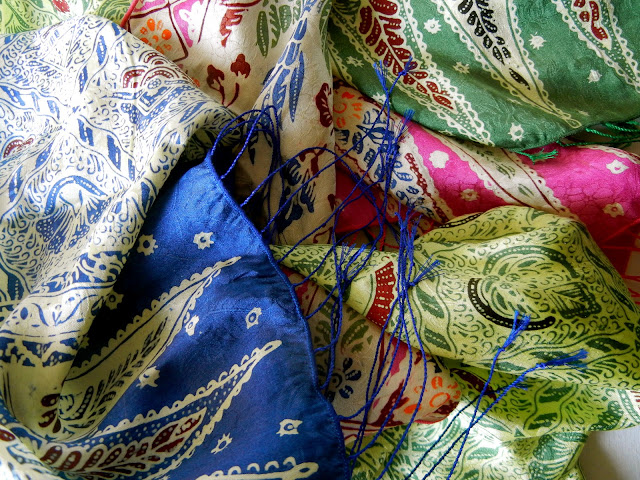 The silk scarves I mentioned earlier have arrived yesterday very promptly from Bali.
Very exotic and gorgeous. I do recommend Novica. By coincidence,
Weaver of Grass, one of my top favorite blogs mentions them too today.
*
www.novica.com
Posted by Elizabeth at 10:33 AM

Email ThisBlogThis!Share to TwitterShare to FacebookShare to Pinterest
Labels: novica