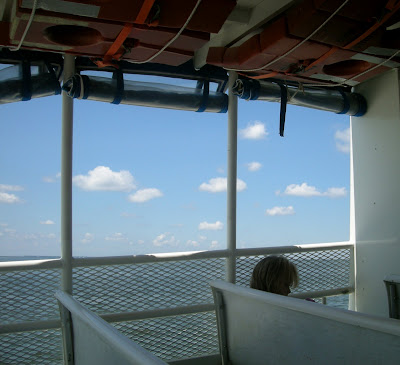 All this will be stale news to New Yorkers - so this post is for others. Fire Island is essentially a vast sandbar off the south coast of Long Island. There is one bridge but mostly you get out to the Atlantic beaches by ferry. 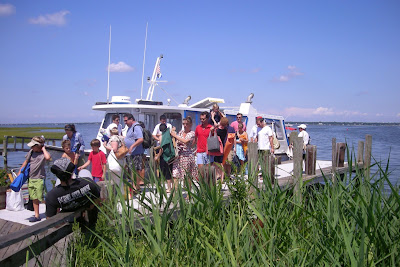 This 45 person capacity ferry crosses from Bellport in about ten minutes.
Everyone - except us who weren't warned - was well equipped with anti mosquito spray since, immediately on arrival, we were attacked by voracious hoards of bugs. Crossing the little island on the wooden walkway through the dunes was a torment. 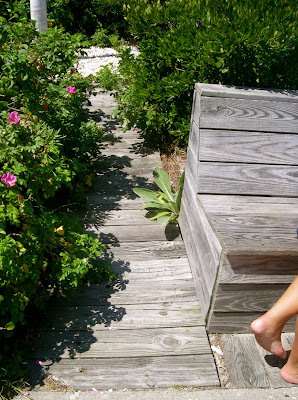 The wooden walkway and beach roses. The red hips look cool in contrast to the pink flowers. 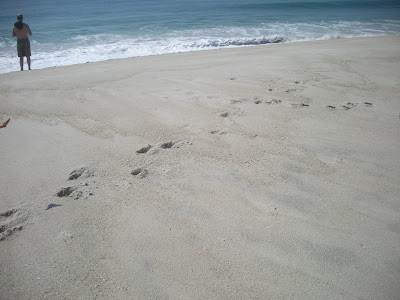 Deer tracks on the beach. Some people think the deer are a menace. I rather like them.
There was an elusive butterfly too. Every time I tried to take a photo of it it closed its wings. 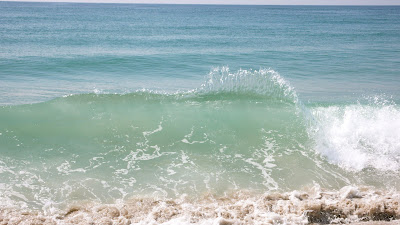 The water was an unusually translucent turquoise..........
The people on the beach were really friendly. We were offered anti bug spray for the walk back by a young mother who was merrily spritzing her infant daughter. She said this particular spray was less toxic than most.
Hard to balance the lesser of all sorts of evils...........We doused ourselves anyway.
Posted by Elizabeth at 8:13 AM