Exotic Costumes and Some Colors

This rather splendid get up was spotted on 8th Avenue around 15th Street where the wearer vanished down into the subway.
I never saw his face. 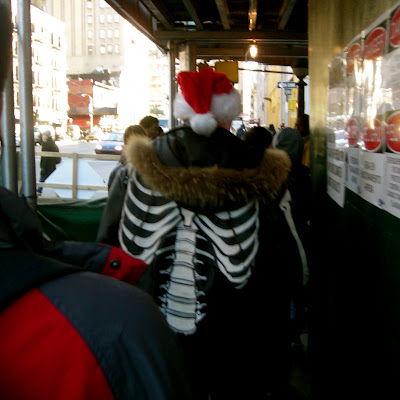 Is he sending very mixed messages? 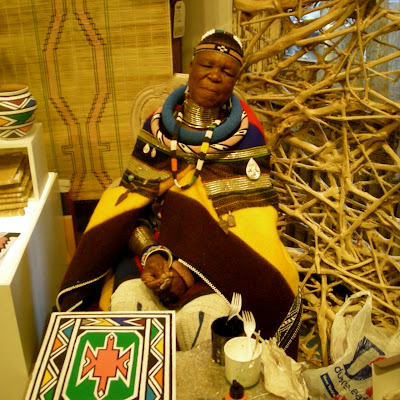 I admired the amazing attire of this artist at ABC Carpet. She was happy to have her photo taken --but could I buy her a cold drink? I did.
I don't actually live at ABC Carpet -- or only part of the time. My excuse is that it's on the way to the Green Market which, since it sells organic produce etc, counts as morally pure..... 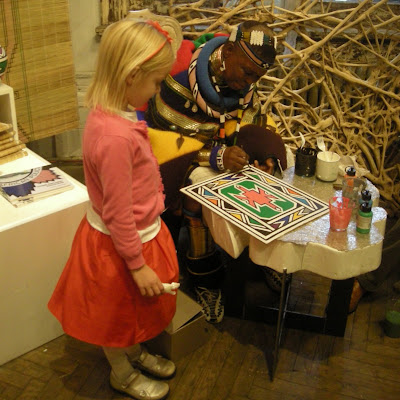 This young person, dressed for the season, was as interested as I was..... 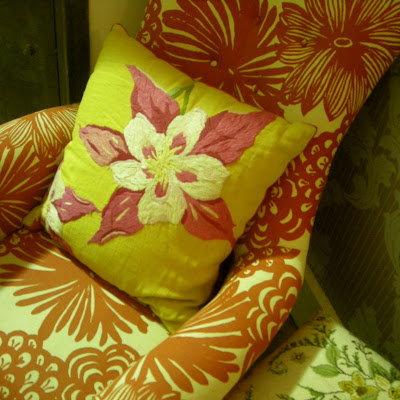 Would I want to live in a house where patterns abound? No. Are they splendid to look at? Obviously. Anthropologie, West Broadway and Spring Streets. 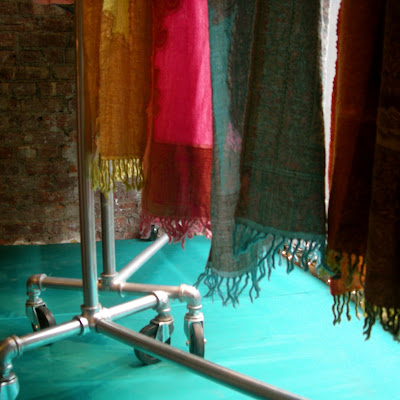 What a color for a floor! What toasty warm scarves. C.P Shades, Grand Street,Soho.
Posted by Elizabeth at 7:46 AM