In Tribeca some berries were catching the light under blue scaffolding. 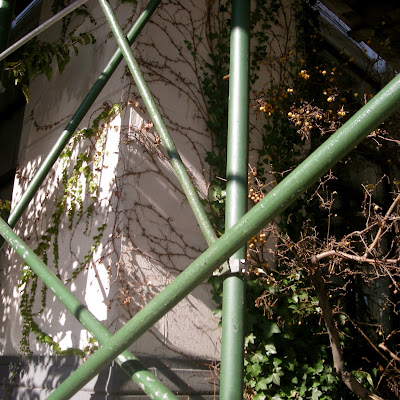 This photo seems to echo Summer Kitchen Interiors' one. 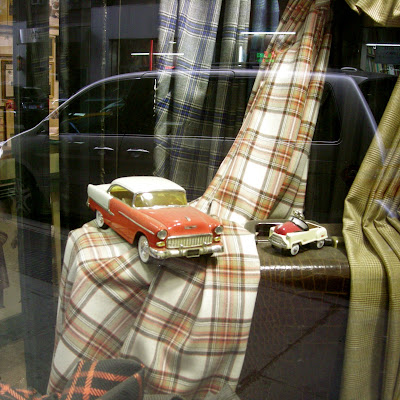 Yesterday afternoon we walked up to 39th Street since I wanted to show R. the fabric district Frances had told me about. Big mistake as we passed right in front of Macy's which was a mega-mob scene.
Beckenstein's on 39th Street has a wonderfully retro window. The car reflections reminds me of Sweet Repose's car shadow today. 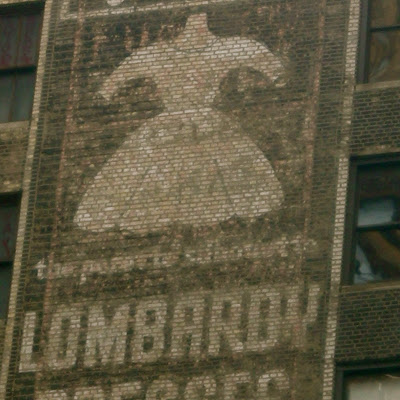 There is no actual shadow in this one -- just the ghostly retro shadow of a shop that once was. 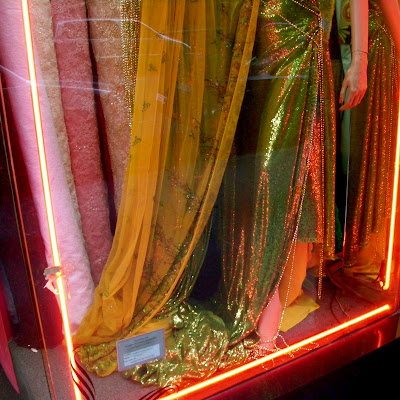 On 39th Street, between 7th and 8th Avenue, there is a heaven of glorious fabrics.
Many of the shopkeepers are Indian. We are thinking of the people of Mumbai.
I must thank Heyharriet as ever for hosting ShadowshotSunday and making the super collages.
Go to her site for the ever expanding and enthusiastic roll of Shadow Shotters.
This week I'd really like to thank her for  her very kind plug for my little book.
Bloggers rule!
Posted by Elizabeth at 7:05 AM