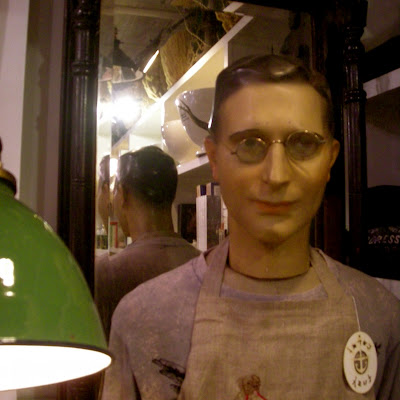 This character lives in john Derian's Shop on E. 2nd Street.
He looks very polite - bordering on obsequious - but says little.
In spite of his youthful appearance and slicked down hair, I think he is quite old. 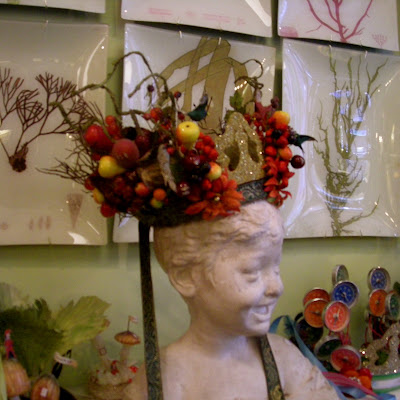 Good to be young and cheerful.
And to have festive headgear.
I think Desiderio de Settingnano made the original of this, but if he didn't, he has a very fine name anyway. 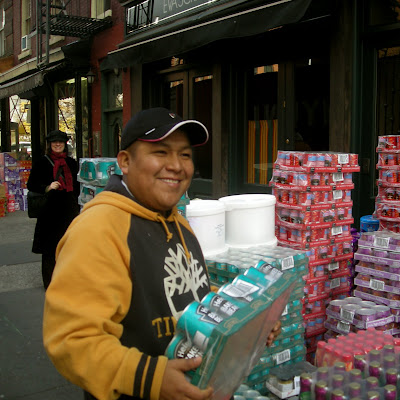 Lots of good stuff --including Heinz Baked Beans and lots of them-- were being delivered to Myers of Keswick on Hudson Street.
I asked the people doing the unloading if I could take their pictures, and they were very obliging.
How tiresome bloggers can be.
Note the elegant bystander in the background. Prize to the first person who recognizes her. 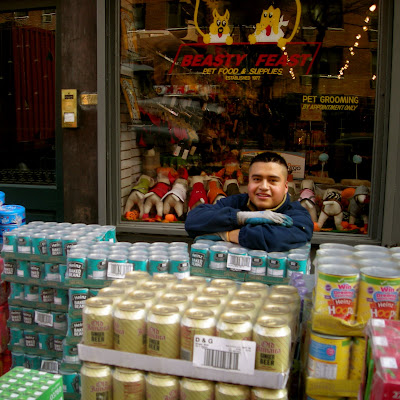 Easier to have your picture taken when you aren't actually toting anything.
More baked beans -- to look at and for nostalgic purposes rather than to eat. 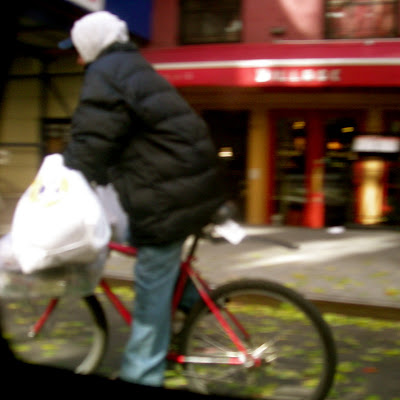 Yesterday was horribly cold. This delivery man, carrying at least four lunch orders, sped off through the chill.
Posted by Elizabeth at 7:42 AM