As long time readers of the this blog probably know, I'm married to Robert Schmid, the painter. 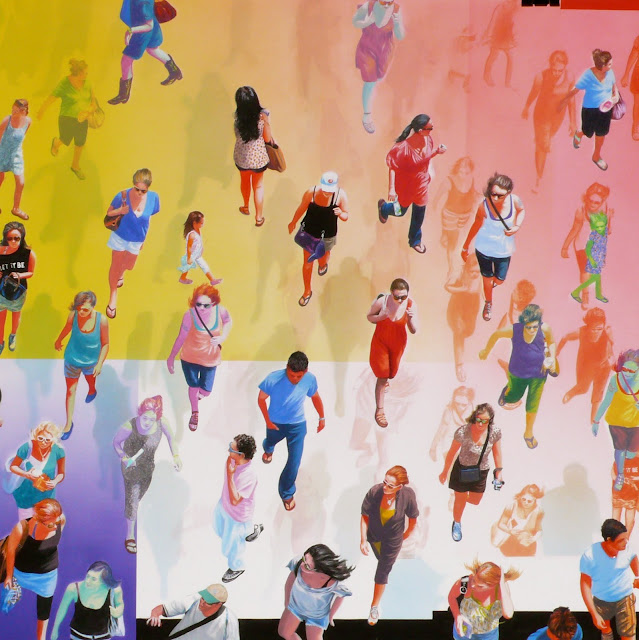 His new show is opening this Thursday (June 2nd)  at Sears Peyton in Chelsea. 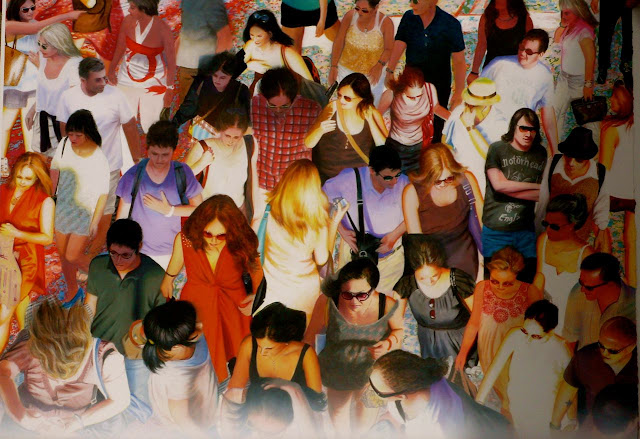 Most of the paintings have quite a lot to do with New York --in one way or another......the people 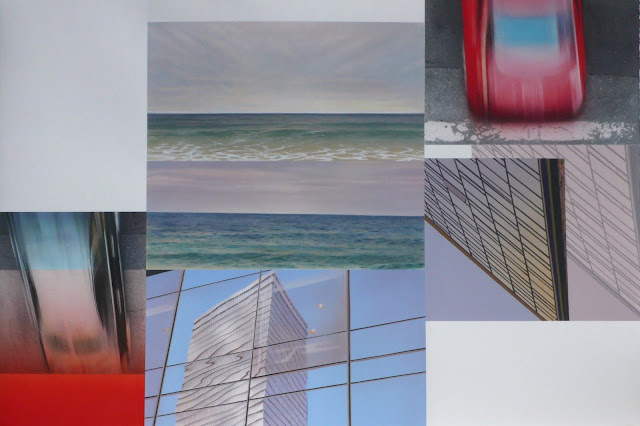 the cars, the buildings, reflections 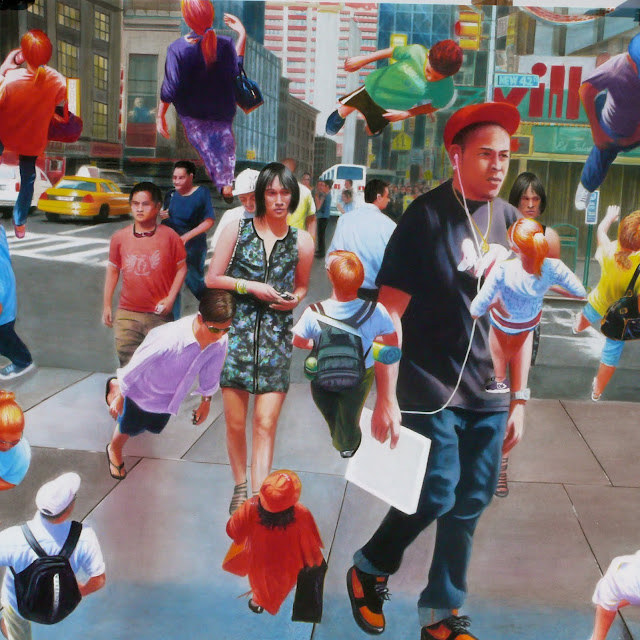 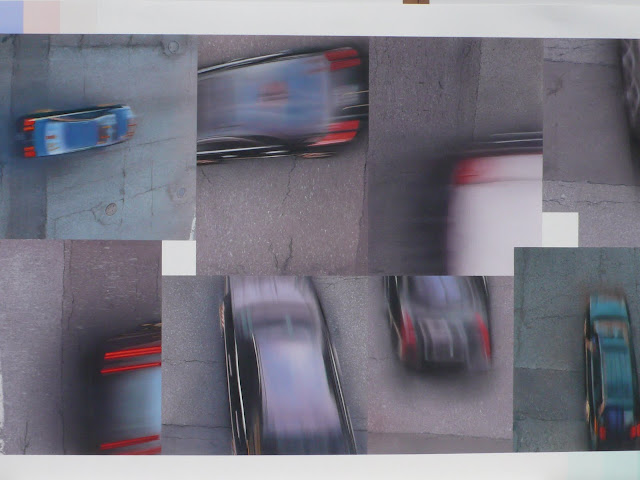 The show runs all through June, so if you are in New York......
Press Release:
Robert Schmid was initially trained as a chemist, and his background in math, science and art combine to create paintings about ideas. He paints what he sees, experiences and thinks about, using his work as a sort of visual diary recording images that defy verbal explanation.
Many of his paintings have been influenced by quantum mechanics, the Fibonacci series, fractals and electronic distortion which all effect the patterns and visual organization of his work. He says, “I love the mind’s manipulation of time; there is no universal now. The ideas for the paintings come from thoughts and experiences often totally unrelated to art.”
He has been painting figures for many years, from life, the computer, TV and photographs. His current work uses photoshop as a method of ‘sketching’, organizing and positioning figures before they are painted. The crowd scenes are a result of taking individual figures and placing them close together. These works have a peculiar sense of uncertainty because the randomly placed people create a sense of perceived patterns and associations even as they are separate and unrelated.
Most of the images are from Manhattan, Florence and Marrakesh.
Works on paper and canvas.

Posted by Elizabeth at 3:05 PM