Those of you who read this blog pretty often will recall many happy days at Field 3 of Robert Moses State Park. So this post is just one in a series taken through several years. 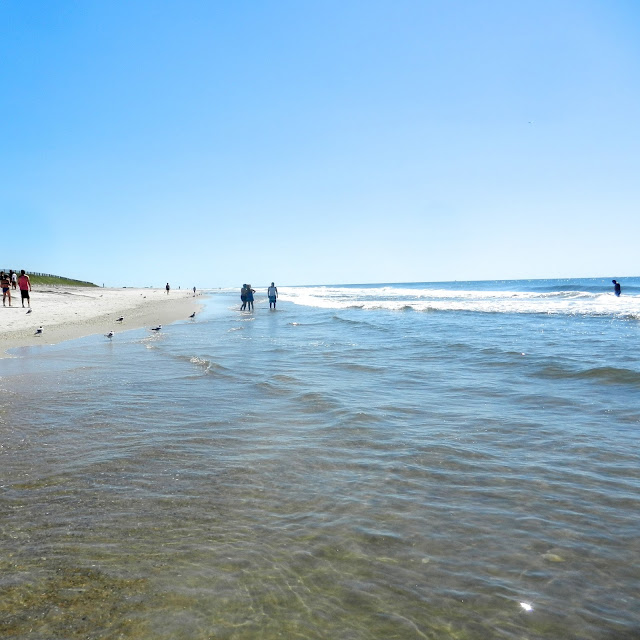 However, Hurricane Sandy really caused some fairly significant changes. For one thing, the pitch or angle of the beach is altered. 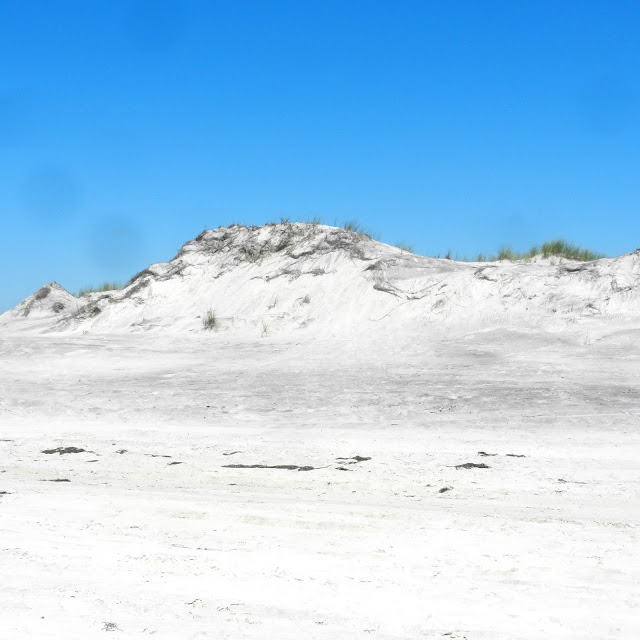 The dunes on the west end of Field 3 look rather battered. 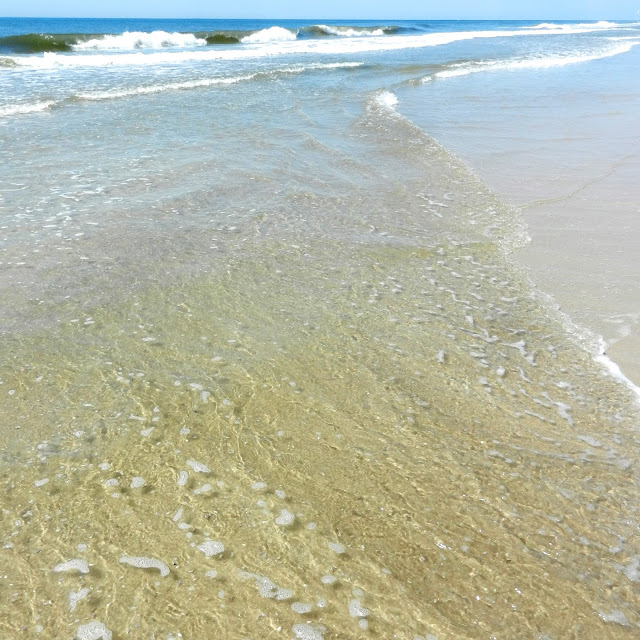 The beach is now somewhat flatter which is lovely. 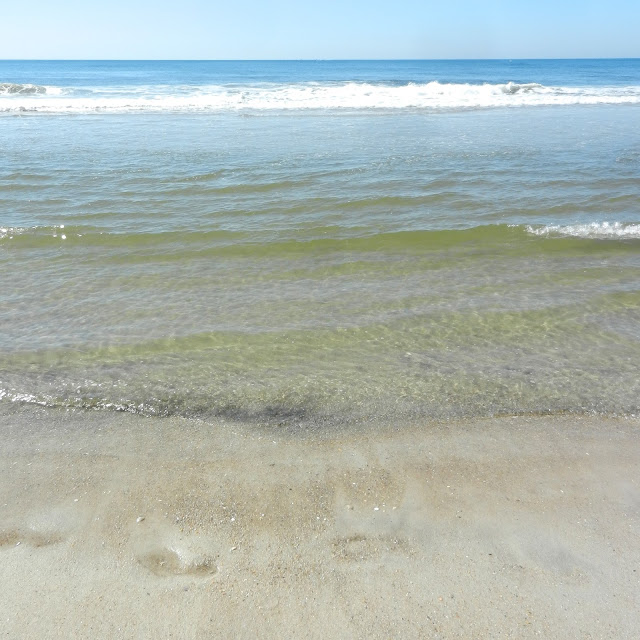 Instead of the sand being all pure beige or 'sandy', there are now some washes of darker sand which seems lighter - and floats to the surface. How clear the water is!  The posh word is pellucid. 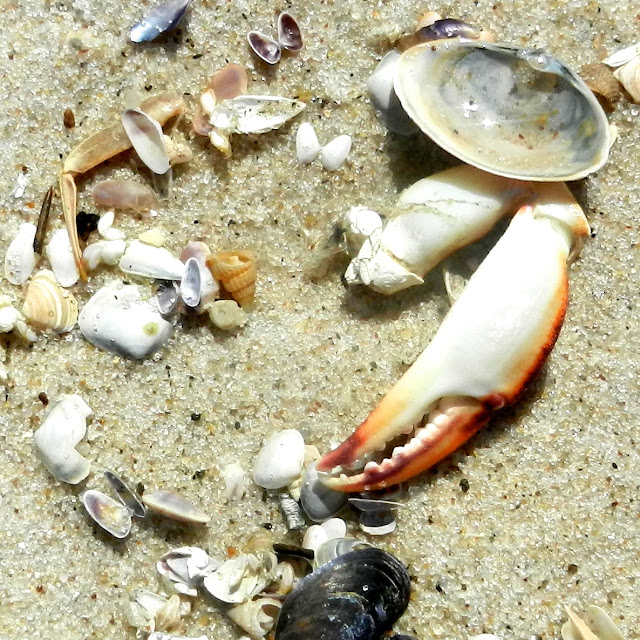 One thing Sandy did was wash away one lot of sand and replace it with another. (Well, the Corps of Engineers helped). People who have those little wands to look for metal treasures are miserable... 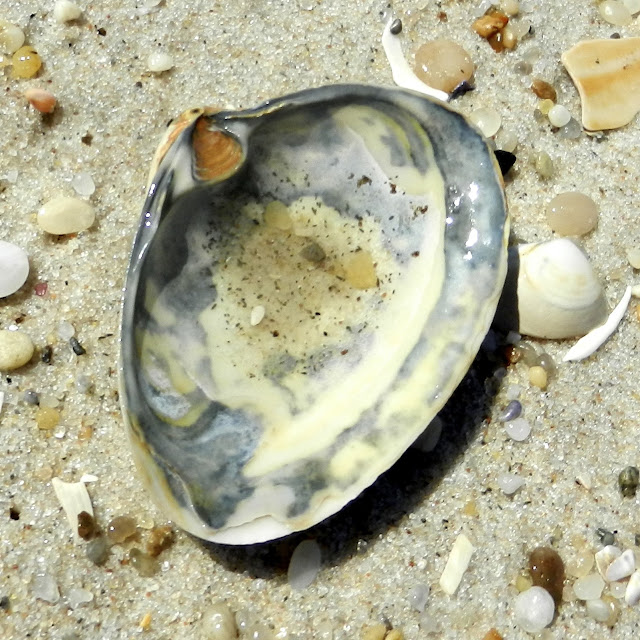 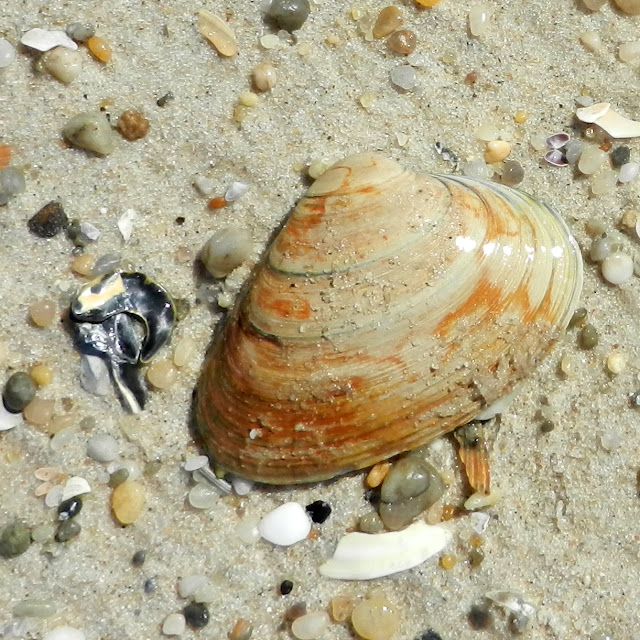 How sheeny and shiny the wet shells are - and how dull they get sitting in a jar or on a shelf at home. 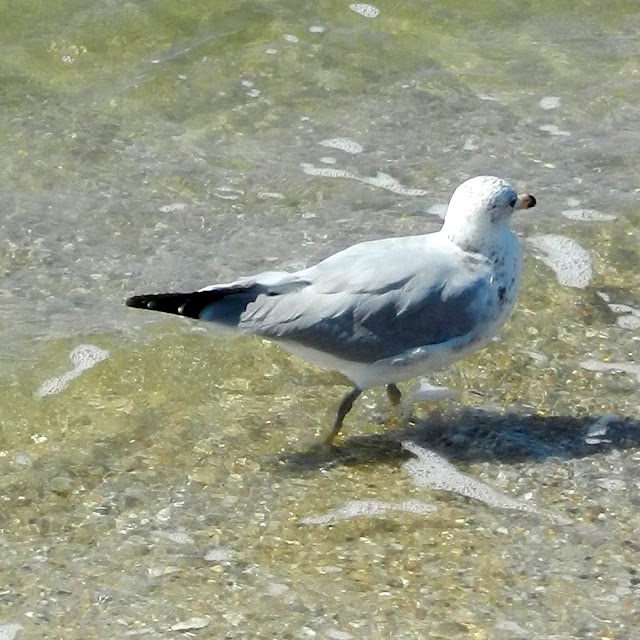 The birds were out in force... 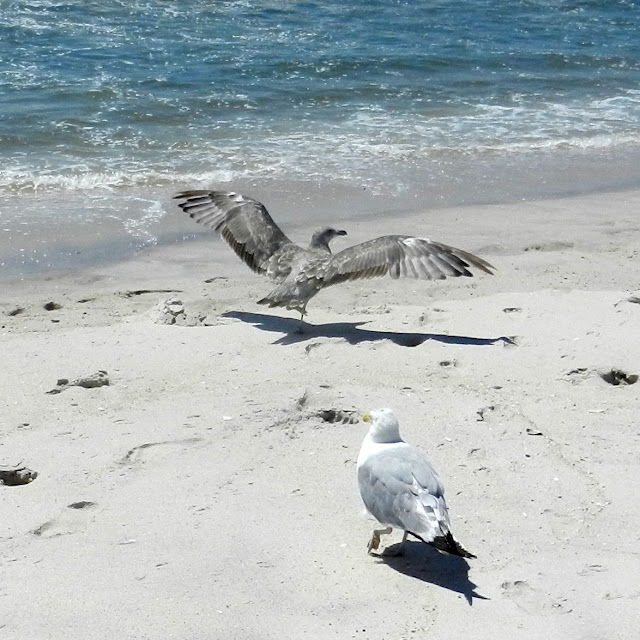 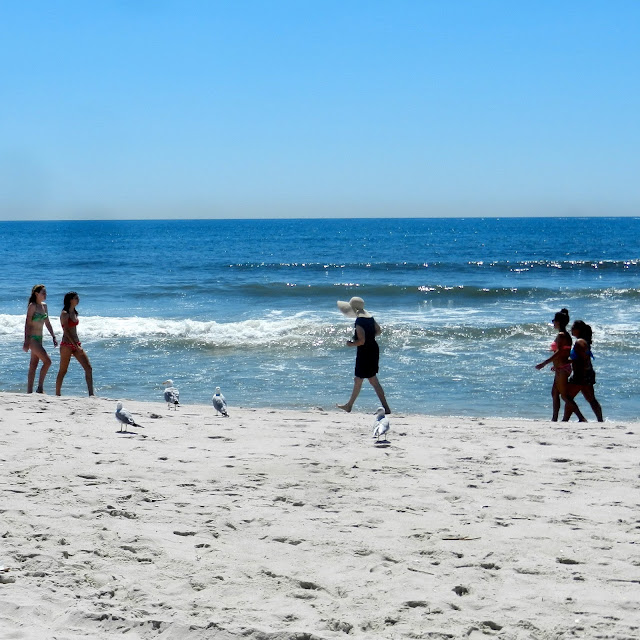 The people were there walking 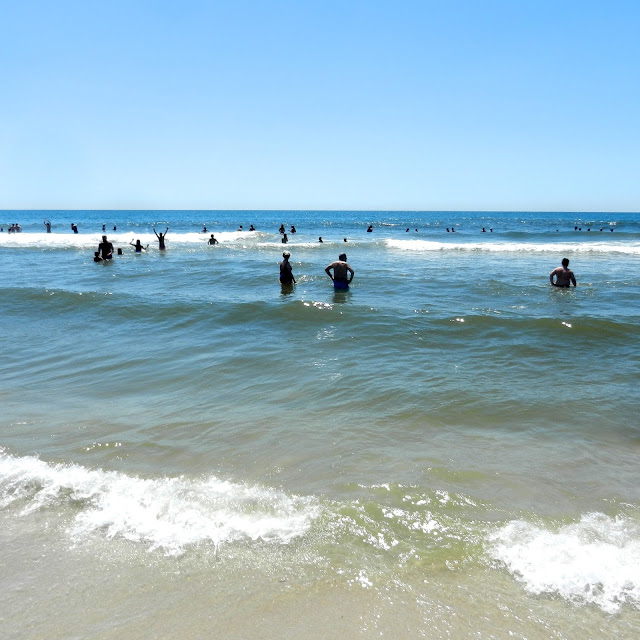 or just hanging about in the waves. 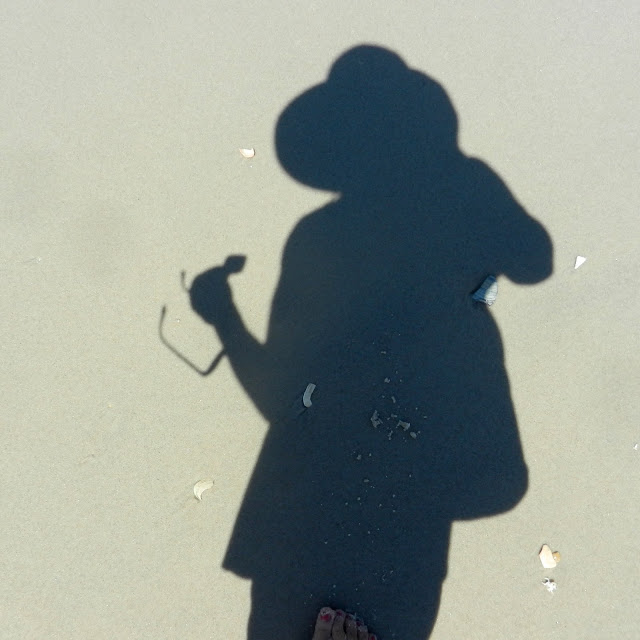 My shadow was there looking like some odd Edwardian traveller. 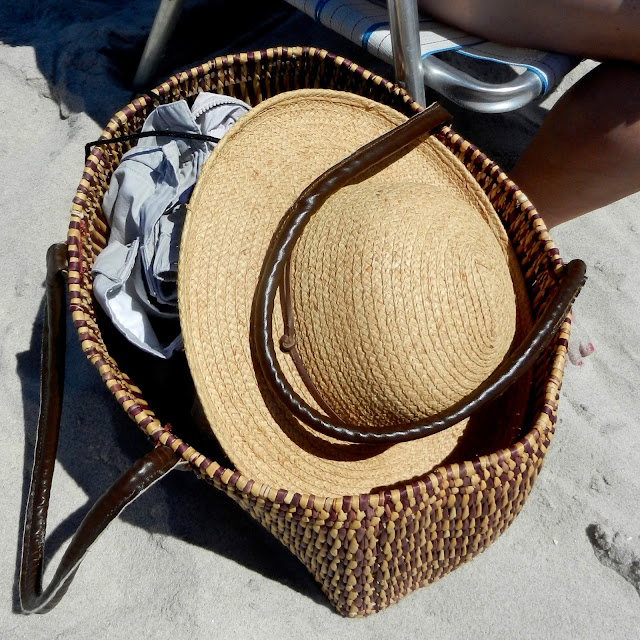 Lori's beach bag from Morocco was there too.