More Stories from Stormville: Reflections on a Batty Week

As people who read this blog often probably realize, I spend quite a lot of time wandering about. This is partly because of the dog and partly because we don't have a car. The city is recovering from the storm a lot quicker than the communities on Staten Island, New Jersey and Long Island. We are lucky: herewith some recent pictures. 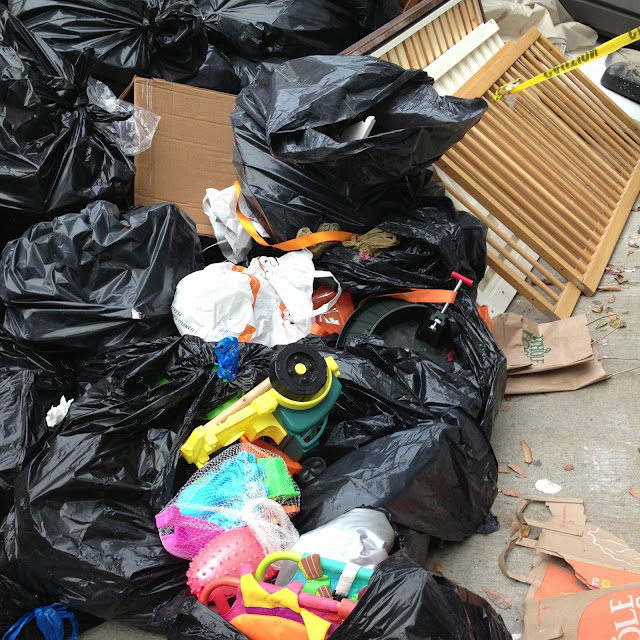 Trash piled up all over the place. Here on 23rd St. Note the toys and the child's crib. 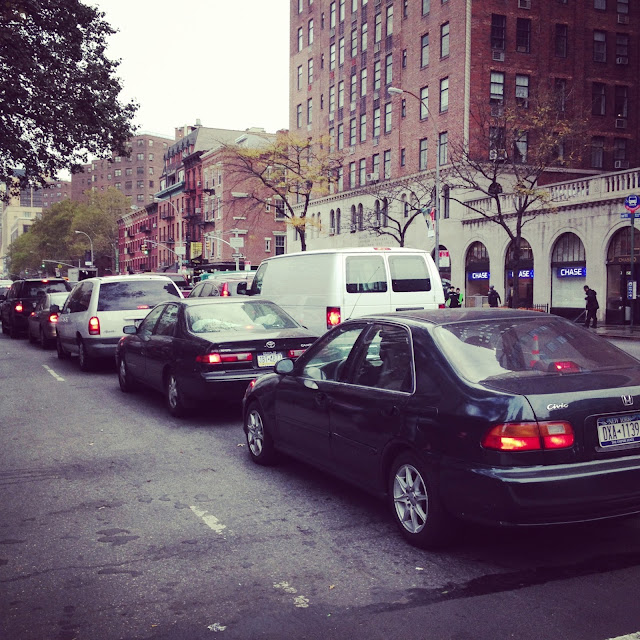 Long lines for gas --here the corner of 10th Avenue and 23rd St. 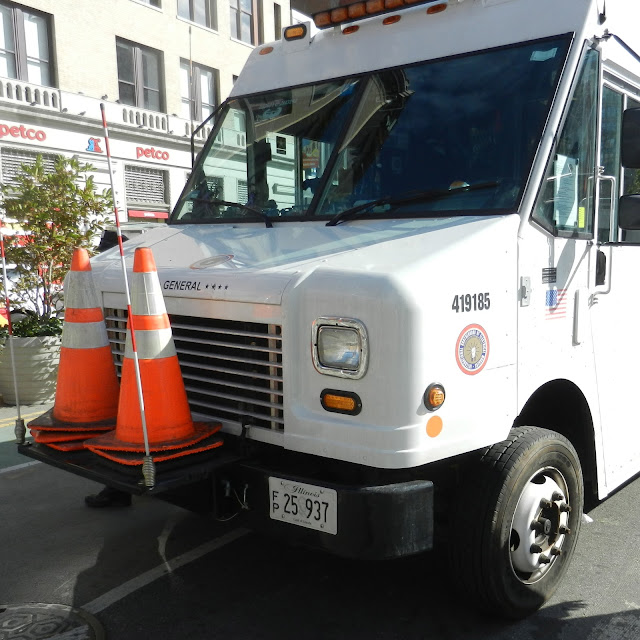 A utility truck from Illinois in Union Square. There were also ones from Arkansas -- in fact from all over the country and also from Canada. Thank you. Thank you.

One of the few good things about all this is perhaps people without power are getting a chance to catch up on their reading -- except by now they are probably so incredibly miserable they might have lost interest in even doing that. Those whose power is restored, are glued to the thill of having TV. (Us too!) 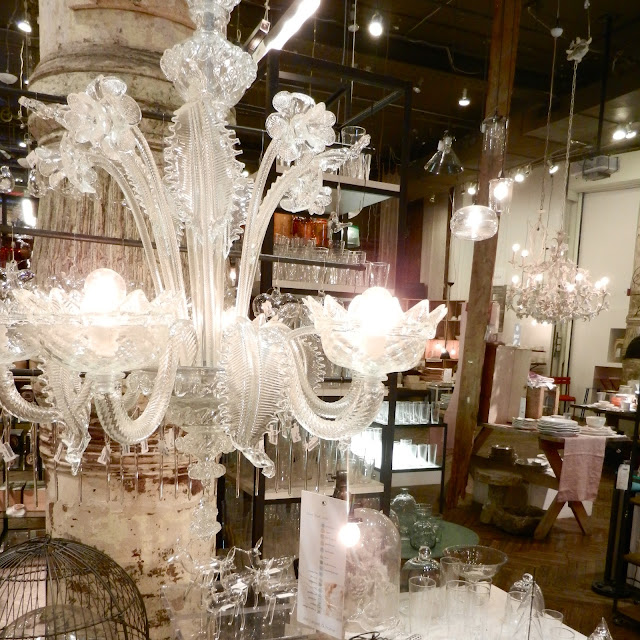 On Monday Frances and I took a break from all the gloom to enjoy the glitter of ABC Carpet which was all Christmassy and glittery and magical. 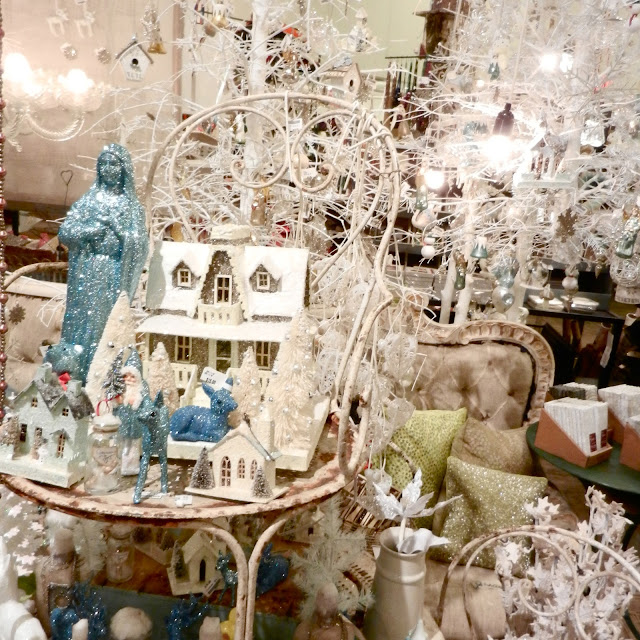 I've started being very fierce about trying to buy things not made in China. It really is quite possible --though sometimes challenging. 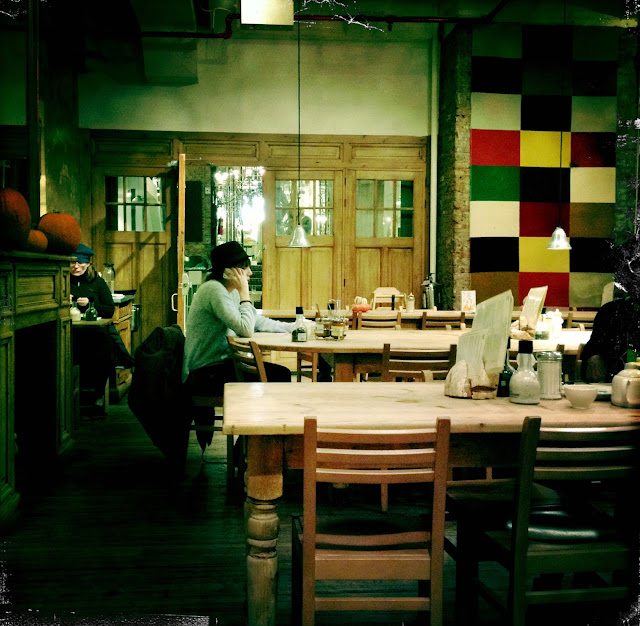 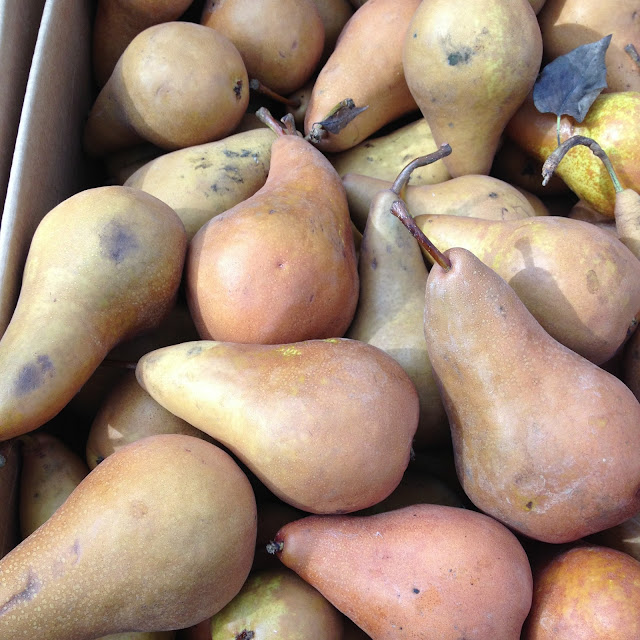 then went to the greenmarket which has moved to 23rd St and Madison Square Park from Union Square. 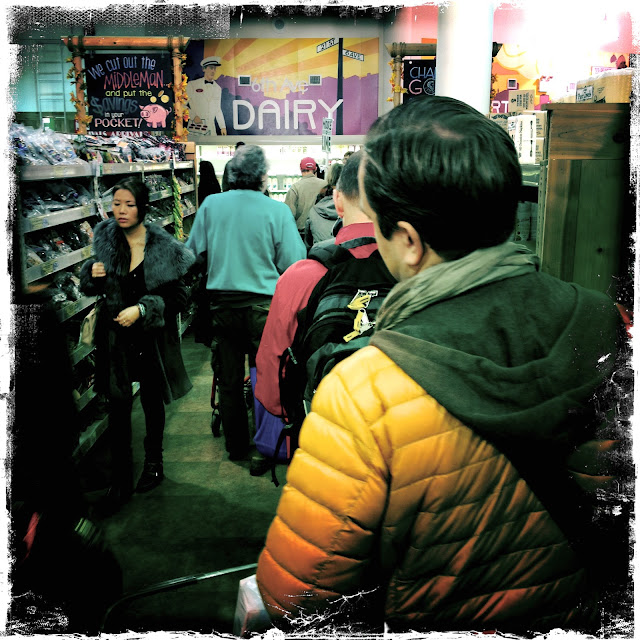 On the way home, I went to Trader Joe's which had incredibly long lines......... 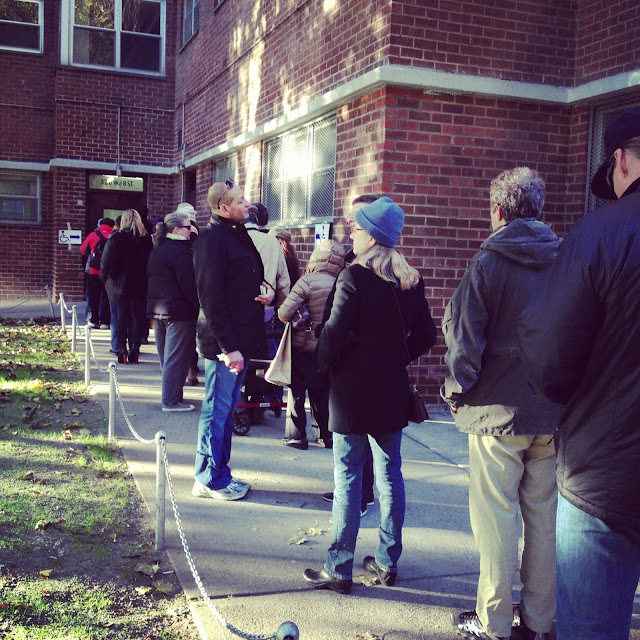 On Tuesday we waited to vote for over an hour in the chilly afternoon. It was all very disorganized, though the volunteers were doing their best. (Other people elsewhere had to wait far longer!) HOORAY for the results! 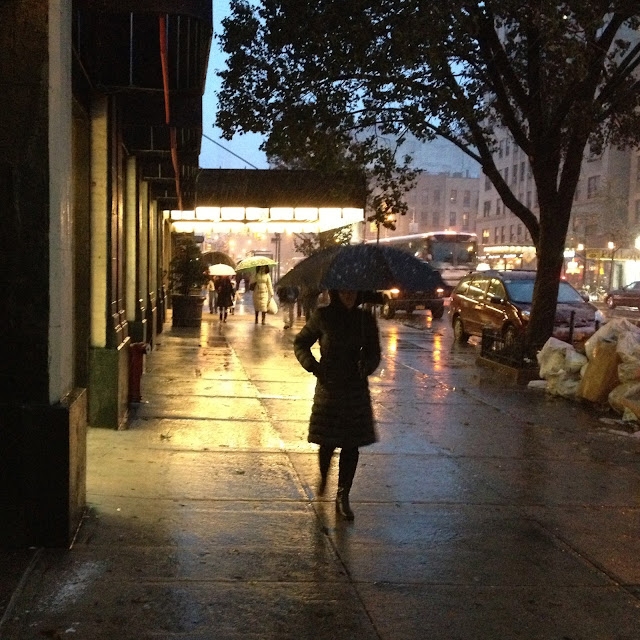 So, the day after that, it started to snow 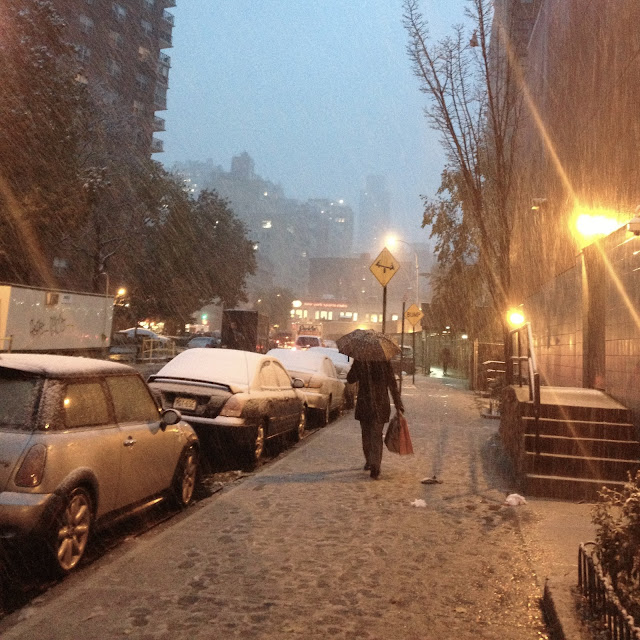 and snow some more 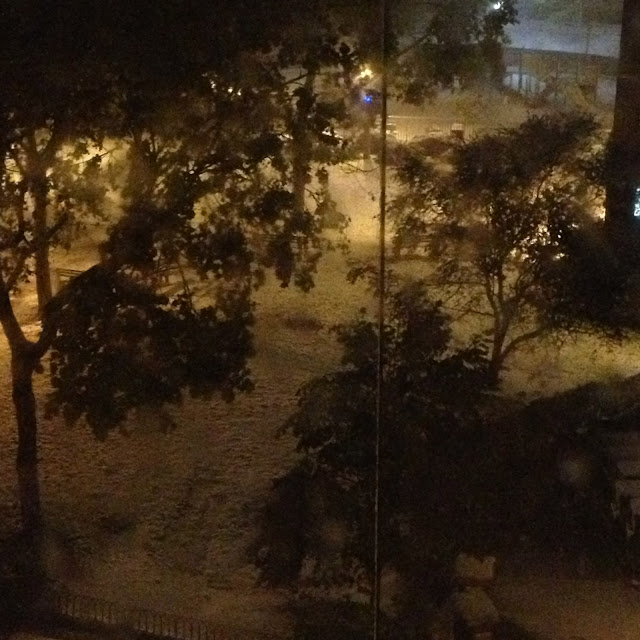 until it covered the lawns. 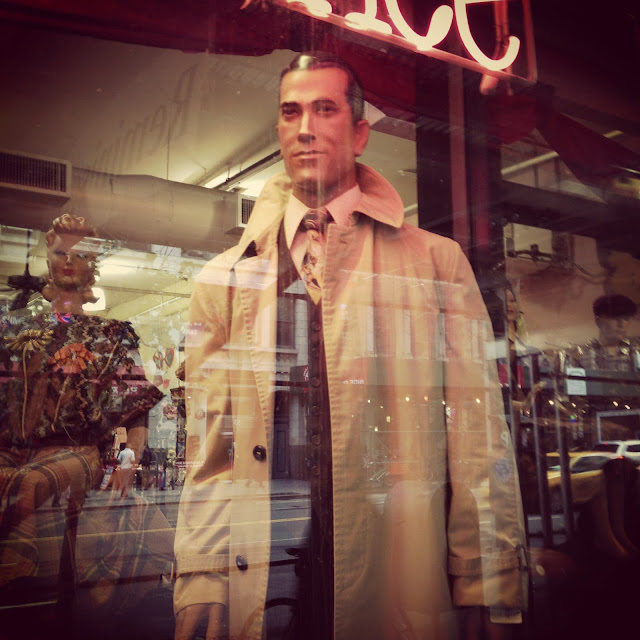 I think this shop window dummy has the right coat on. 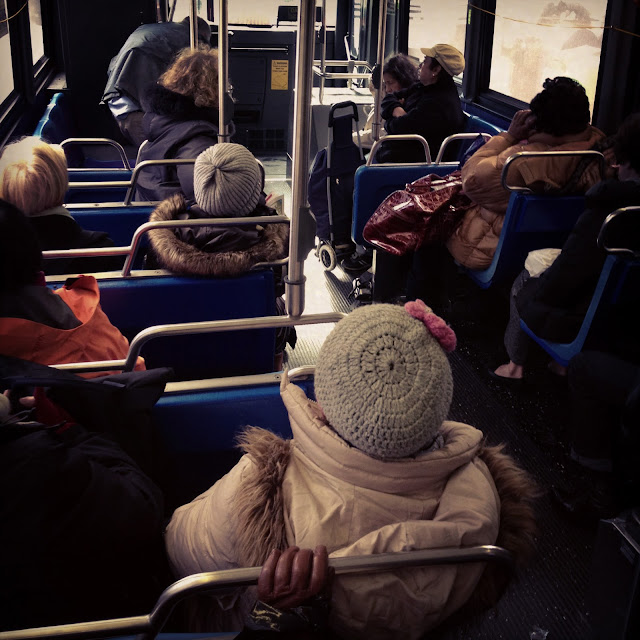 In the bus I see wooly hat season is upon us. 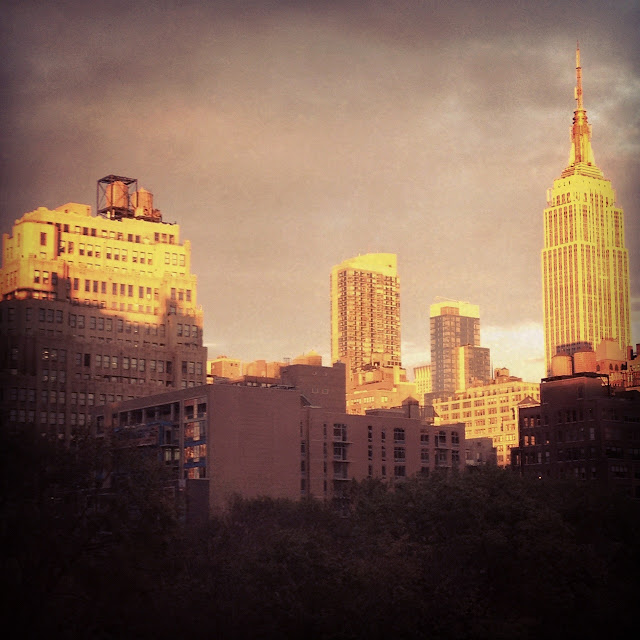 Yesterday evening the ESB was bathed in celestial light 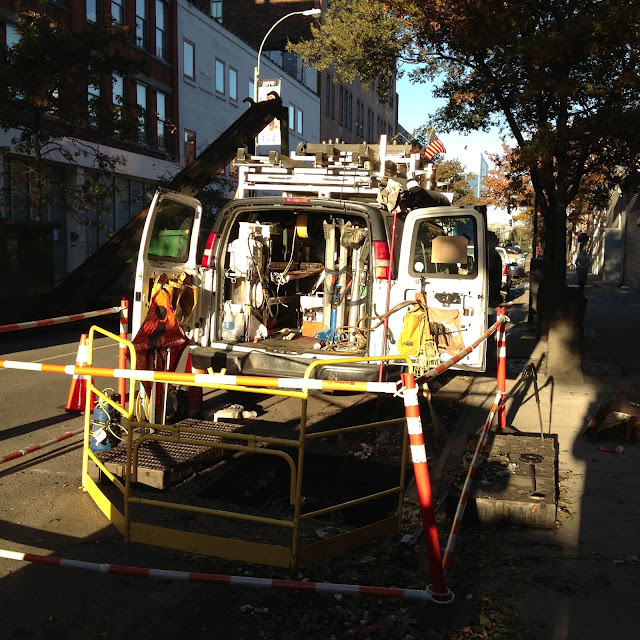 and this morning CON ED is back at work. Look at all that complicated equipment! If it was left to me we would still be in the Dark Ages....