In 1990 we bought the wonderful house in Centerport, Long Island built by the artist, James Lewicki. In the process we became friends with his widow Lillian and daughter Lisa. 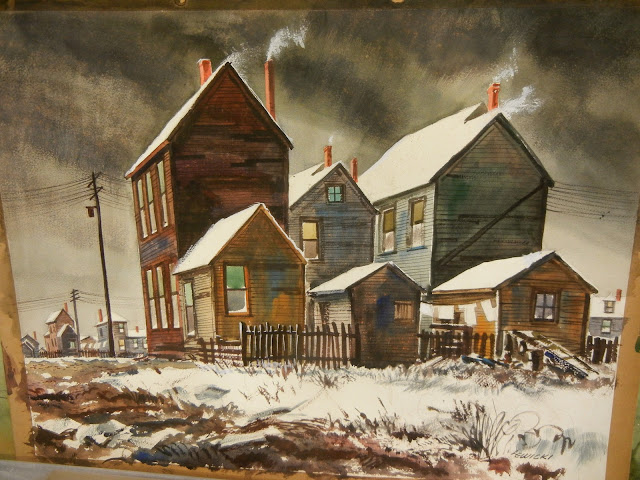 Lil died last year. Jim, from all the family say, was quite a character, a prolific artist probably best known for his illustrations for Life magazine.  Last weekend Lisa was selling some of his remaining  paintings. This one, probably from the 1930's, reminds me a lot of the work of Charles Burchfield. 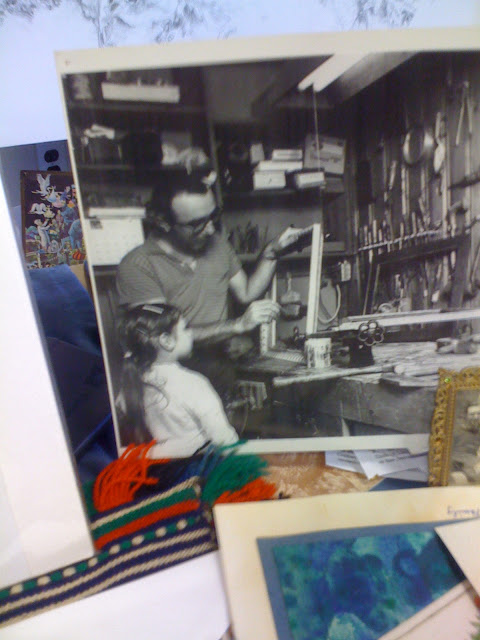 Not a very good photo of a photo of Jim and Lisa in the studio where Robert later worked. 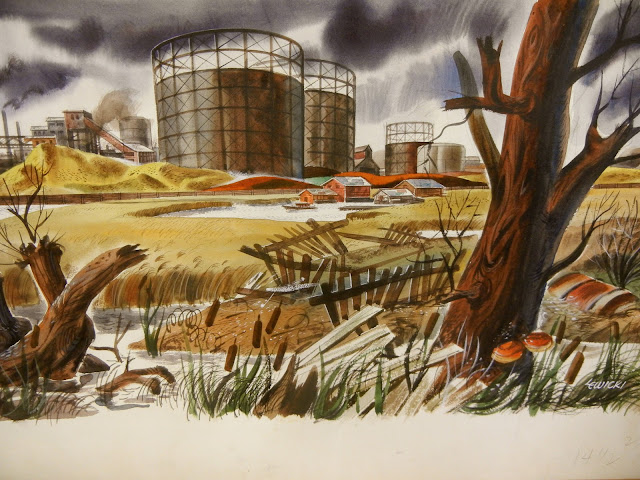 Industrial landscape that manages to be arresting 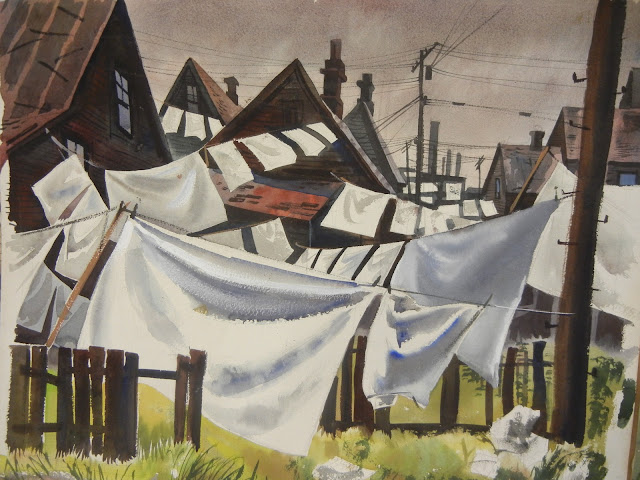 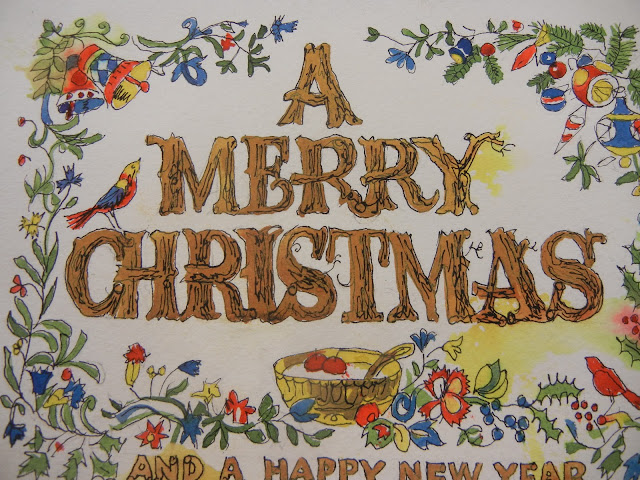 Jim also had a long association with American Greetings cards. He would do a selection of watercolors and the company would choose which ones to publish. A sketch above. More in an old post here 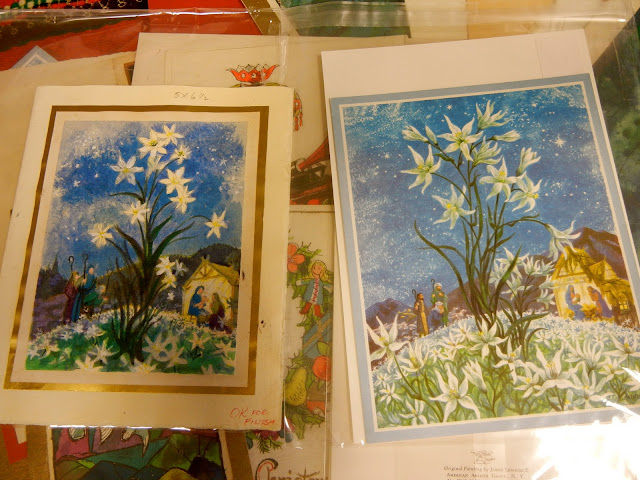 A sketch on the left and the finished product on the right. 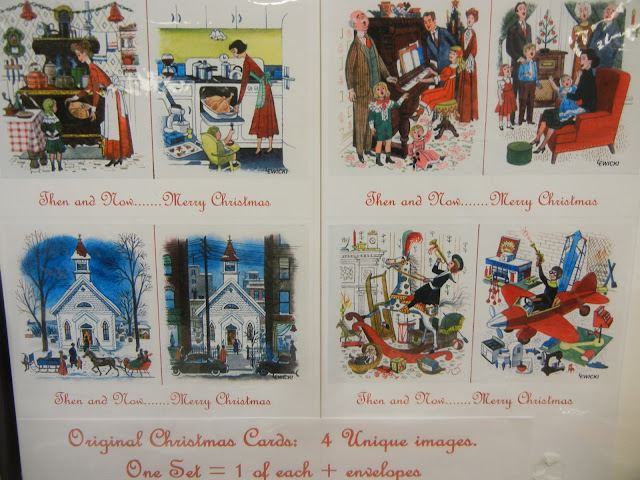 Hard to see these clearly --Then and Now ( except "now" is now fifty years ago!) Very charming and retro.
For lots more information about the paintings and cards (some of which are available in reproduction) contact Lisa at  lisa_hermanson@verizon.net
Posted by Elizabeth at 7:12 AM