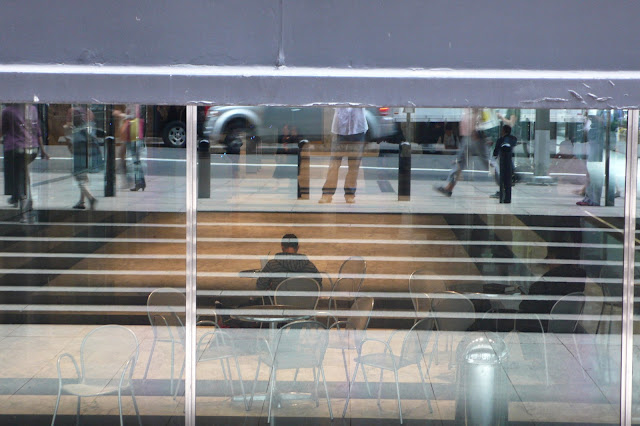 whose legs you can see in the center of the photo above. I really hate crowds 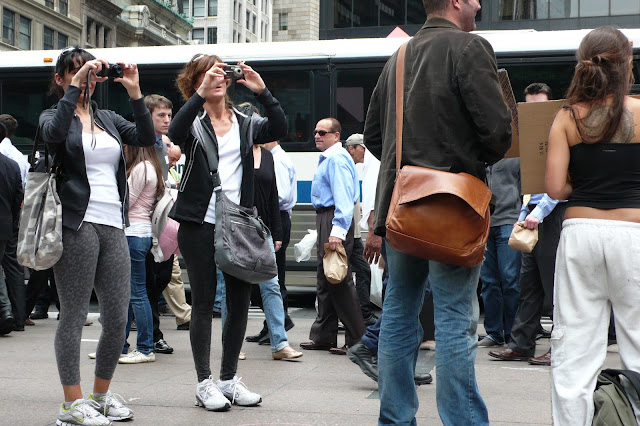 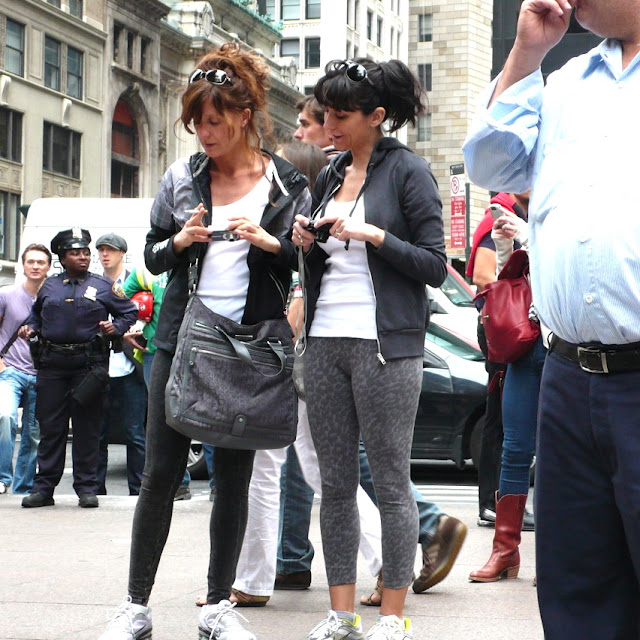 Note the policewoman on the left.  The crowd seems to be a whole cross section of society, including students, out-of-workers, out-of-towners, the politically savvy, the politically naive, people who like street theater, people who feel terribly sad about the direction our society is going, union members and the odd person on the way to  his or her lunch. 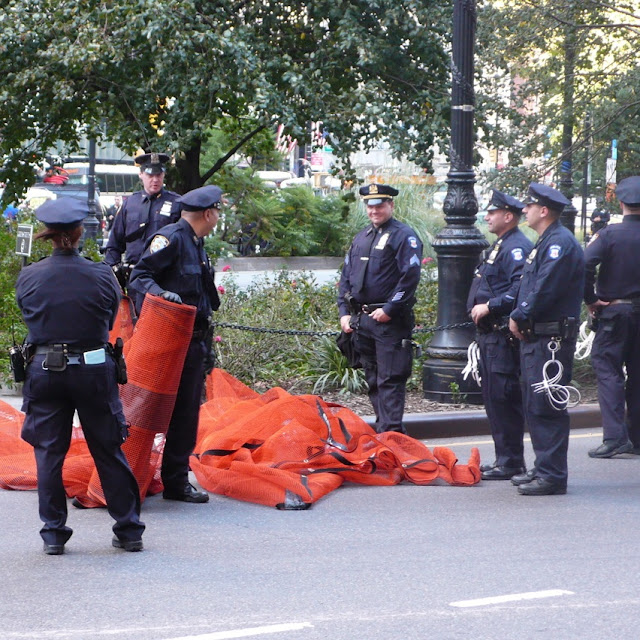 The police were ready with netting and plastic handcuffs, but not water cannon or dogs. I'm always frightened demonstrations will turn violent --but think of all the good that has come out of them --the end of the war in Vietnam, getting rid of apartheid, Civil rights here. 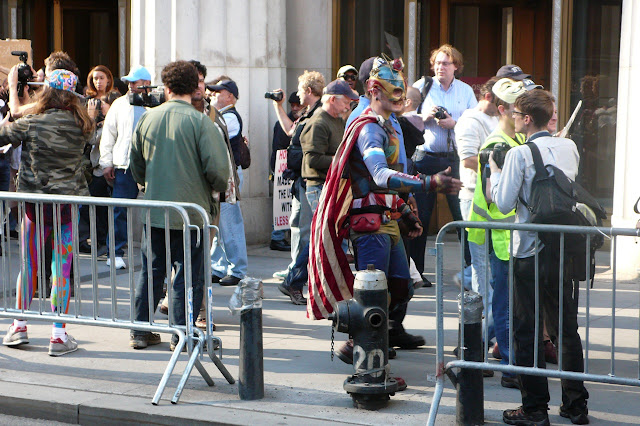 Wall Street is merely a symbol of something -- of corporate bailouts and CEO's whose yearly salary would last most of us more than a lifetime.
Time to dress up in the flag 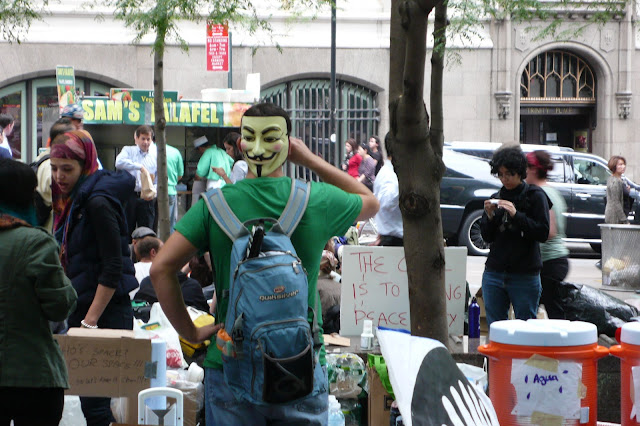 or put on a mask. 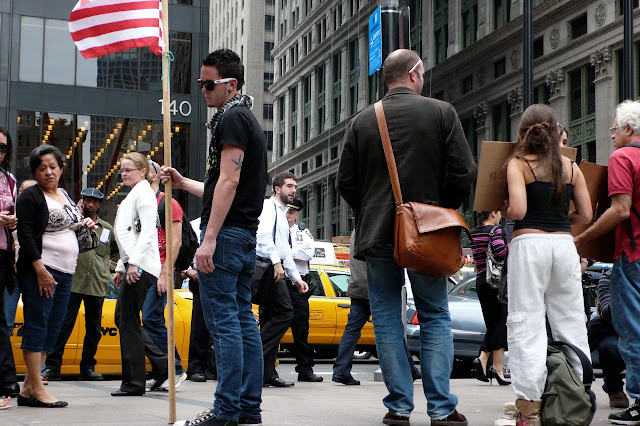 Most of the people look very ordinary. 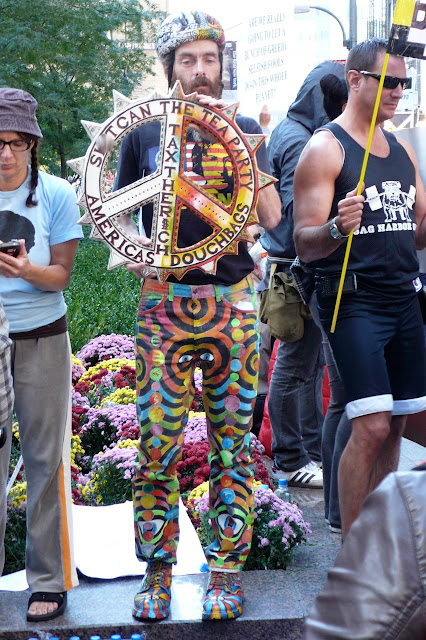 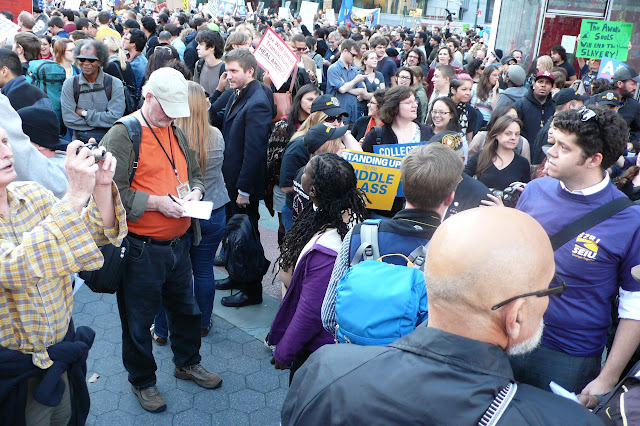 Just people who want to be heard. 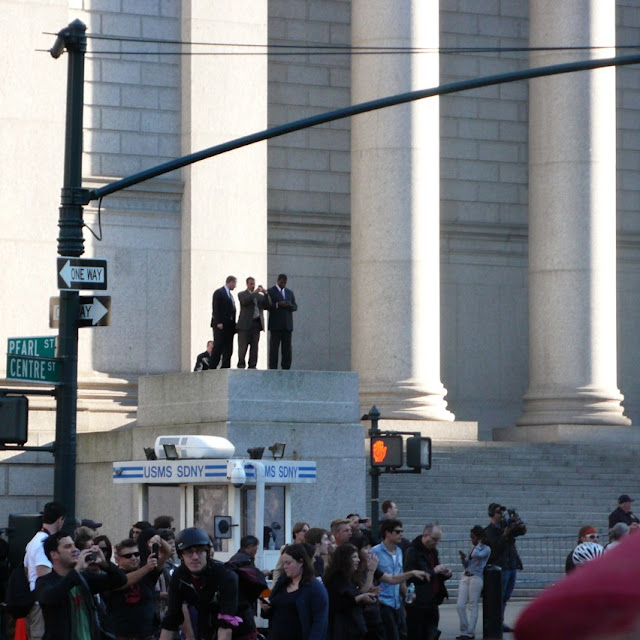 Posted by Elizabeth at 1:02 PM