Signs of the Season

I always think of the feast of St. Nicholas as the real opening salvo of Christmas. The birds and the squirrels are enjoying the last berries revealed by the leaves' absence. Somehow a rather disheveled penguin has arrived
and taken up residence outside an art gallery on 22nd Street. 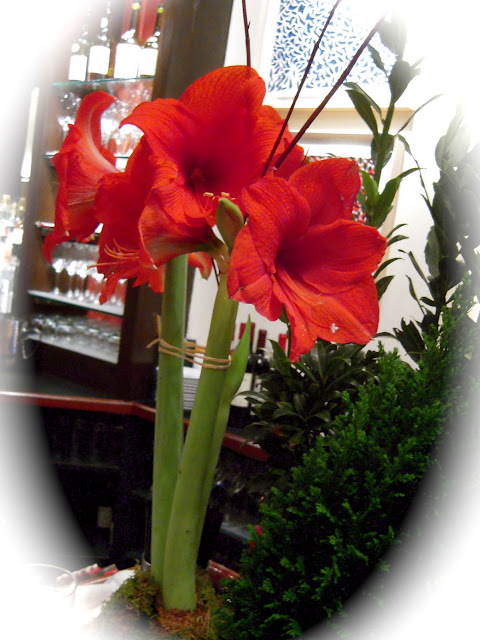 A red amyrillis in Union Square Cafe .
I think they get all their greenery from the market just near by. 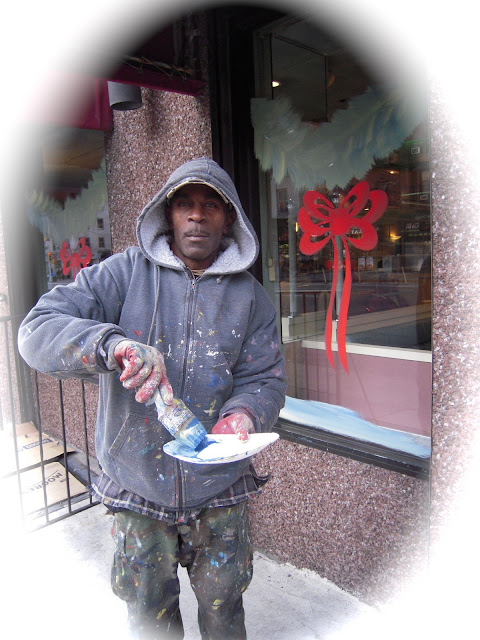 Yesterday Berch was painting the windows of the two diners
on the corner of 23rd Street and 9th Avenue. He works astoundingly quickly. 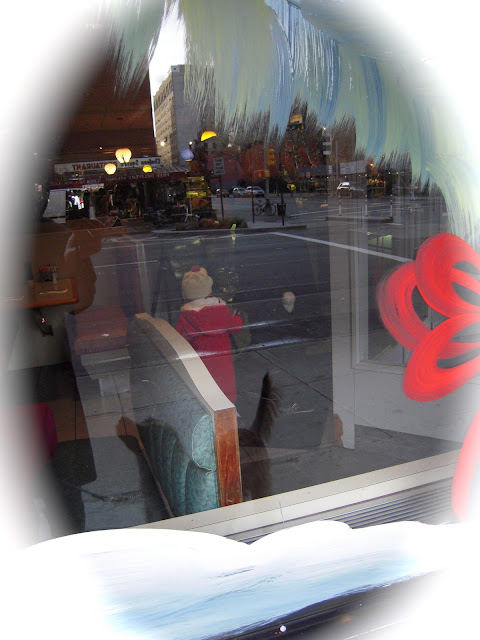 I wanted to get a better picture of the little girl in the red coat dressed up so nicely.
Attentive viewers will see Buster's reflection. 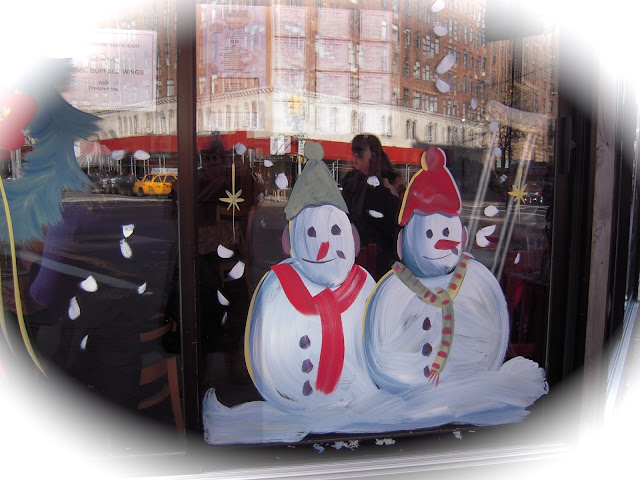 These two snowmen look pretty cheerful despite the crutches on the right of the picture.
Did one of them fall over on the ice?
It started snowing very lightly here this morning.........
Go here to read all of  Jane in Winter, my Christmas story set in 1950's England.
Posted by Elizabeth at 11:20 AM