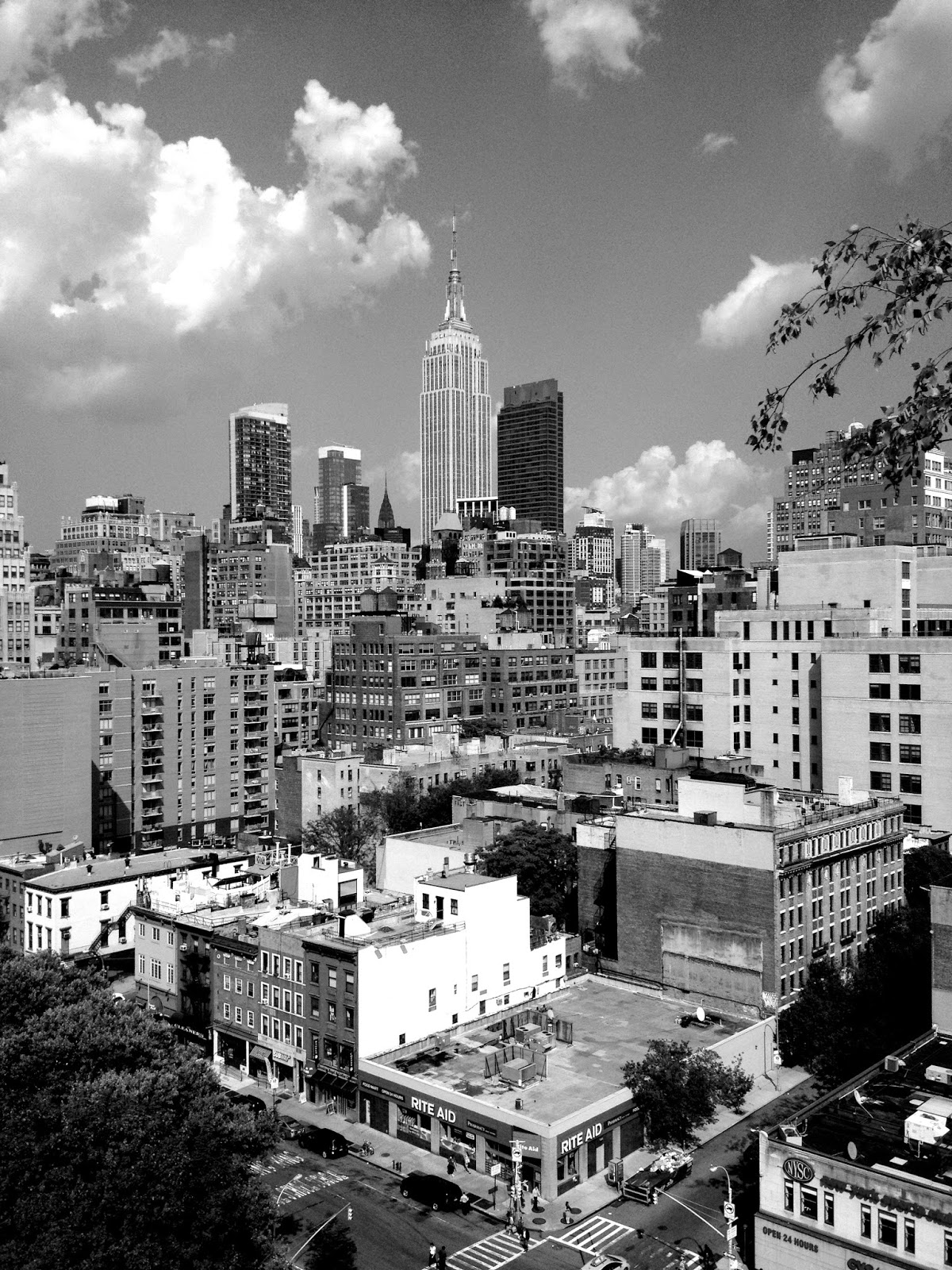 I love taking pictures of people... but most people don't want their photo taken by a random person in a public place. One can hardly blame them. 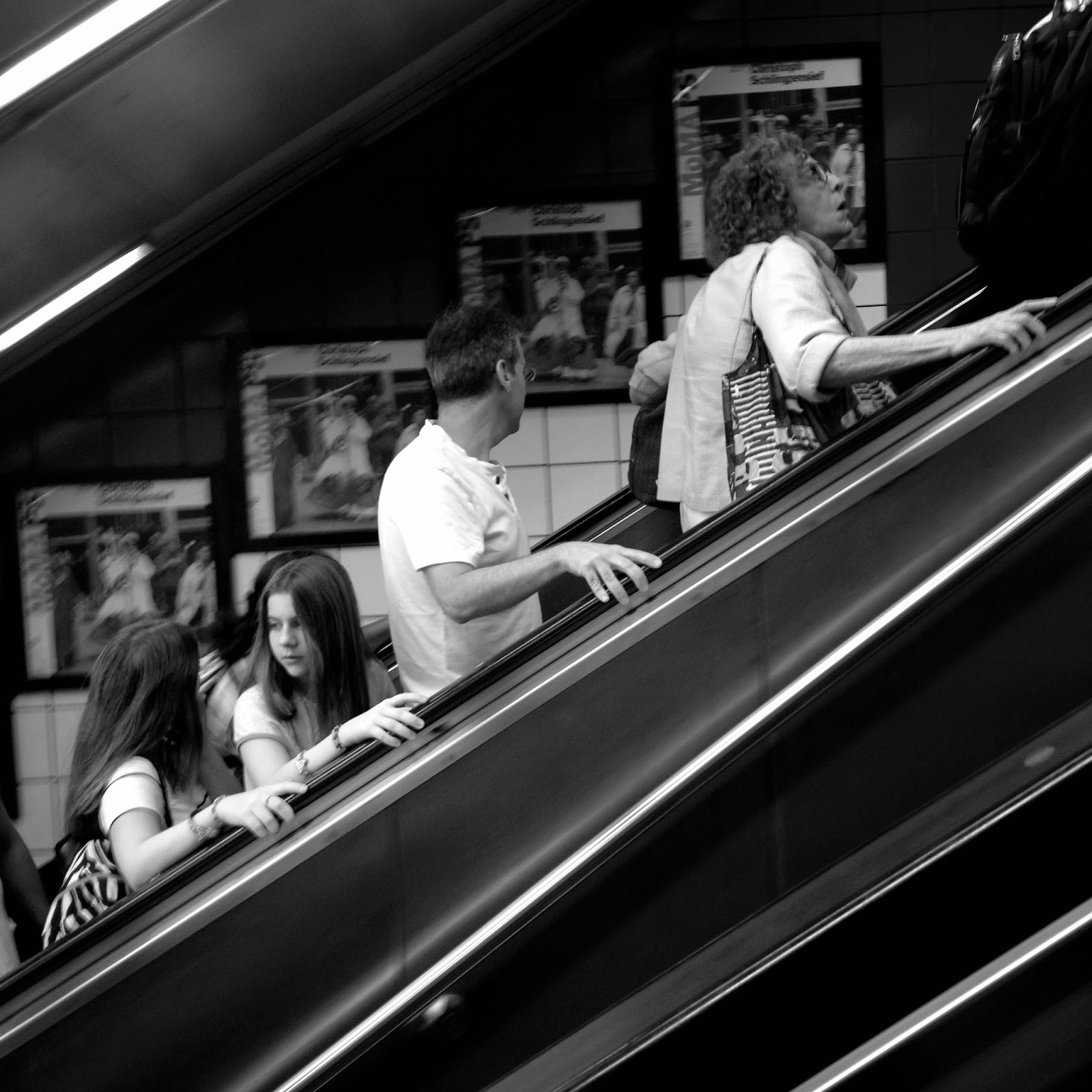 So I resort to taking photos in very public places like the subway escalators... 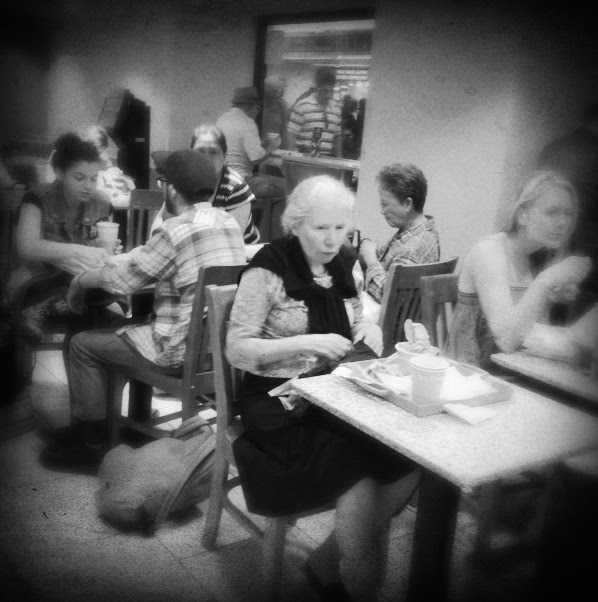 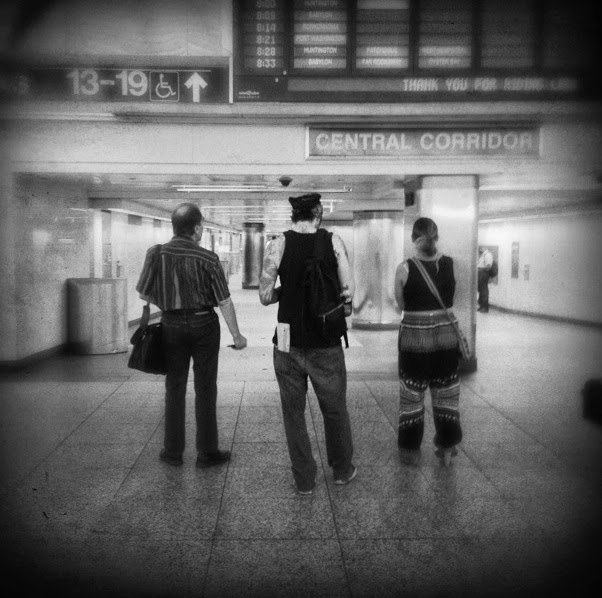 and Penn Station itself... 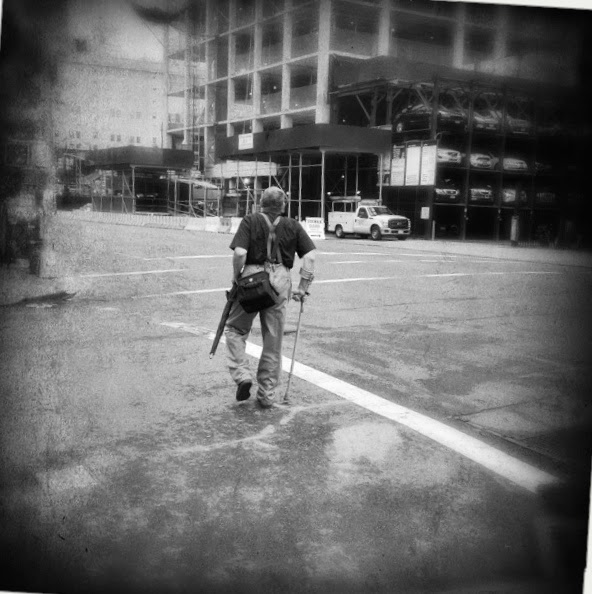 For some reason black and white looks both romantic and gloomy - as in 'a rather colorless person' as against a 'colorful personality'. Anyway more and more building on 10th Avenue. 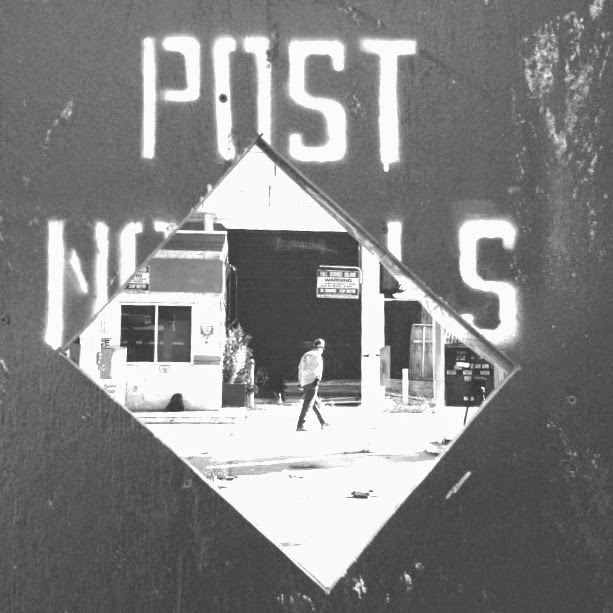 This hole in the hoarding allows you to glimpse what they're doing to the Lukoil Station that Vladimir Putin (!) opened only a few years ago - which is now being transformed into.....not sure what. Probably something artsy since it is right under the High Line. 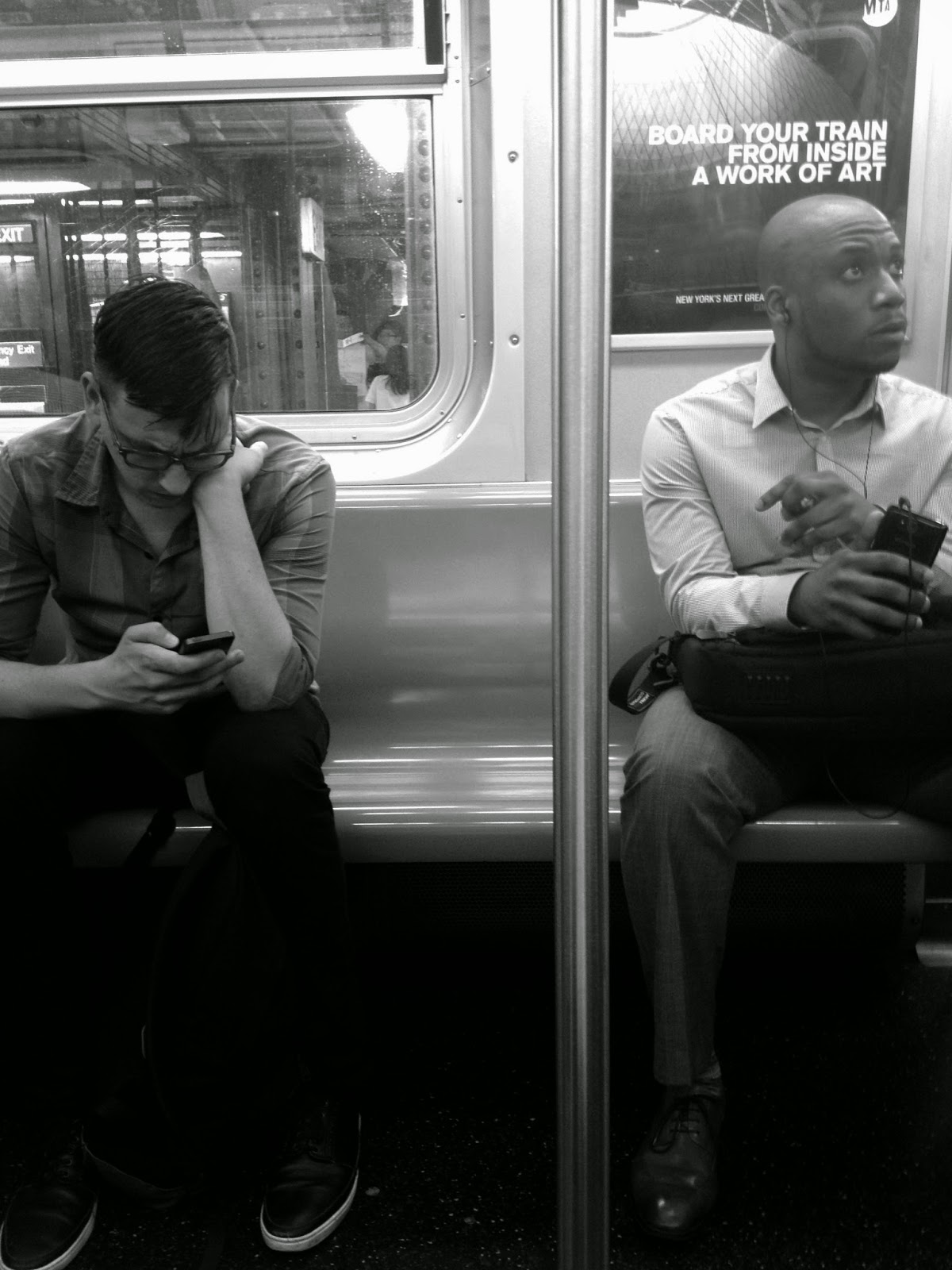 Back to the subway with the ubiquitous cell phone - with me taking photos with mine. 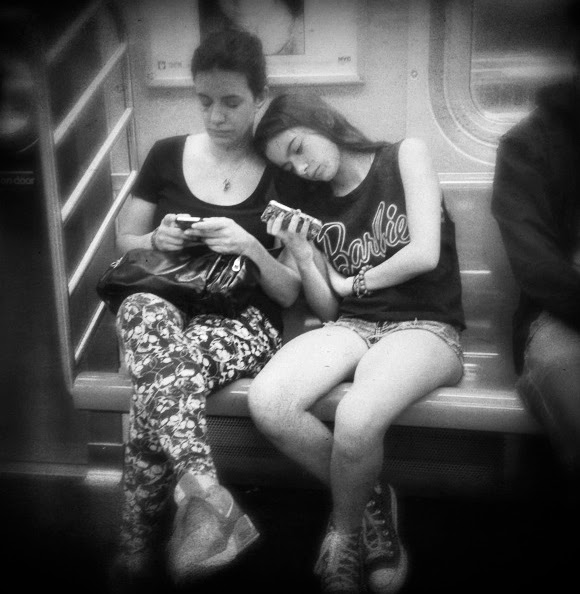 Good to have a shoulder to lean on 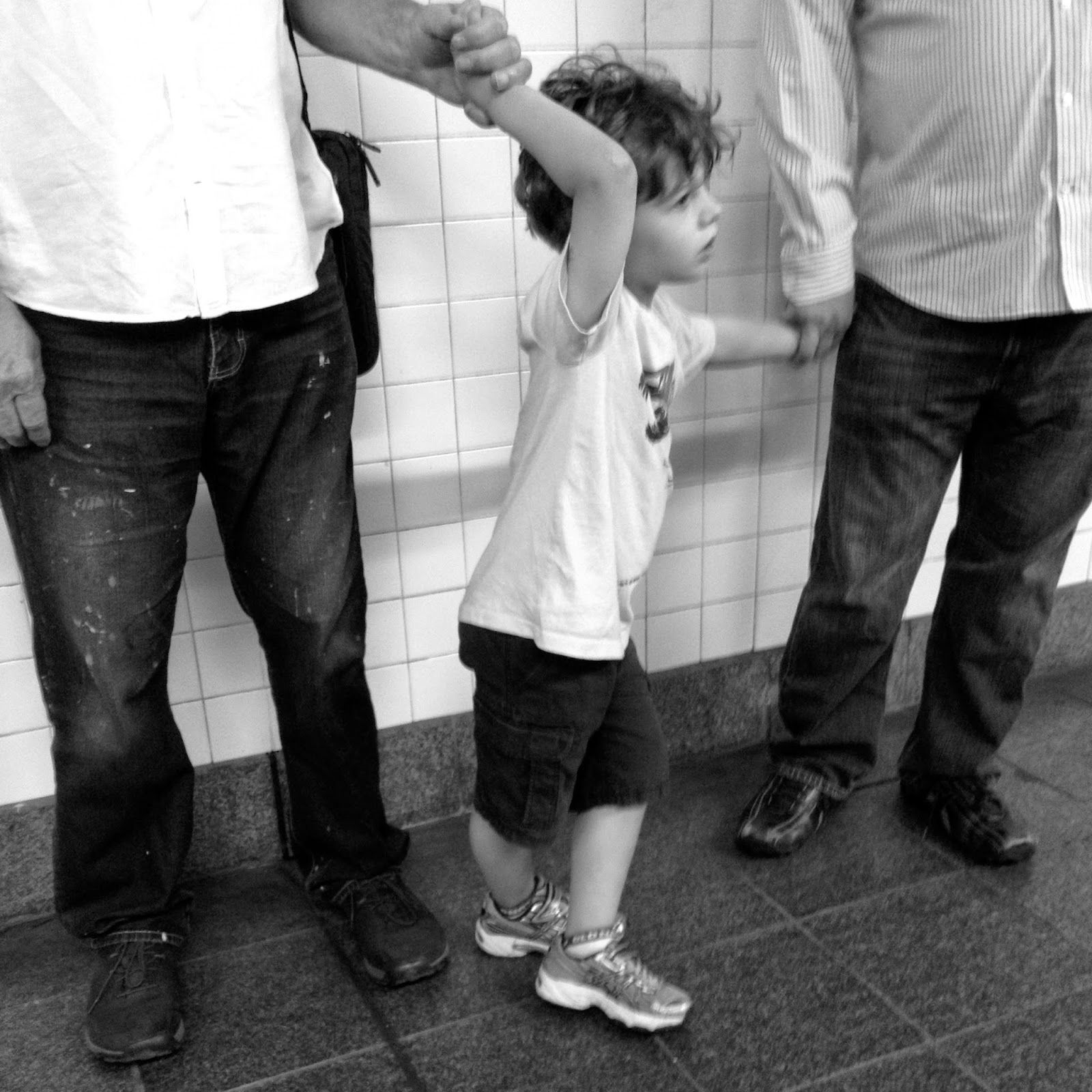 or hands to hold. 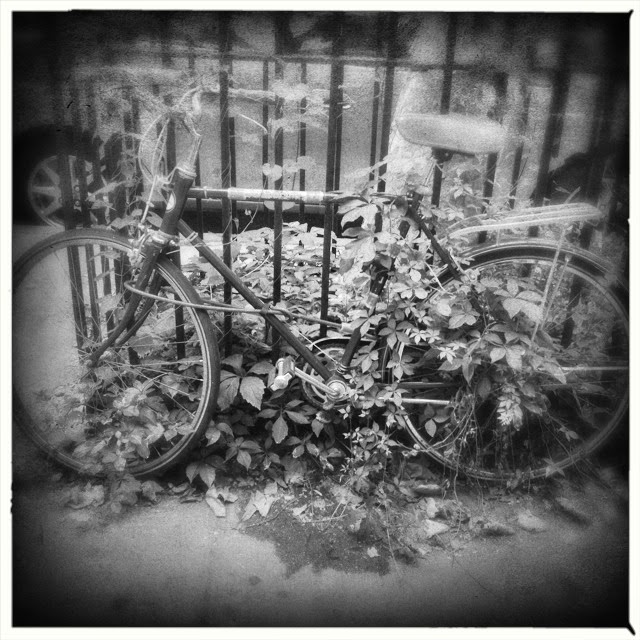 I like this rather mysterious bicycle disappearing back into nature.