The Museum for Applied Arts is vast. I only managed about half of it before giving up quite overwhelmed. The opening parts is a bizarre repository of artifacts  - more auction house preview than museum. 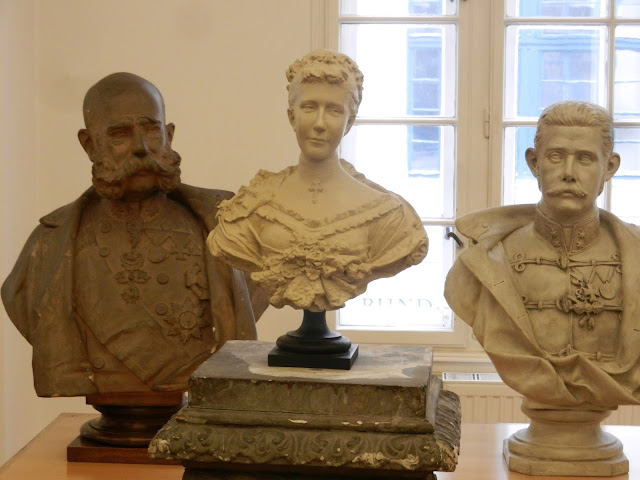 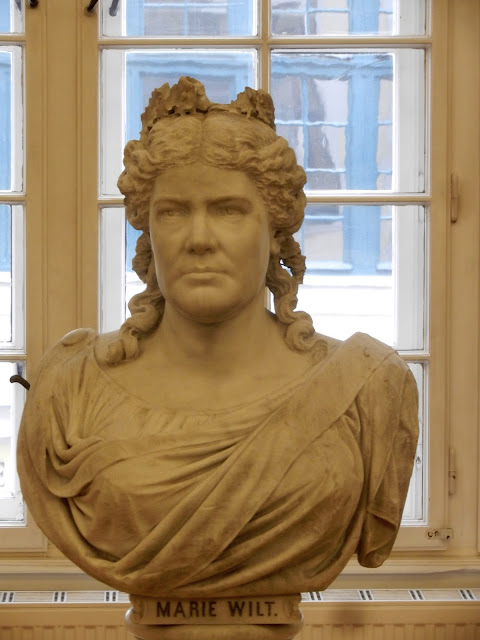 Poor Marie Wilt. Obviously posing for a bust not her favorite occupation. 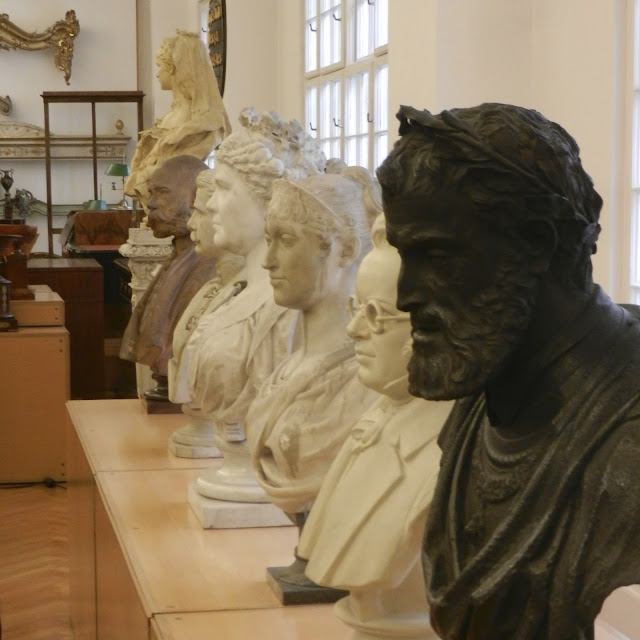 There they all are (including Ludwig Von B) waiting and waiting. 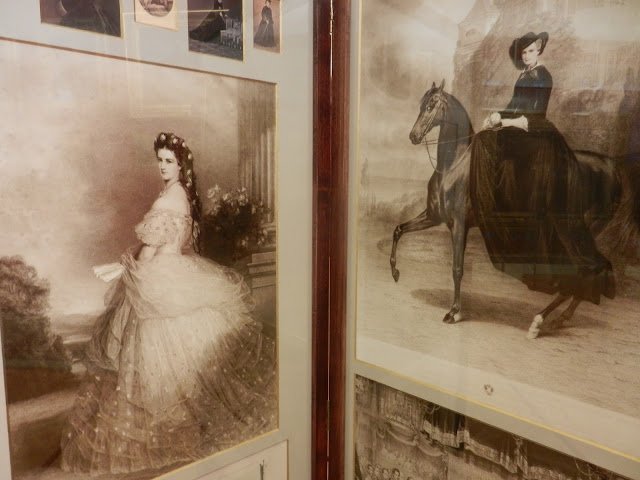 Lots and lots of Sissy  - who had alarming amounts of hair. 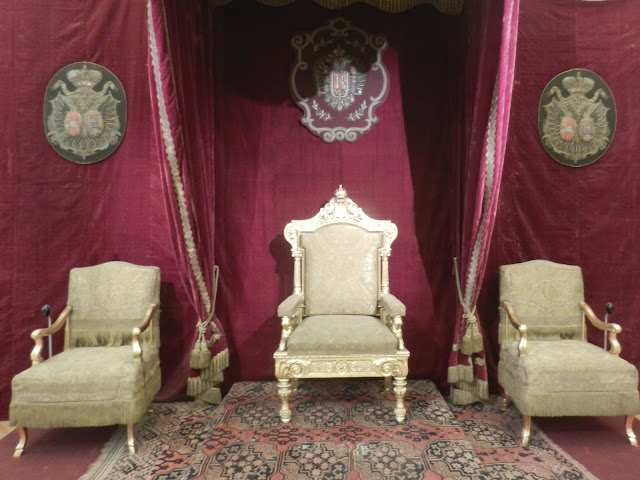 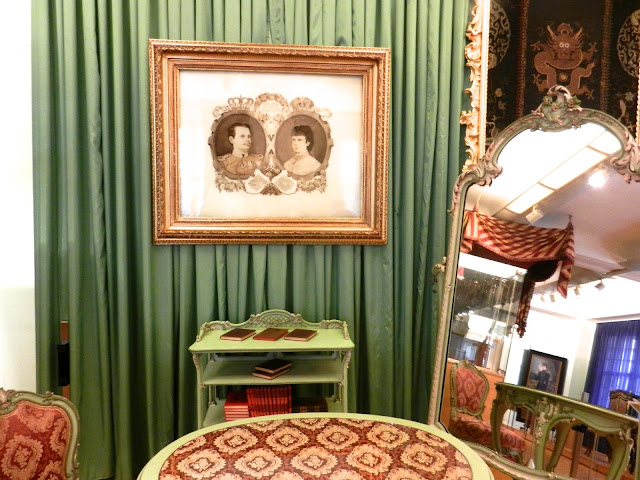 and lots of a favored shade of green. 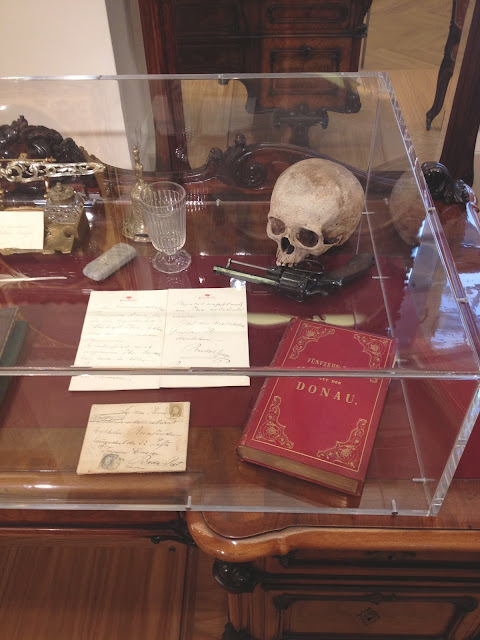 The desk of a melancholy camper - and you can't even see the paperweight of the dead sparrow. 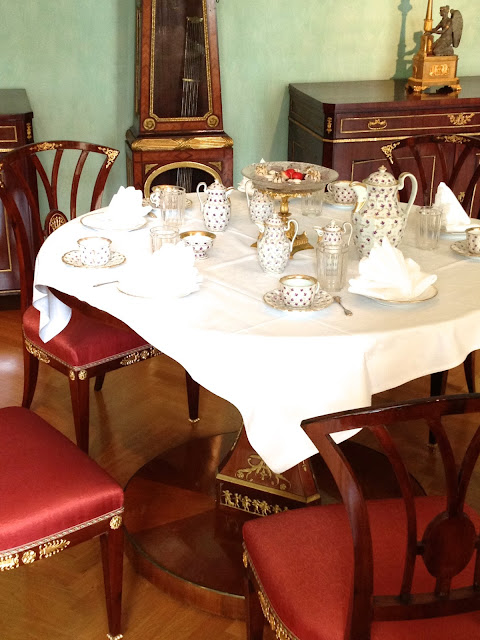 Such pretty china for tea. 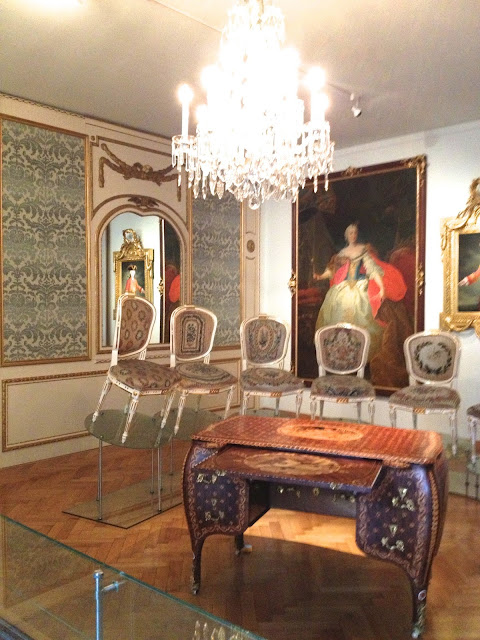 A seance of needlepointed chairs... 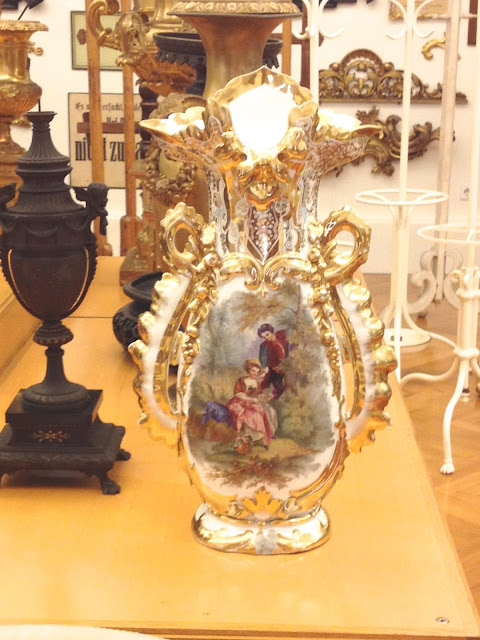 one of a pair of gilded vases. I could go on. I've decided that there is only so much I can take in at one time. A bit like eating chocolate cake. All too wonderful  - and then there simply isn't room for anything else.

Posted by Elizabeth at 6:08 AM