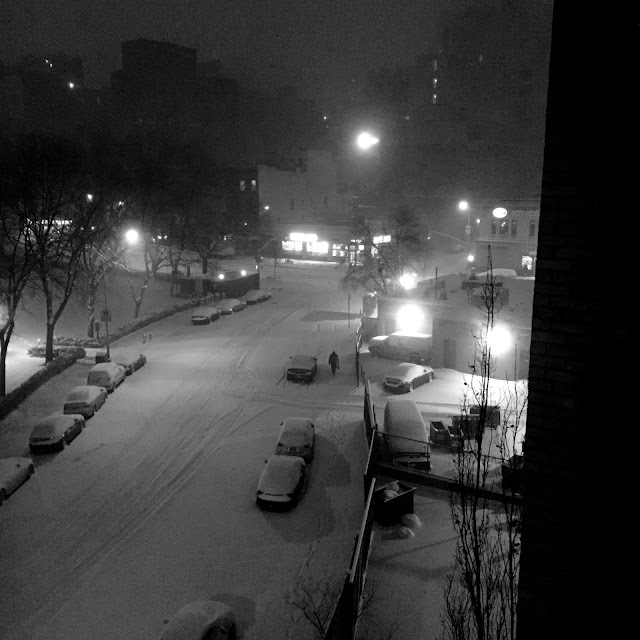 I like snow so much I got up in the night to see if it had started... 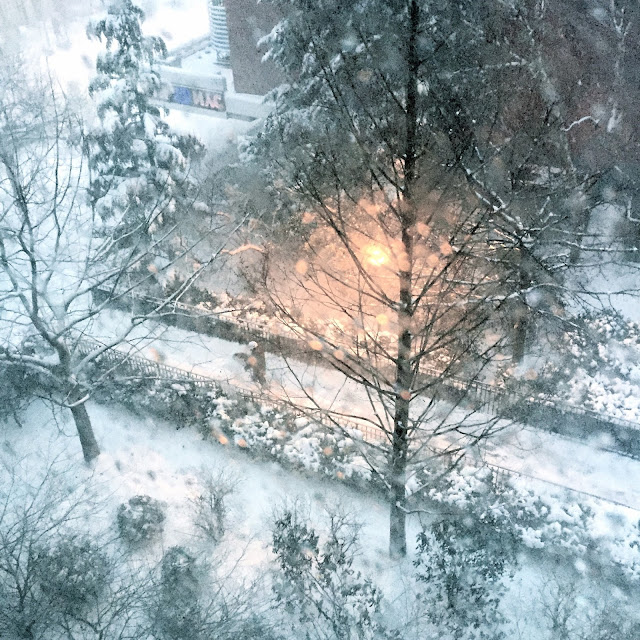 Early in the morning a person is walking a dog. 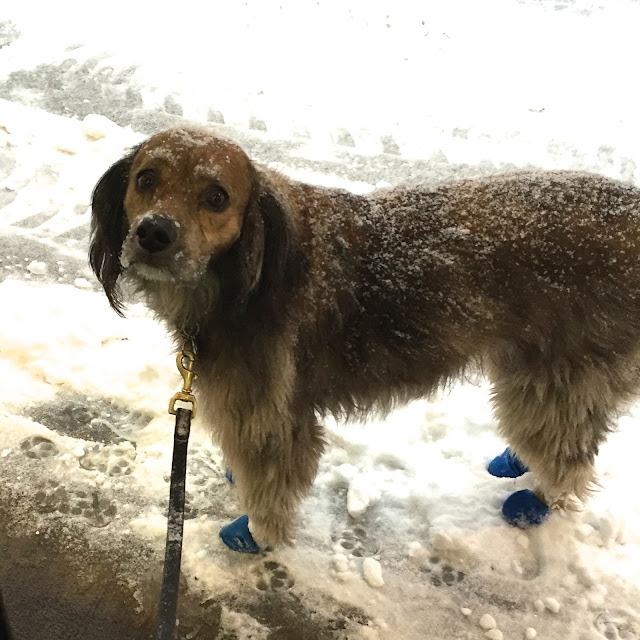 Then I had to walk Buster  - who was much more cheerful than this picture looks. 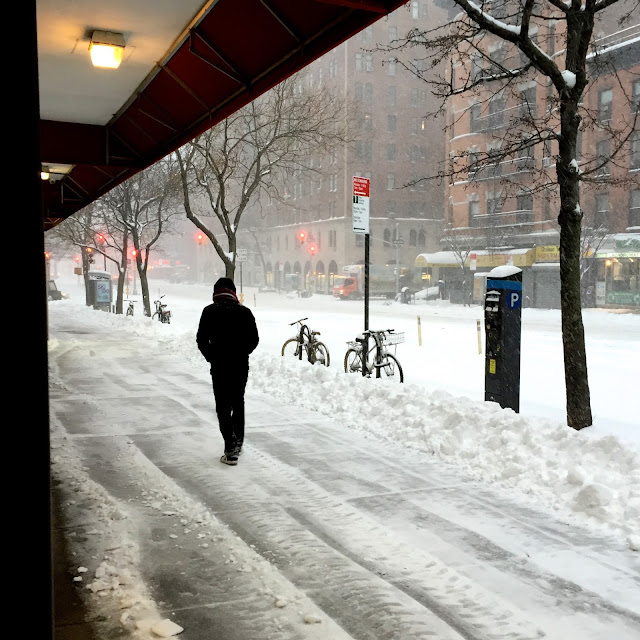 Not too many people out on 9th Avenue at 8am. 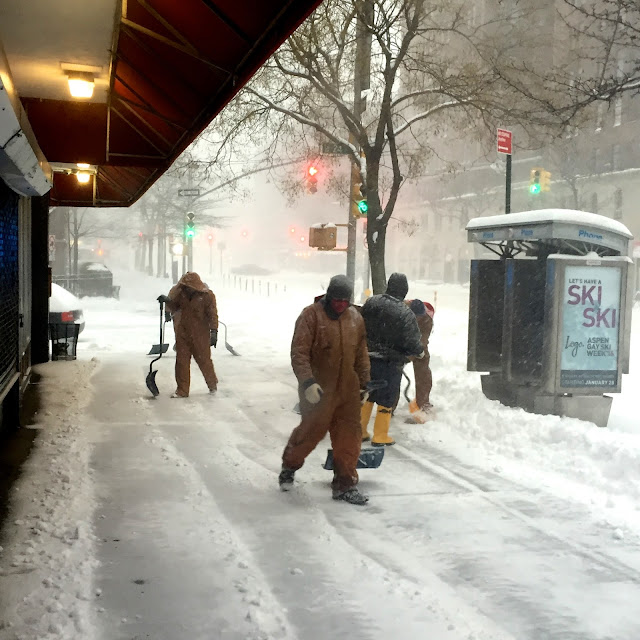 But a work crew were shoveling already. 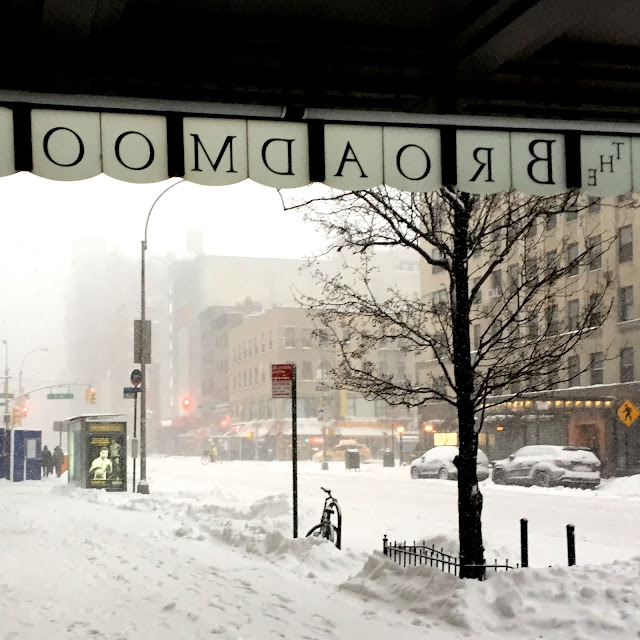 A man on a bicycle crossing 8th Avenue - rather risky, I imagine. 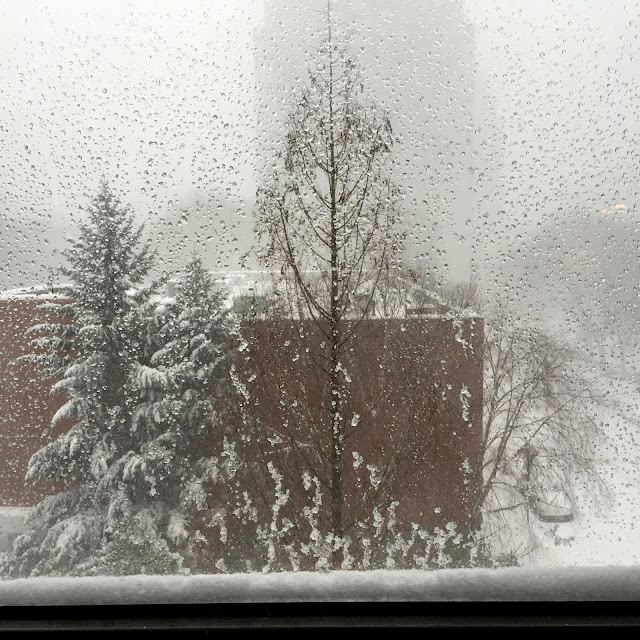 Back indoors I look west. 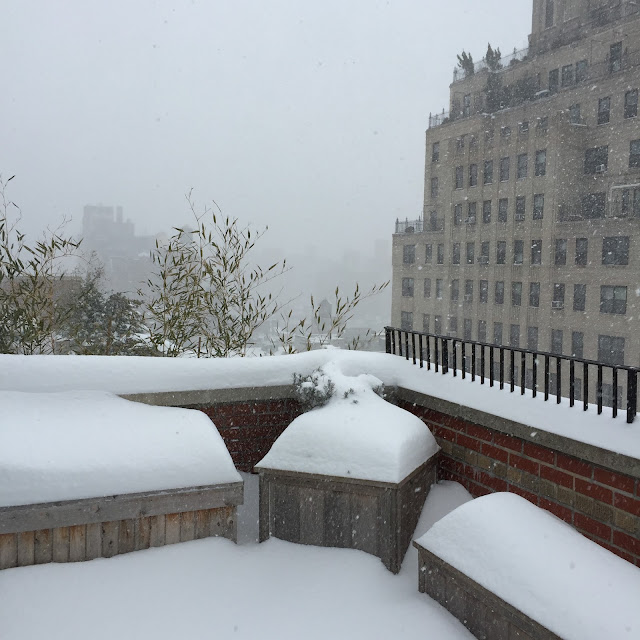 Then I decide to go up onto the roof to take super-duper pictures of the entire city.... except it is snowing on the entire city and there isn't a thing to see...Oh well....