The Empire State Building is on 5th Avenue and about 32nd Street. 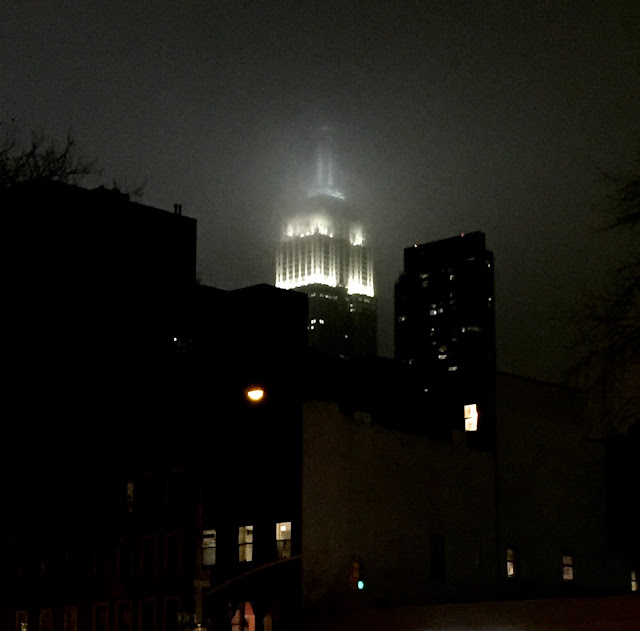 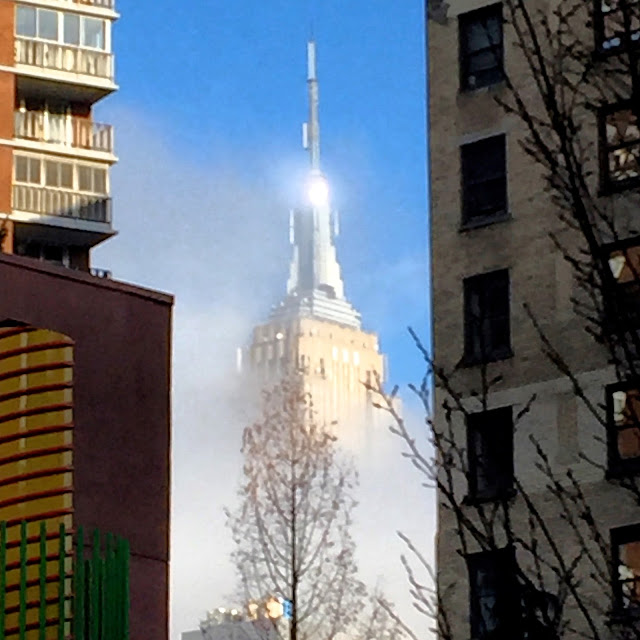 Here, last Sunday, looking oddly like a rocket ship emerging from very low clouds. Seen between the SVA theater and our building. 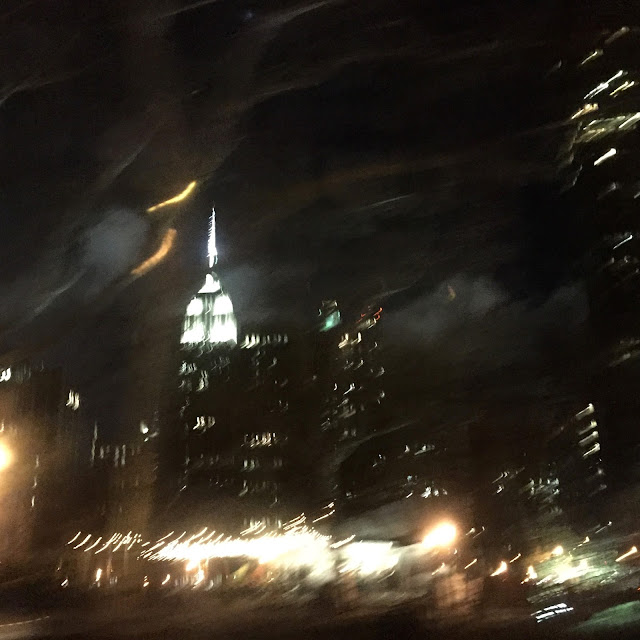 Here seen from a speeding taxi by Madison Square Park on Tuesday evening. 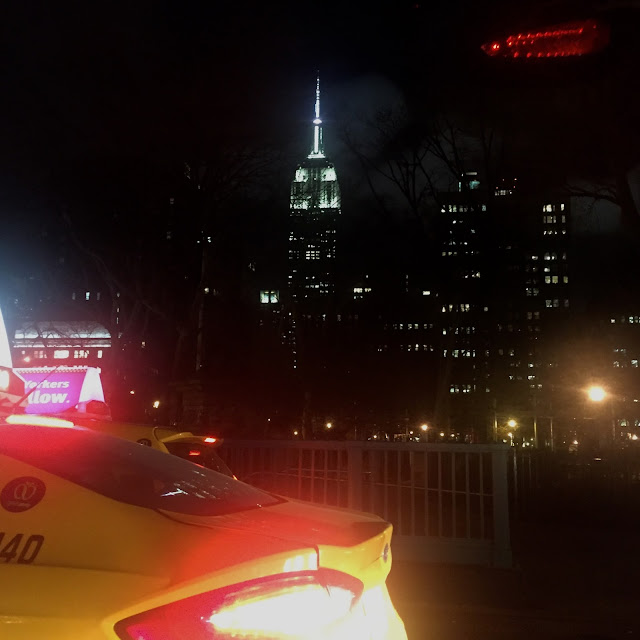 And another of the same... The red zeppelin like thing (upper right) is probably a reflection in the taxi window - or else it is a real zeppelin I hadn't noticed. 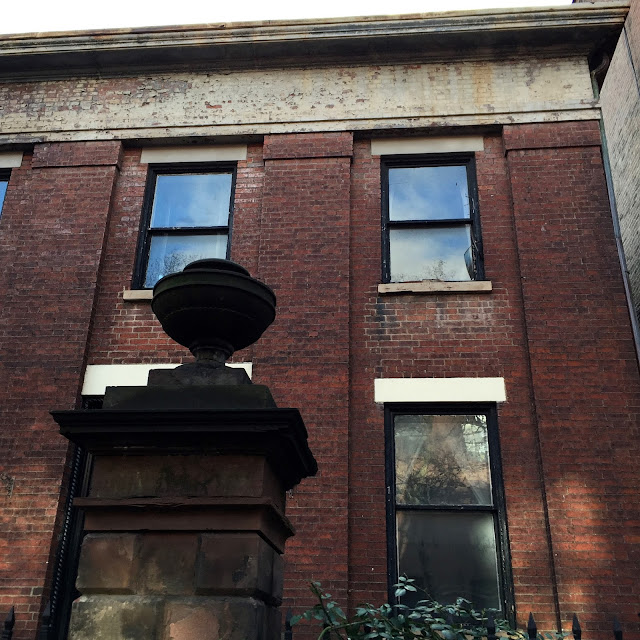 Most of the time I'm plodding round Chelsea with my faithful hound, Buster. This is the rectory of St.Peter's Church which is currently in a pretty dire state  - as is St. Peter's itself. A really wonderful article in the New York Times just before Christmas http://www.nytimes.com/2015/12/24/nyregion/church-with-ties-to-famed-christmas-poem-is-in-need-of-repair.html
It's the church where Clement Moore worshiped and utterly Church of England inside - down to the pews, the hymn books..... and the mold. The rectory is probably worth a million billion dollars  - or would be if it was for sale on the open market. Let's hope they merely restore it. 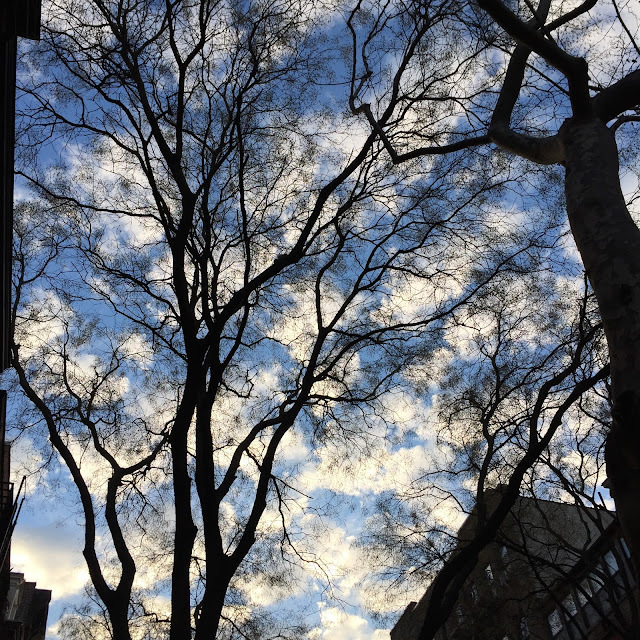 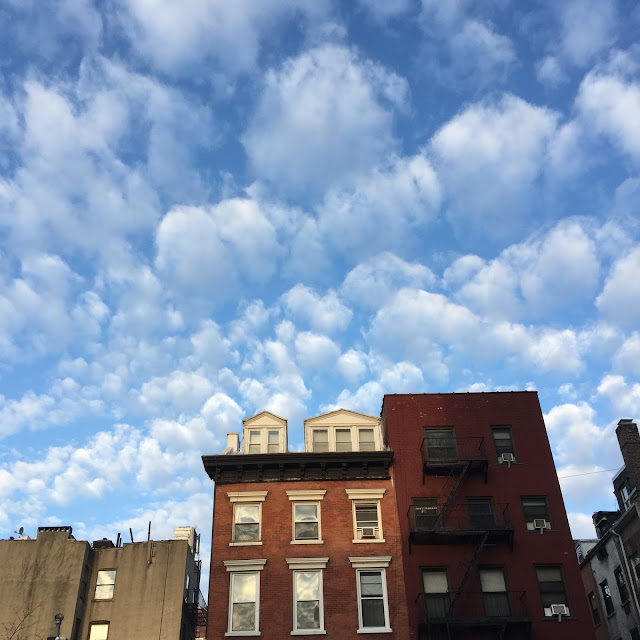 and on 9th Avenue. 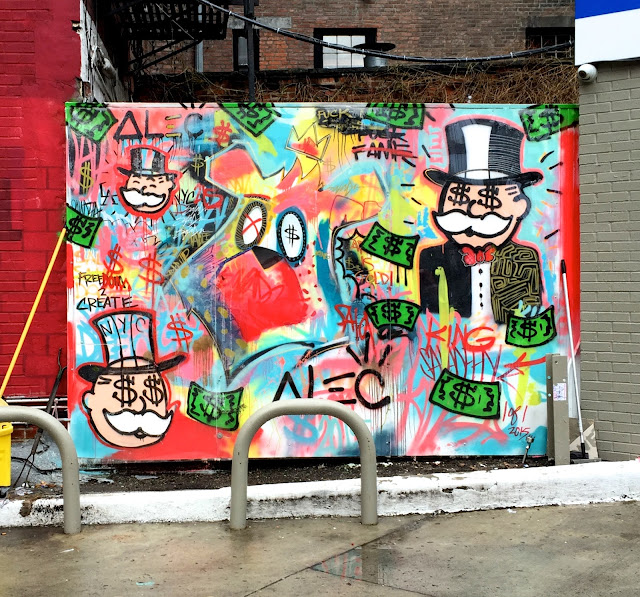 A mural at the gas station on 8th avenue 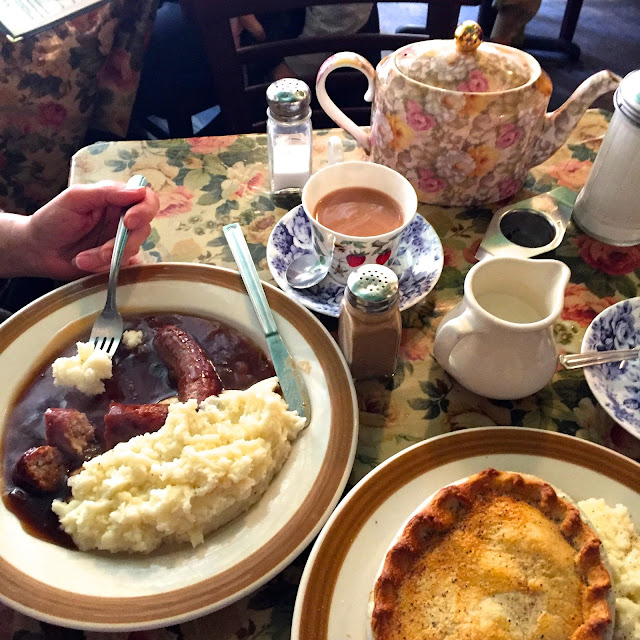 and my treat of the week when I went to Tea  & Sympathy with Frances on Wednesday (which was bitterly cold) and we had an utterly English and delicious lunch...

Posted by Elizabeth at 2:54 PM