Michael Imperioli on The Red Carpet 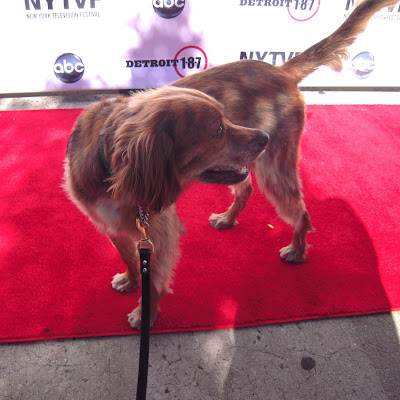 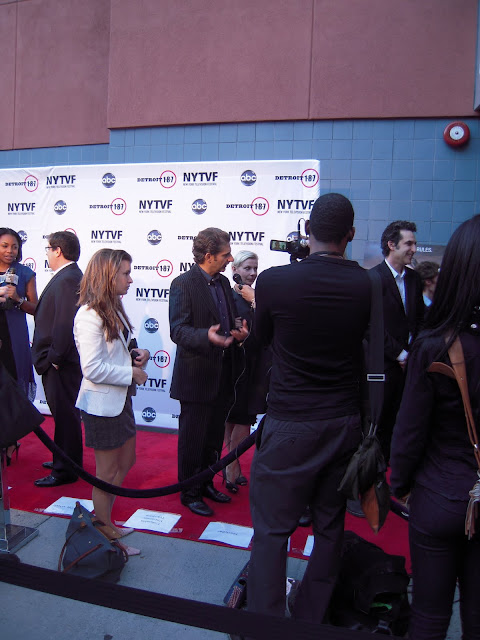 Then the real fun started. At about five thirty all sorts of important people showed up including Michael Imperioli  --Christopher of Soprano's fame. Lots of photographers. 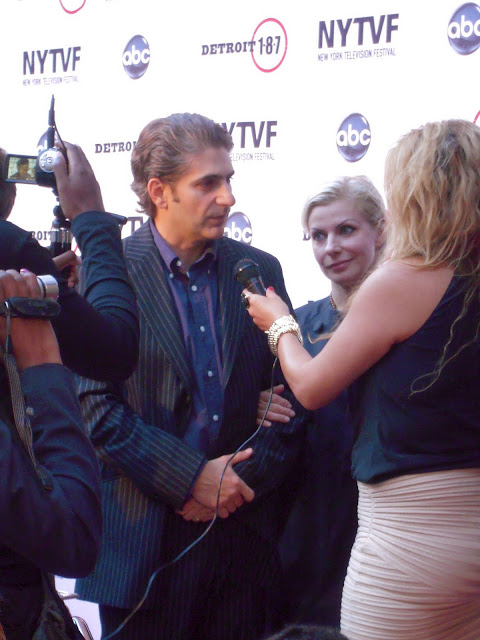 "Gosh, he's looking older," my daughter said when I emailed her the photo. ( She has the whole Sopranos box set in England.) We decided Adrianna would have liked the interviewer's skirt. As everyone is noting, New Jersey is flavor of the month: sausage stores and pizza parlors, McMansions, bistro sets and interesting plantings.

You never know who you'll run into wandering round in Chelsea.
Posted by Elizabeth at 7:03 AM