I never really explore the city except when we have guests - 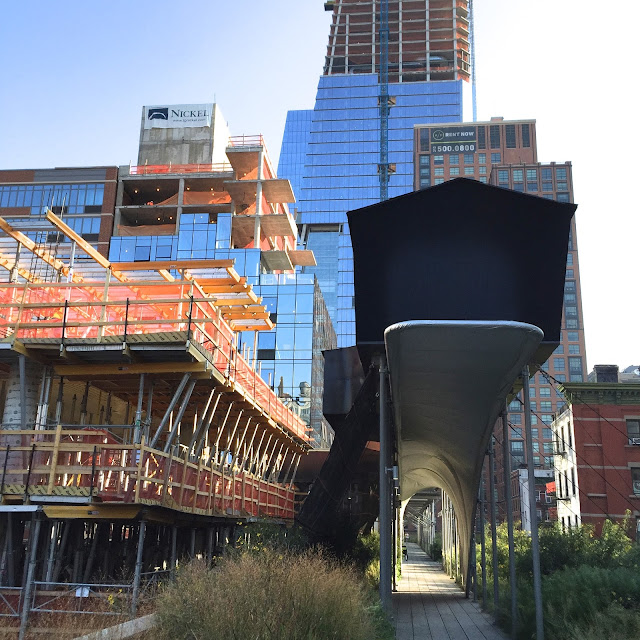 So this week I headed north on The High Line for the first time this year and was astounded at the amount of construction going on in the upper 20's and 30's. So much activity - so much glass. This was about 8 in the morning on a very hot day. 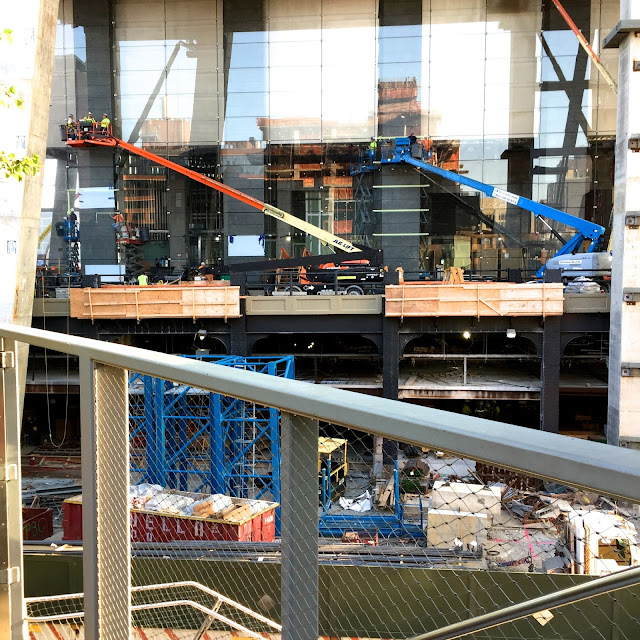 I felt like Walt Whitman admiring the energy of the city and thought how many people must have good jobs doing the construction. 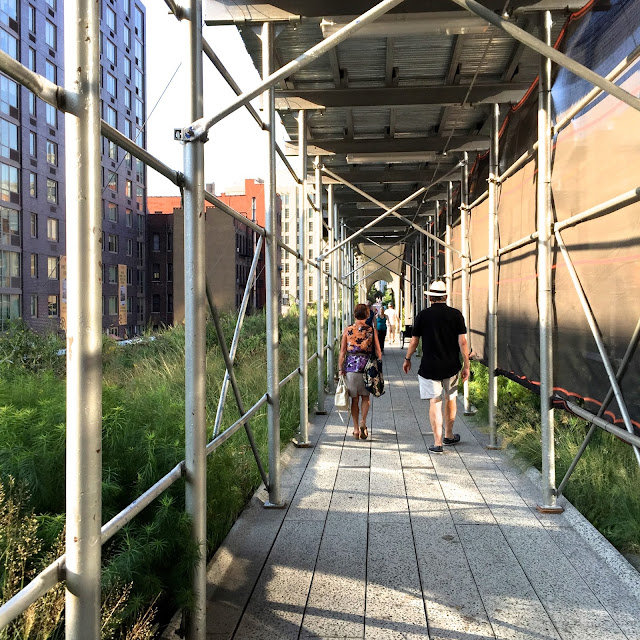 Roger is rather a keen walker and strode ahead in his Panama hat. 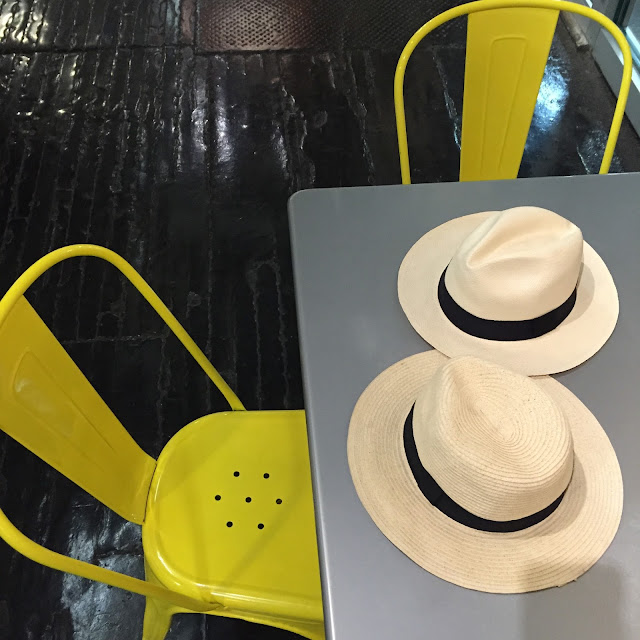 We stopped on the southern part for coffee in Chelsea Market before all the tourists arrived. 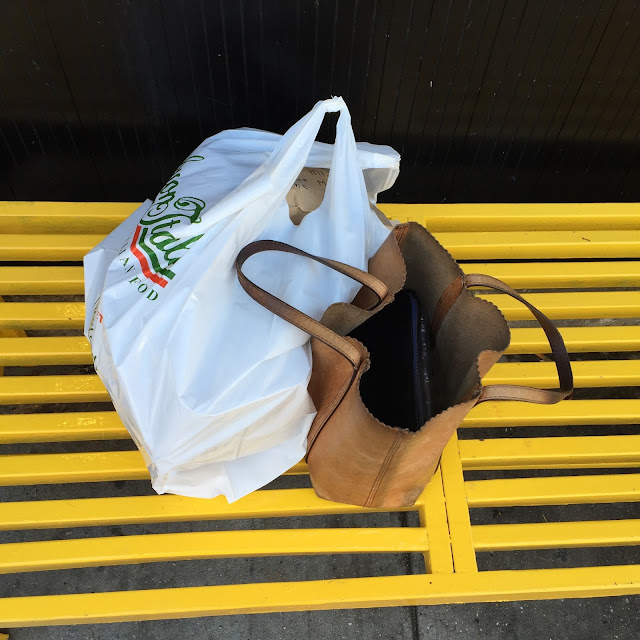 Rather a lot of yellow lately... 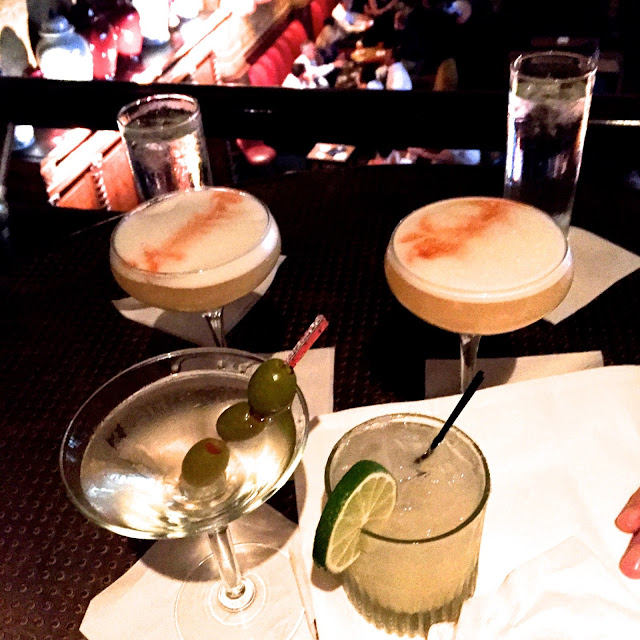 Having visitors means going out for swanky drinks at The Campbell Apartment at Grand Central Station... 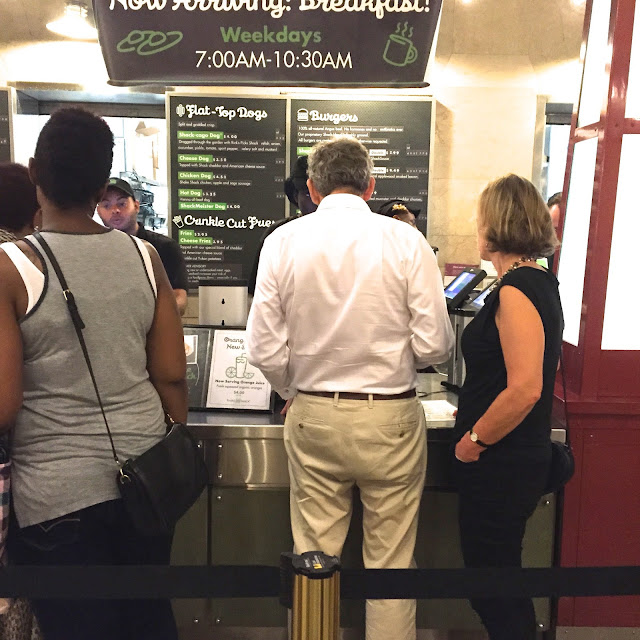 Then a very good burger at the Shake Shack which I've known about for years but never actually got to. And yes - it was delicious. 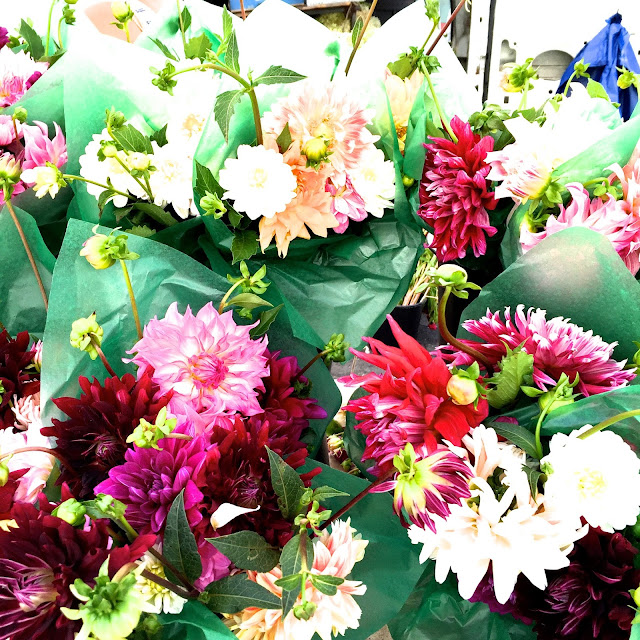 Returning to my normal lovely dull life, I discover it's dahlia season at Union Square.