I always find visiting cemeteries both moving and fascinating. How much information can be gleaned in the few words inscribed on the stone. 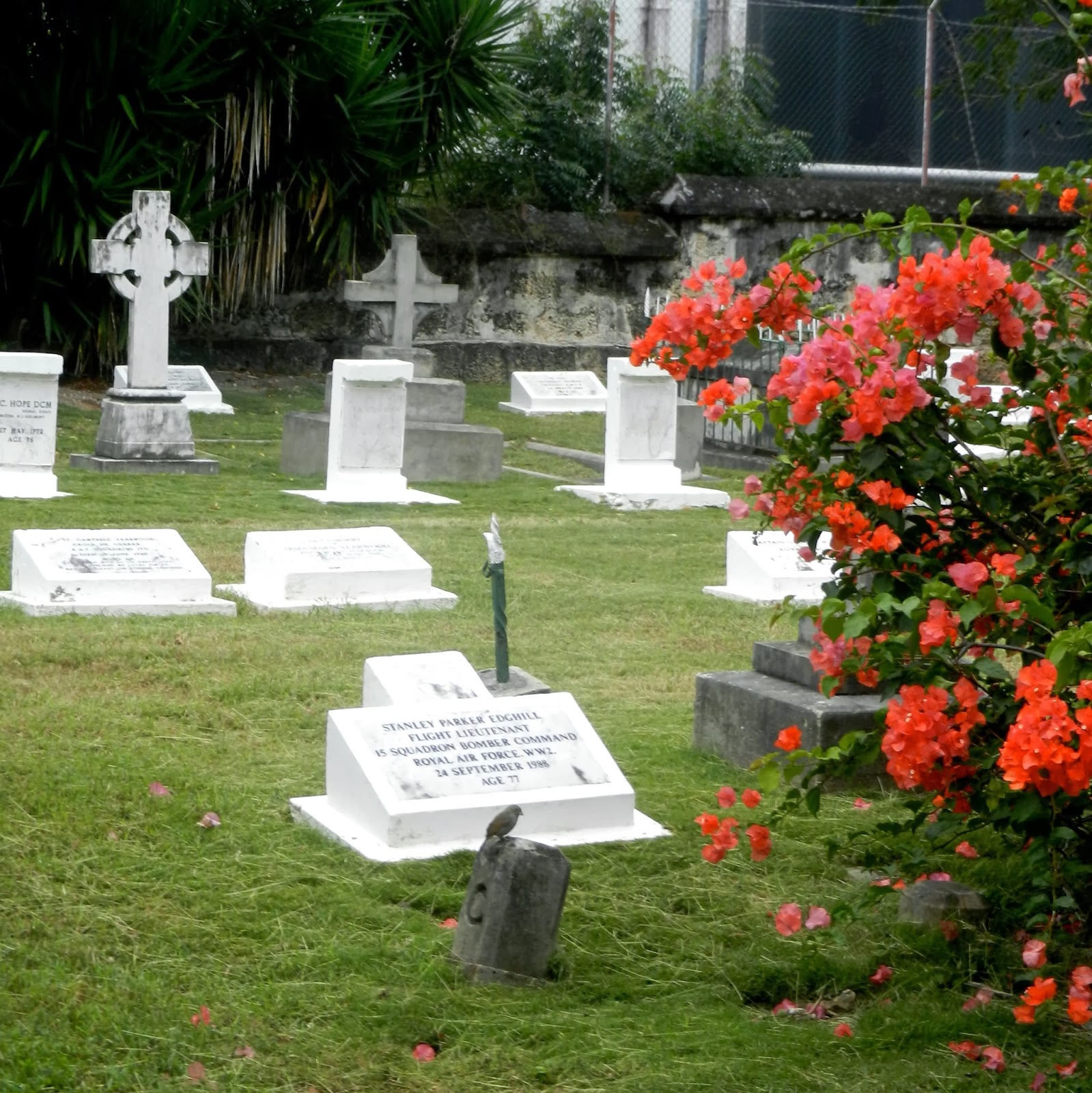 The military cemetery in Barbados was very close to the sea and had graves dating back to the 17th century - most of these were weather and sea worn. It was raining when I was there and reminded me of England... 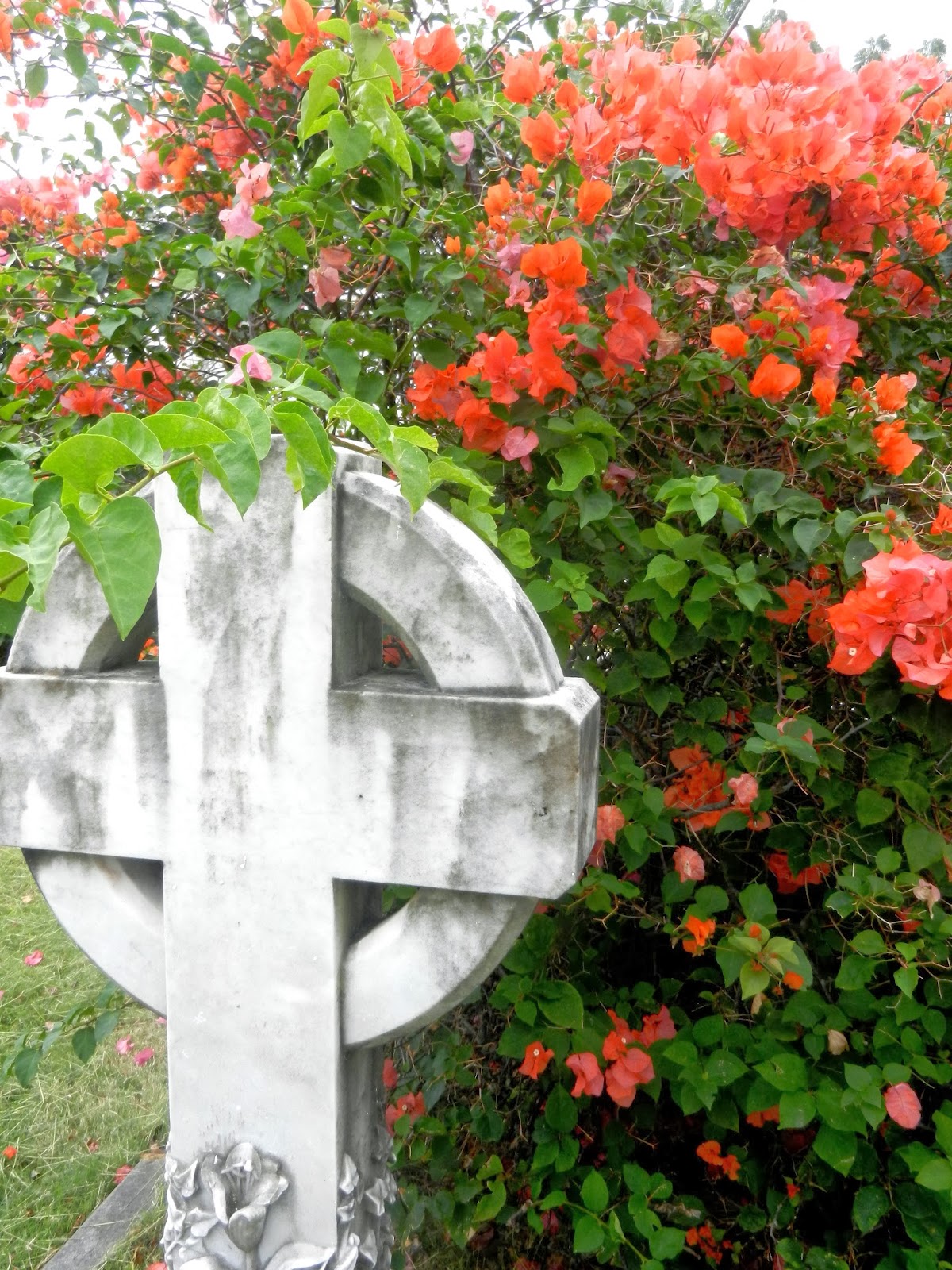 except for the bouganvillea. Too many graves of men  who died in their twenties. (Malaria?) 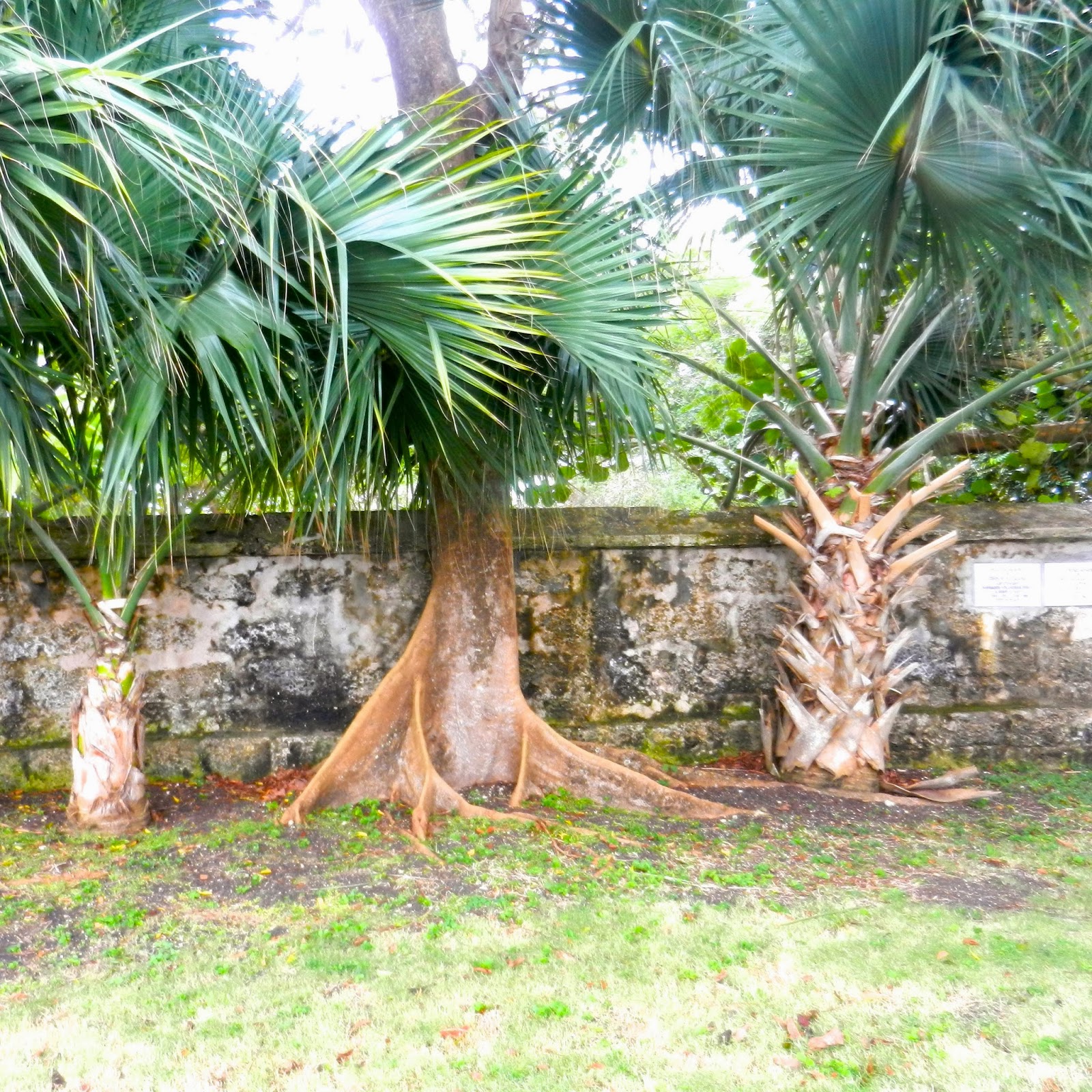 Such exotic trees and lichen-covered wall. 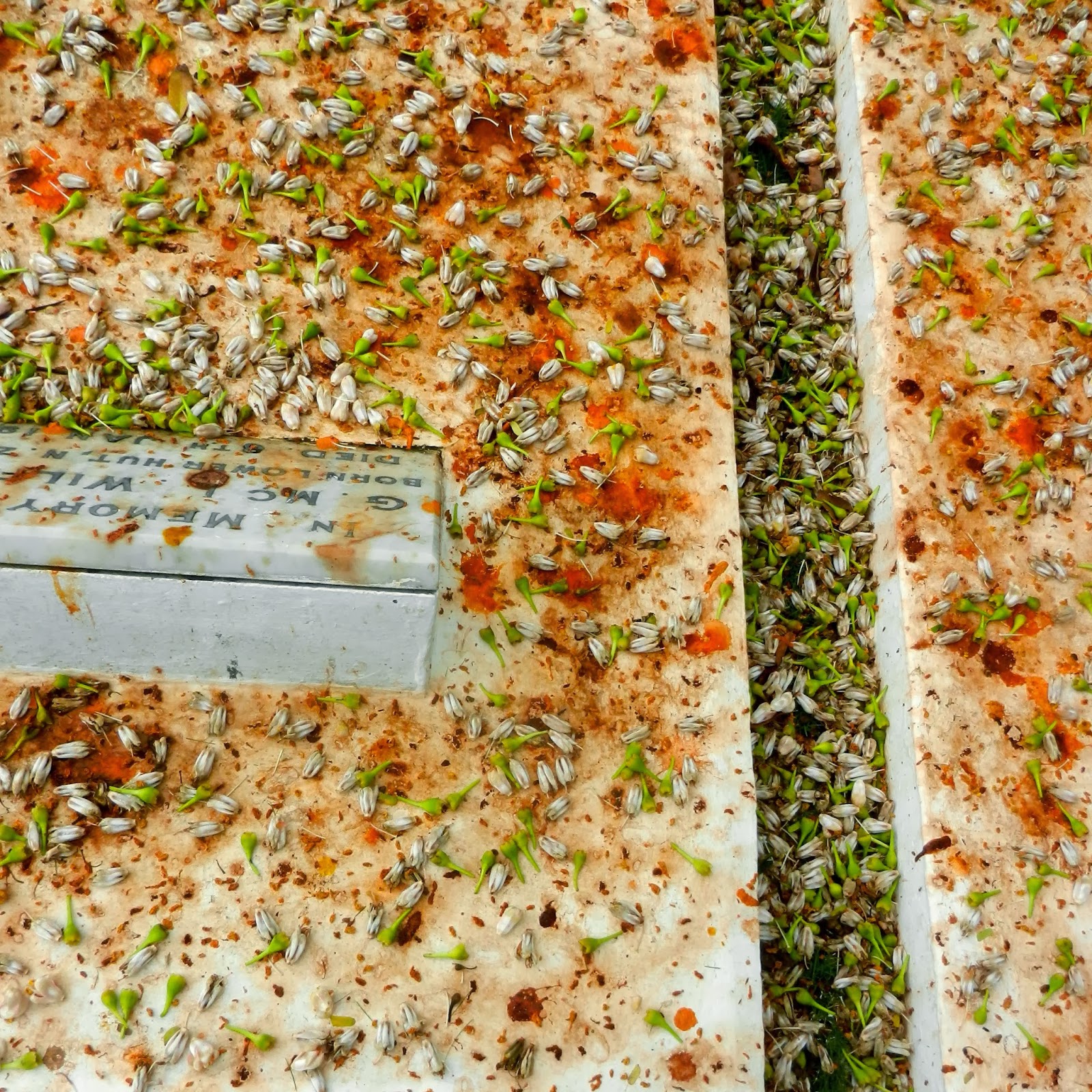 Detritus from a 'Silk Cotton' tree. 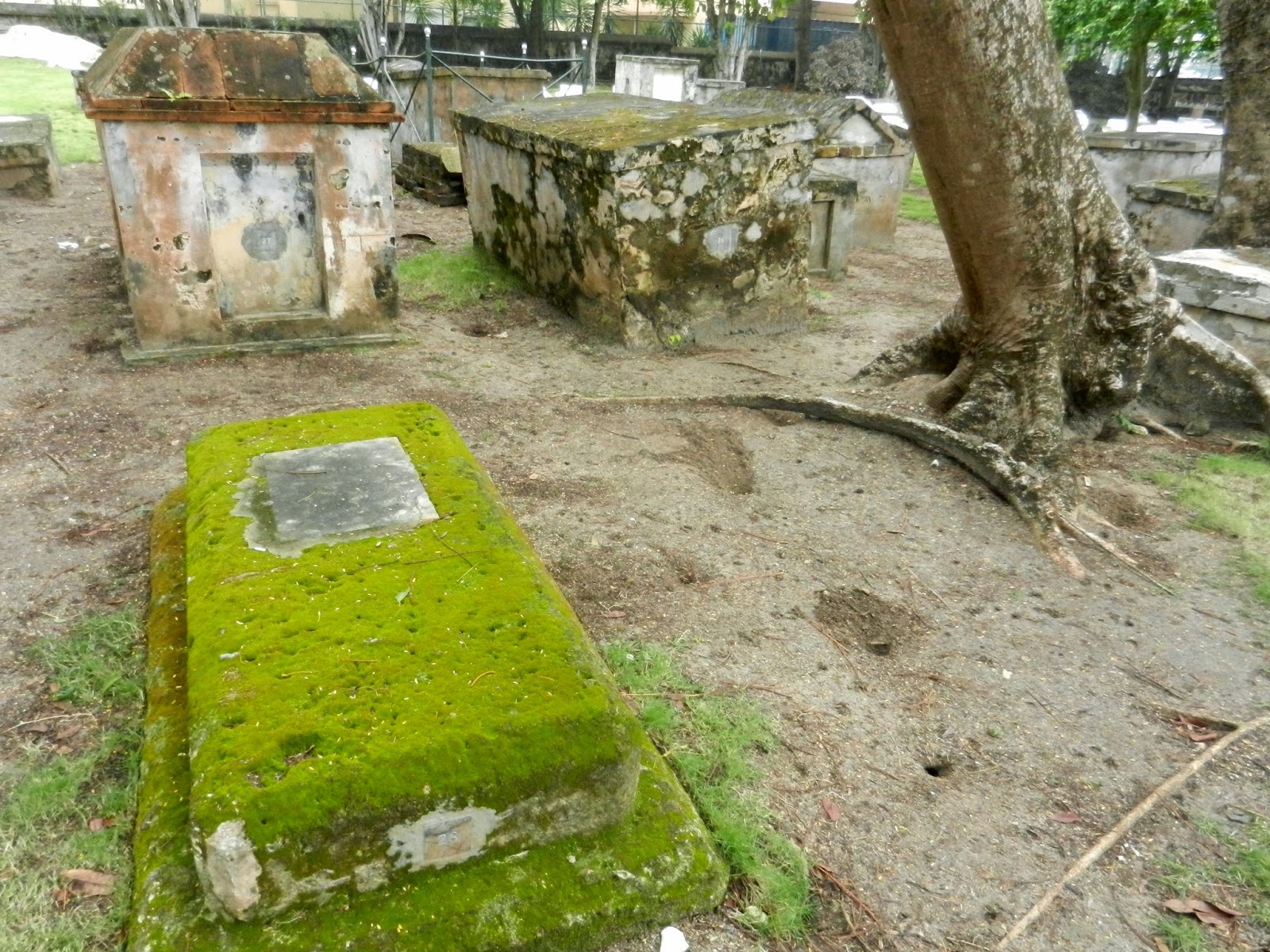 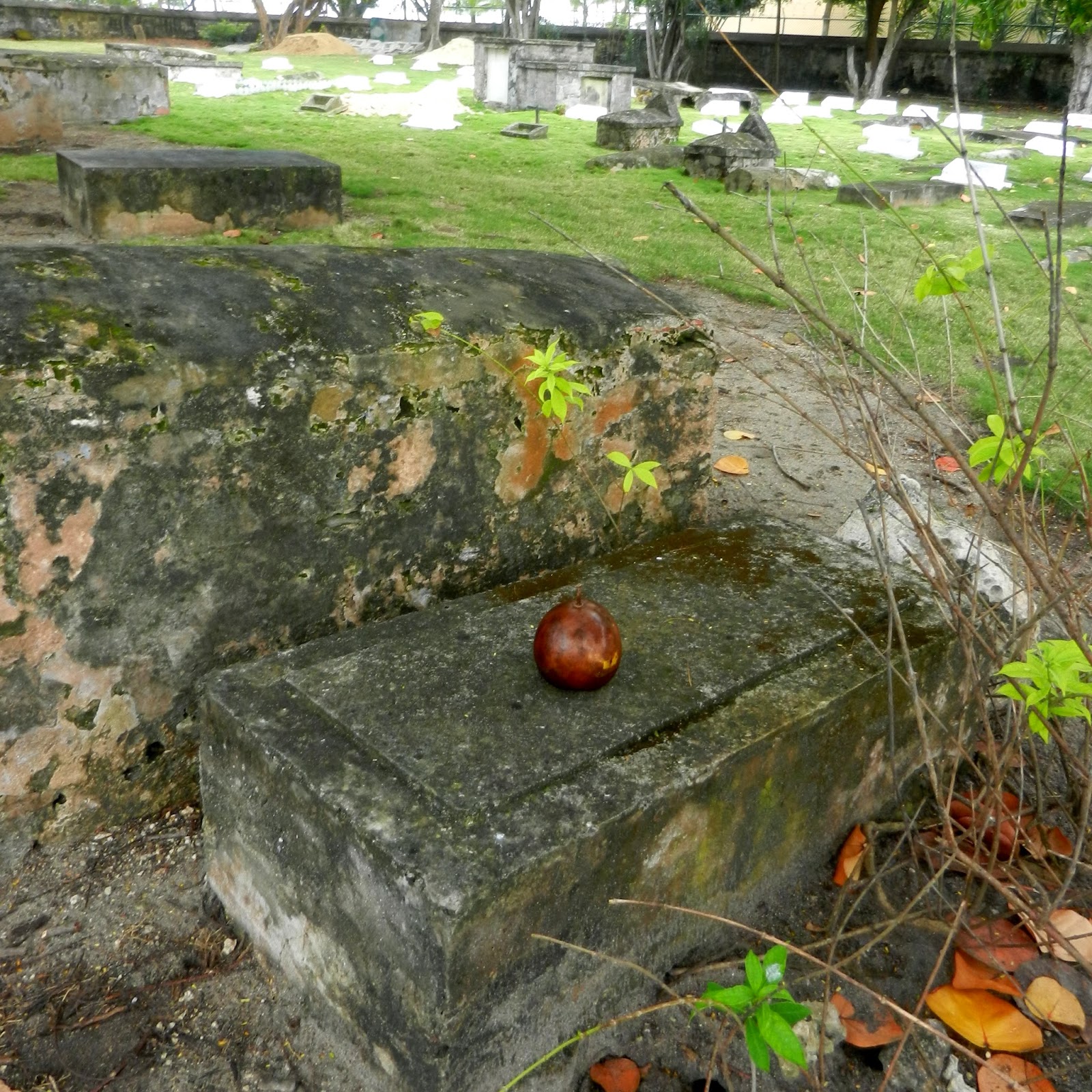 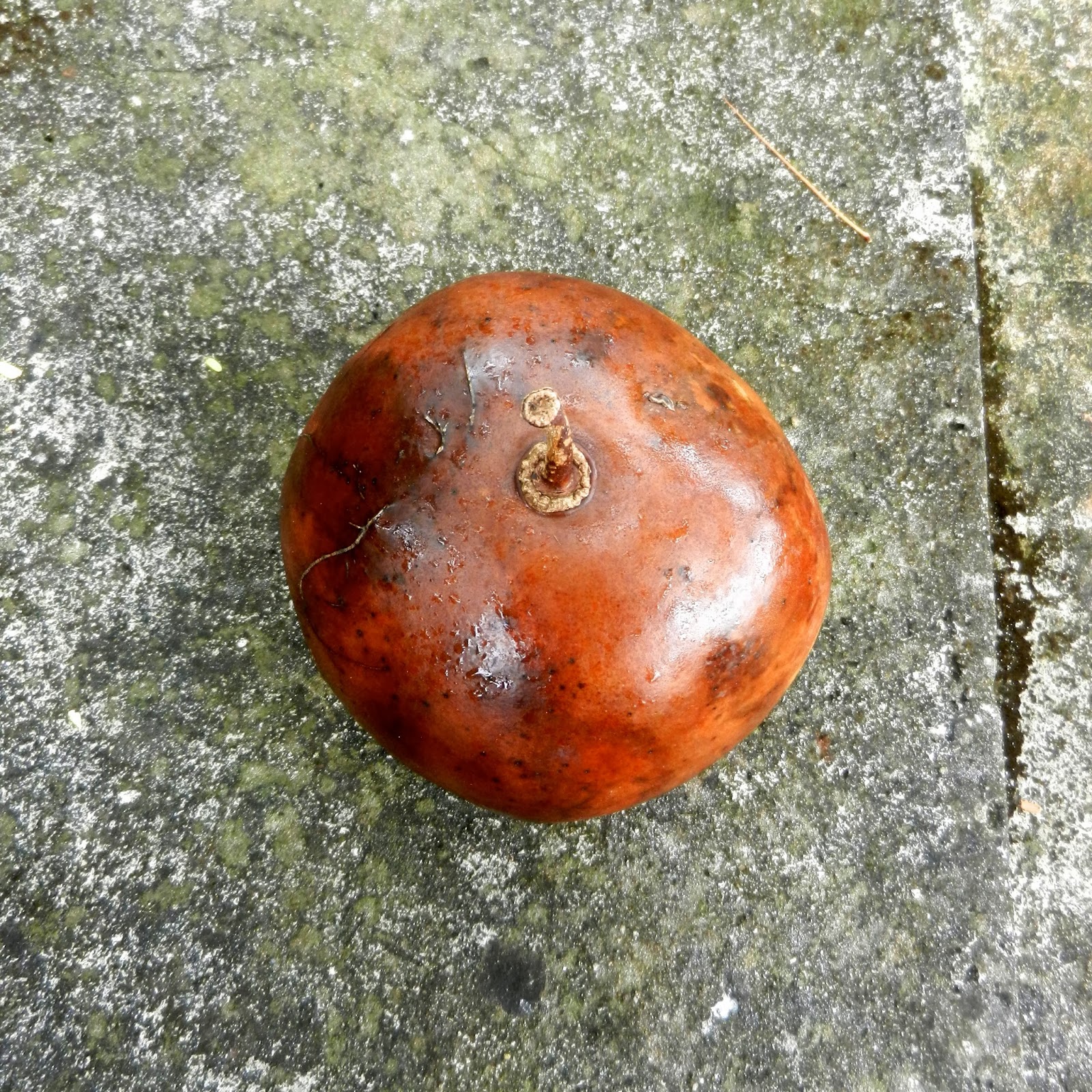 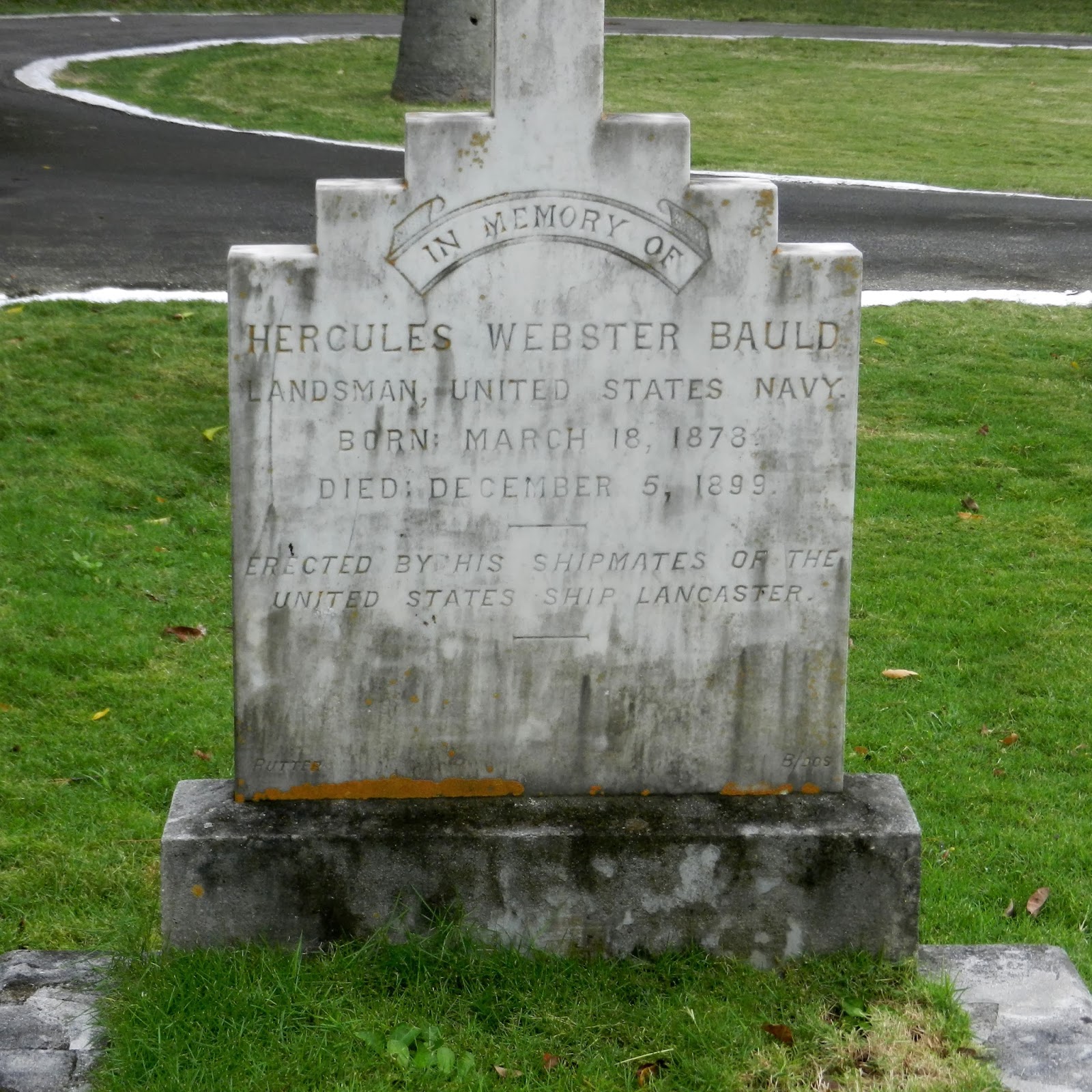 Almost all the gravestones were of men born in Barbados, England, India or New Zealand - such echoes of empire. This one for Hercules Webster Bauld ( such a splendid name!) was the only American I noticed.

Posted by Elizabeth at 7:36 AM