Yesterday I went to the main post office opposite Penn Station. It is an impressive building. Having posted my packages, I looked about me for photo opportunities.
Lo and behold, I discovered an annexe of Santa's workshop....... 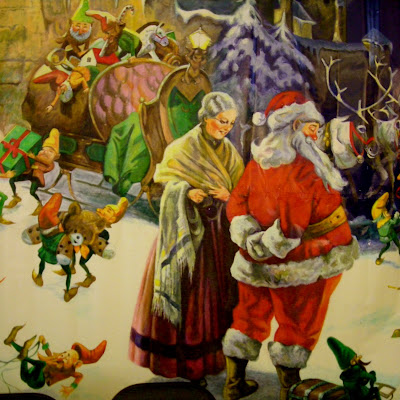 ......manned/womaned by nimble female elves.
The  walls are decorated with these charming, vast pictures on canvas. Here Santa, in the form of the public, can choose letters from needy families to respond to. Some of the letters are very hopeful and ask for things like Nintendo Wii.........hmmmm.
Some are genuinely sad. 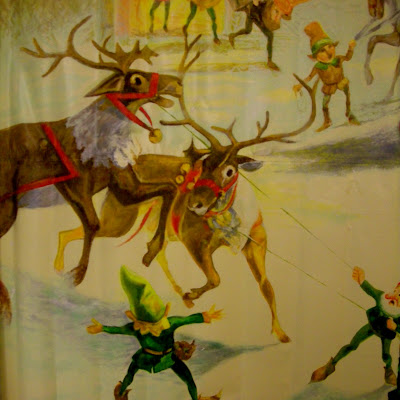 What if the people begging from Santa are utter crooks? We have to assume real criminals would be getting much better loot via hedge funds. Lots of people were chosing letters from all over the five boroughs. So, if you are passing by the James Farley Post Office on your way through Penn  Station, pop in.
A story: a family sent a goat to Africa. The family who recieved it couldn't afford to feed it. The goat ate the neighbors' crops and caused so much trouble the original family decided to eat it.
Such is life. It doesn't mean we shouldn't try at least. 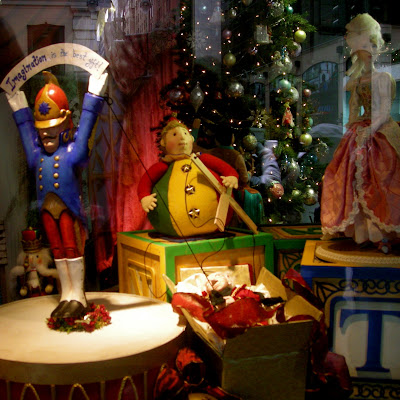 Followed Susanna's example and went to look at Lord and Taylor's windows. The soldier's notice says, IMAGINATION IS THE BEST GIFT. 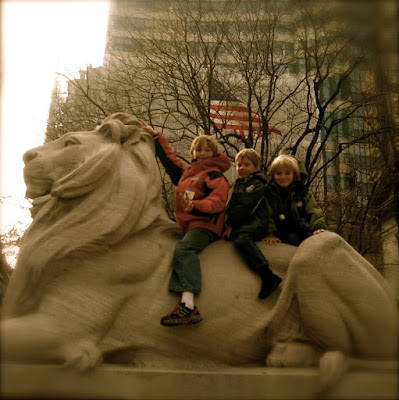 Children outside the Public Library climb on Aslan to soar who knows where.........
Posted by Elizabeth at 7:59 AM