Stephanie and Susanna have organized this cheery celebration loosely based on the Day of the Dead.
We celebrate someone by remembering those things he or she enjoyed.
I think my father would have thought this rather fun.
He was someone who found pleasure in lots of things. 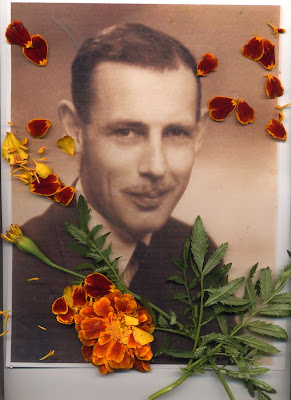 I'm not sure what he would have made of the traditional marigolds - not being much of a flower man.
More a person who valued function over form.
And what should we do to celebrate him?
We would go to church and sing stirring hymns rather loudly.
Maybe the old one which says: The trivial round the common task/Should furnish all I need to ask
We would enjoy small things. 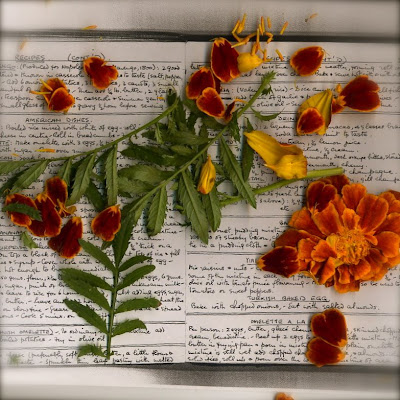 This picture is of the recipes Dad copied out in his very neat handwriting in a POW camp in Germany when there was very little food to be had at all -so they had to write about it instead.
Our menu for the day would include, bacon, blackberry and apple pie with double cream, and welsh rarebit. A tankard of beer. 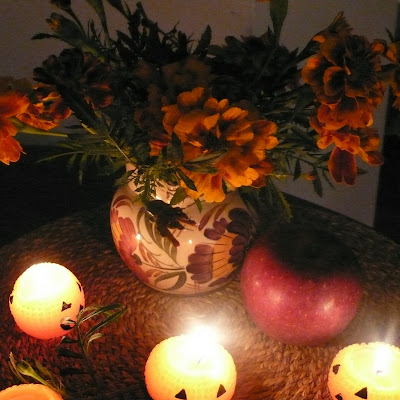 Because it's Sunday, we wouldn't be able to put on our patent leather shoes and go dancing.
Instead we'd do the Times crossword in ink. Take the dog for a walk and then play bridge.
We'd read Sherlock Holmes stories or listen to Gilbert and Sullivan on the radiogram.
Maybe last of all watch Perry Mason on television.........
Posted by Elizabeth at 6:53 AM