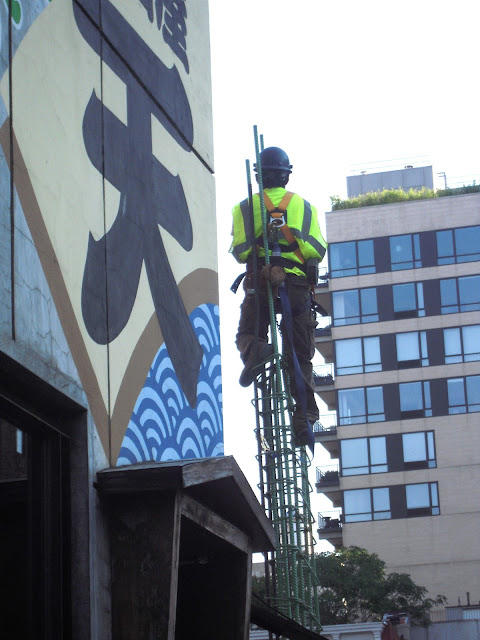 ....they are doing construction on the corner of 10th Avenue and 23rd Street. A worker wobbles on the perilous first things to do with beams. However, a giant inflatable rat lurks nearby. A sign that some of the construction is being done by non-union labor. 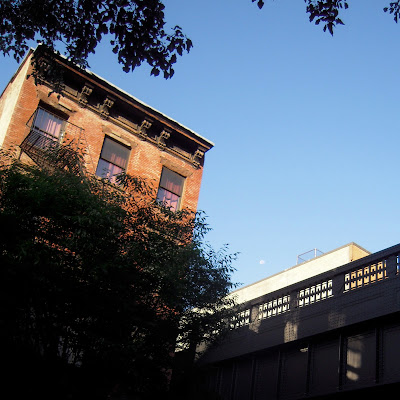 But the tiny speck of the moon hovers over the high line as I walk to the dog park....... 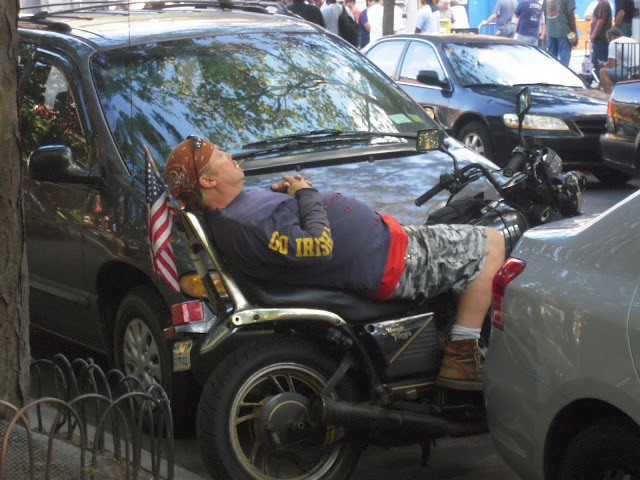 ....through the ranks of picketers who are pretty friendly and like Buster. This chap, taking a little break, is a splendid piece of Americana --  his Japanese bike adorned with the American flag and a t-shirt that is an artwork in itself. 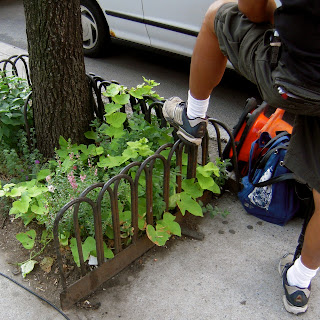 So, here is the little garden. The man with his foot on the railing is a sound effects guy. Yesterday morning they were shooting a movie pretty early. A yellow taxi was planted slap in the intersection of 8th Avenue and 23rd Street. A stunt driver gunned the engine of an SUV right by the little garden, accelerated, drove amazingly fast and BAM ! 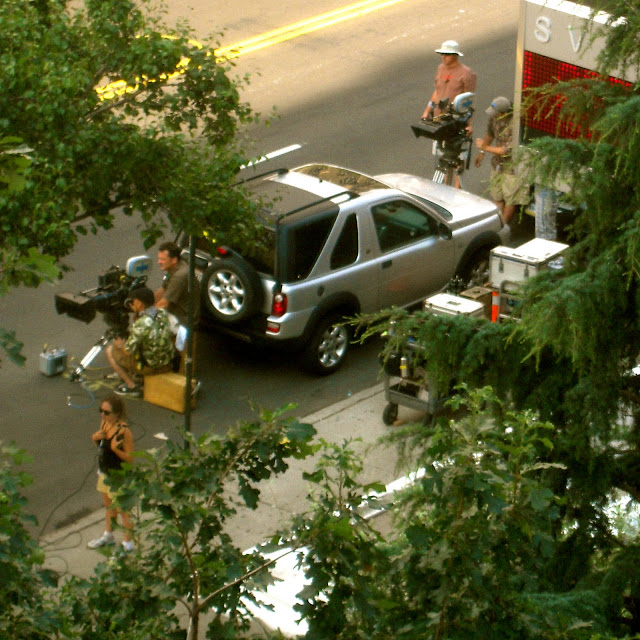 "Bet, he's got a headache," the sound guy said of the stunt driver.
I asked what the film was and it sounded like an action one.
Here are six of the several million people working on the movie.
Apparently the police got several 911 calls about the stunt crash which was pretty terrifying.
There is a giveaway at The World Examining Works  ( my other blog) in conjunction with photographer Susanna Gordon . Check it out.
Posted by Elizabeth at 10:54 AM