Thinking About Christmas....and another Giveaway 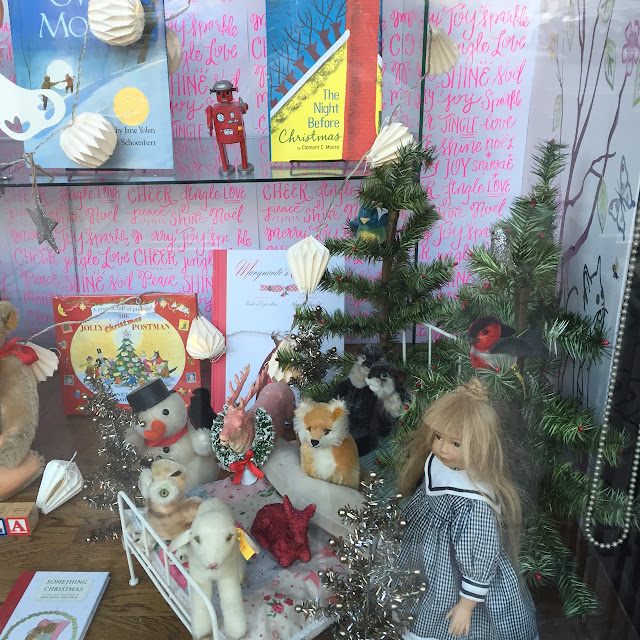 I noticed all the classic children's books in the window. Of course Clement Moore's The Night Before Christmas was there - he lived right round the corner. 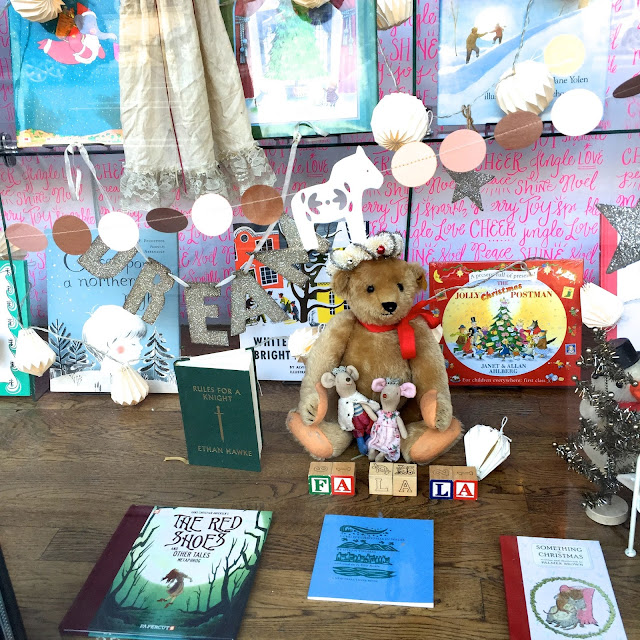 Also one of my grandchildren's favorites - Janet and Allen Ahlberg's lovely - and rather British -The Jolly Christmas Postman. And I think the blue book in front is Dylan Thomas's A Child's Christmas in Wales - all splendid stuff. And now for the giveaway. As some of you know, I wrote a children's story some years ago which I wrote about here. 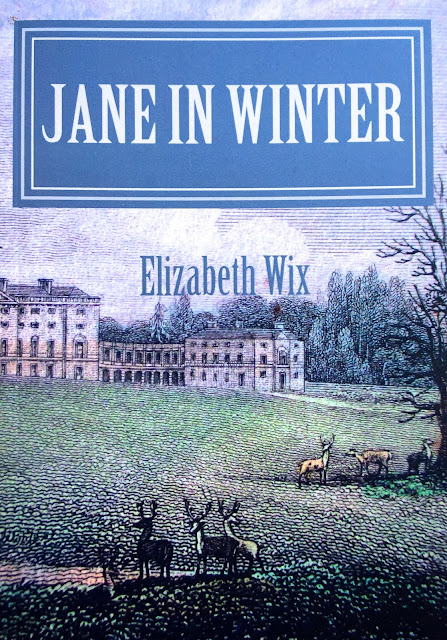 It's an adventure story for the 8-12 year old set - but also a memoir of a 1950's childhood. All the places written about are real. The front cover shows Thorndon Hall where we lived in a gamekeeper's cottage. I have two signed copies to give away which should arrive in time for Christmas. I'll pick the winners on Monday. Jane in Winter, as well as my other books, is available as a paperback or in a Kindle edition from Amazon.

On my morning walk I also passed Billy's Bakery where lots of people were hard at work. 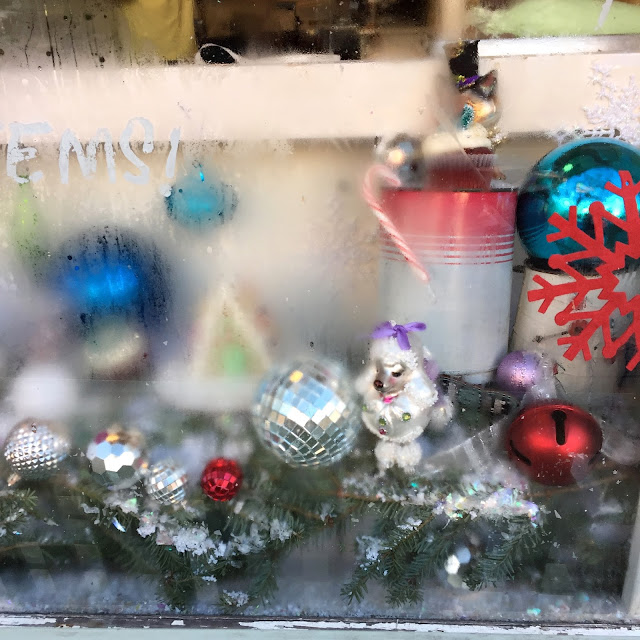 The windows were all steamed up and the decorations were retro. 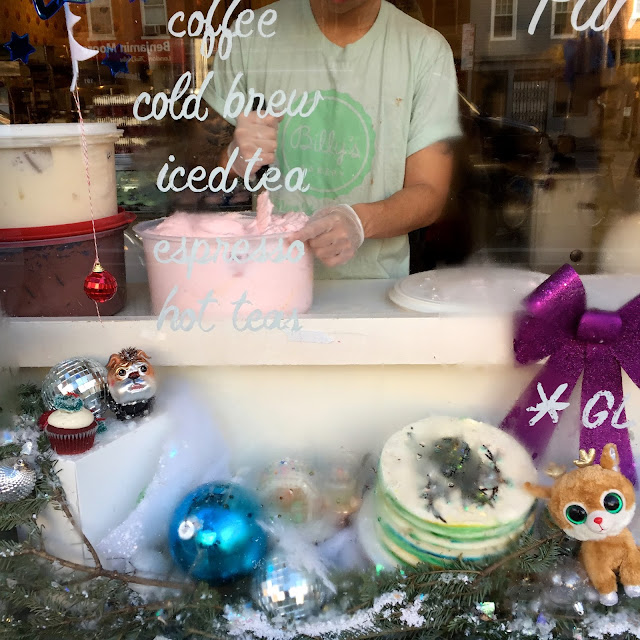 I'm beginning to get into the spirit of the season. 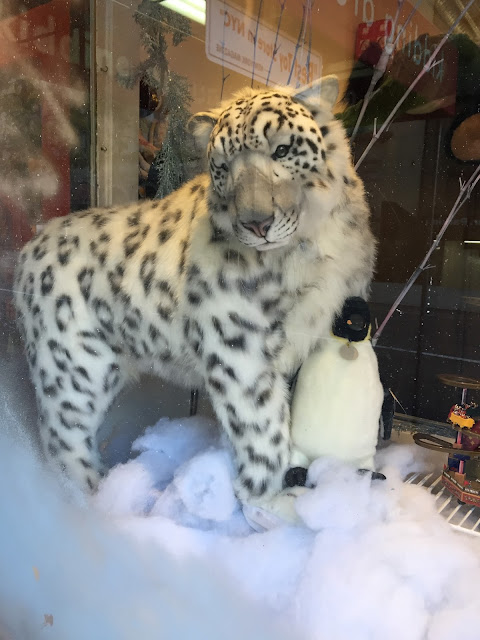 Here a snow leopard with his chum the penguin from the toy shop on 15th Street. Happy reading and decorating... and all the busy-ness of this dark month.

Posted by Elizabeth at 3:30 PM