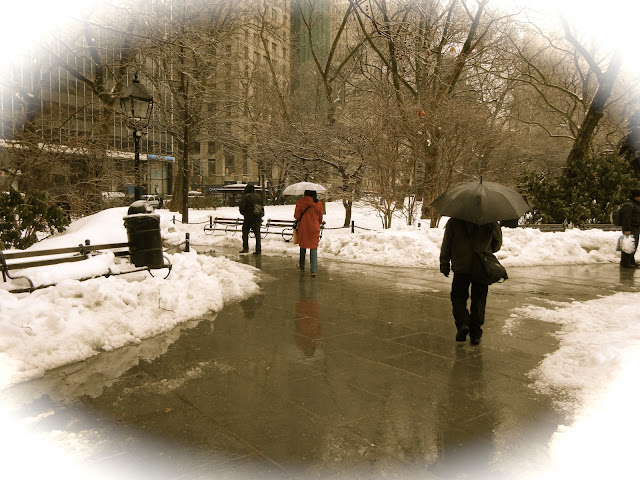 I had occasion to go downtown today on an errand.
The paths were slick with ice in the little park by City Hall. 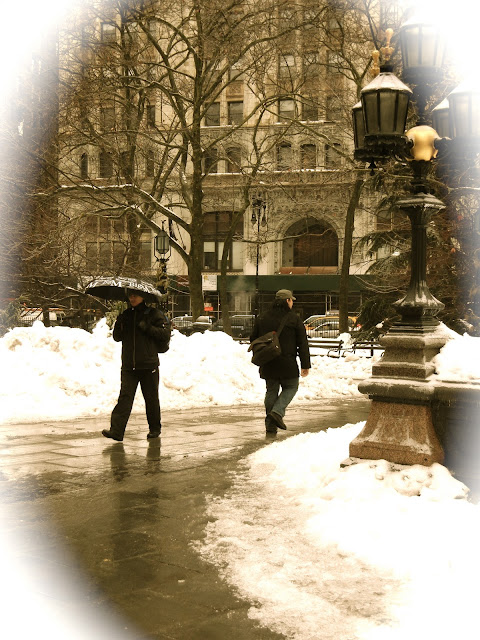 Rain was falling on top of ice and droplets were decorating twigs and fountains. 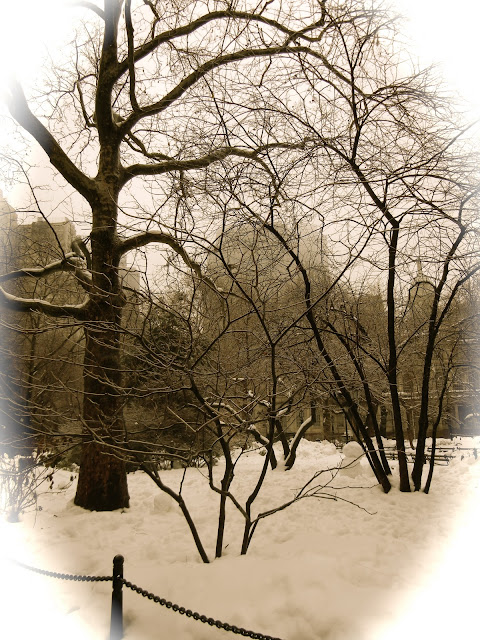 It was all rather pretty --if damp. 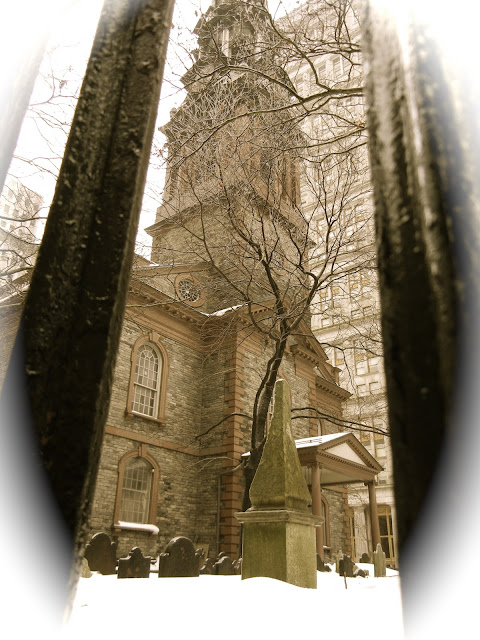 St Paul's church is lovely in itself, even if one didn't know its role
as a respite for the rescue workers after the Trade Center attacks. 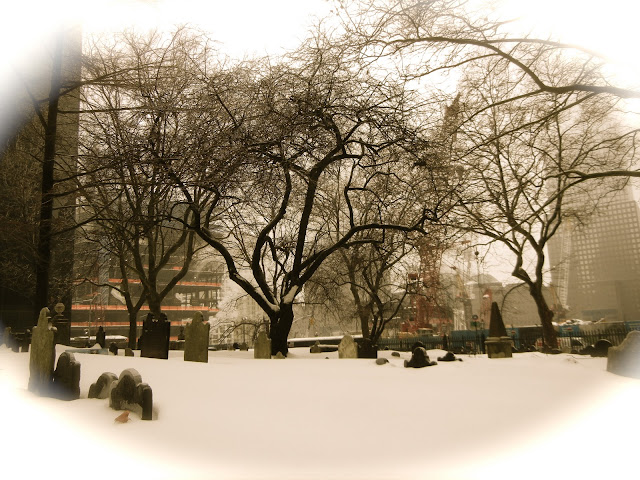 Beyond the peaceful graveyard, the new buildings grow apace.
ps. Have just read Washington Square --such a wonderful glimpse into old New York
*
Posted by Elizabeth at 1:14 PM