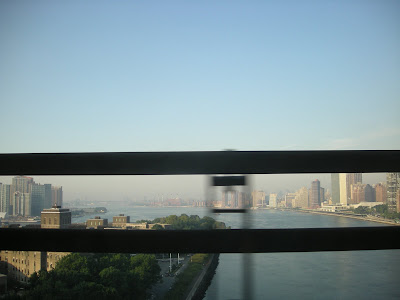 Because Manhattan is an island, bridges and tunnels are vital when one wishes to escape.
We were going to pick up a friend in Queens.
Take the 59th Street Bridge........
But it says the Queensborough Bridge.
That's what it's really called. OK. Finally things fall into place. 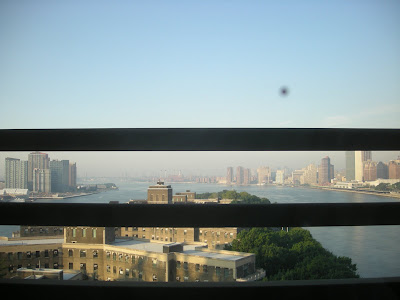 Much too much railing. But we are on the outer roadway.
Over Roosevelt Island where Robert's great aunt Barbara lived in a hospital for incurables in the 1920's. She wrote poetry. 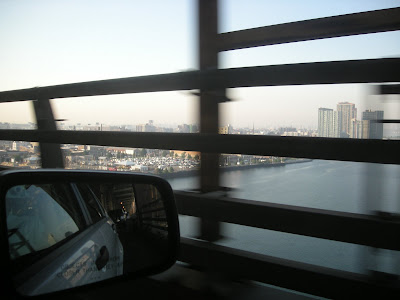 Queens in the distance.......on the far side of the East River. 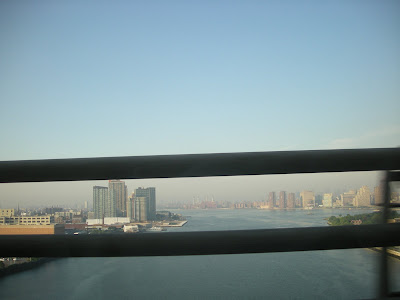 Everything on such a large scale.
A perfect blue day. 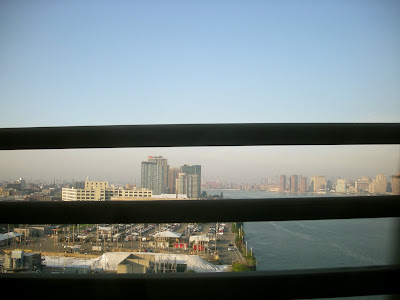 Posted by Elizabeth at 8:21 AM