Finally got to the south shore of Long Island early in the morning on an overcast day. 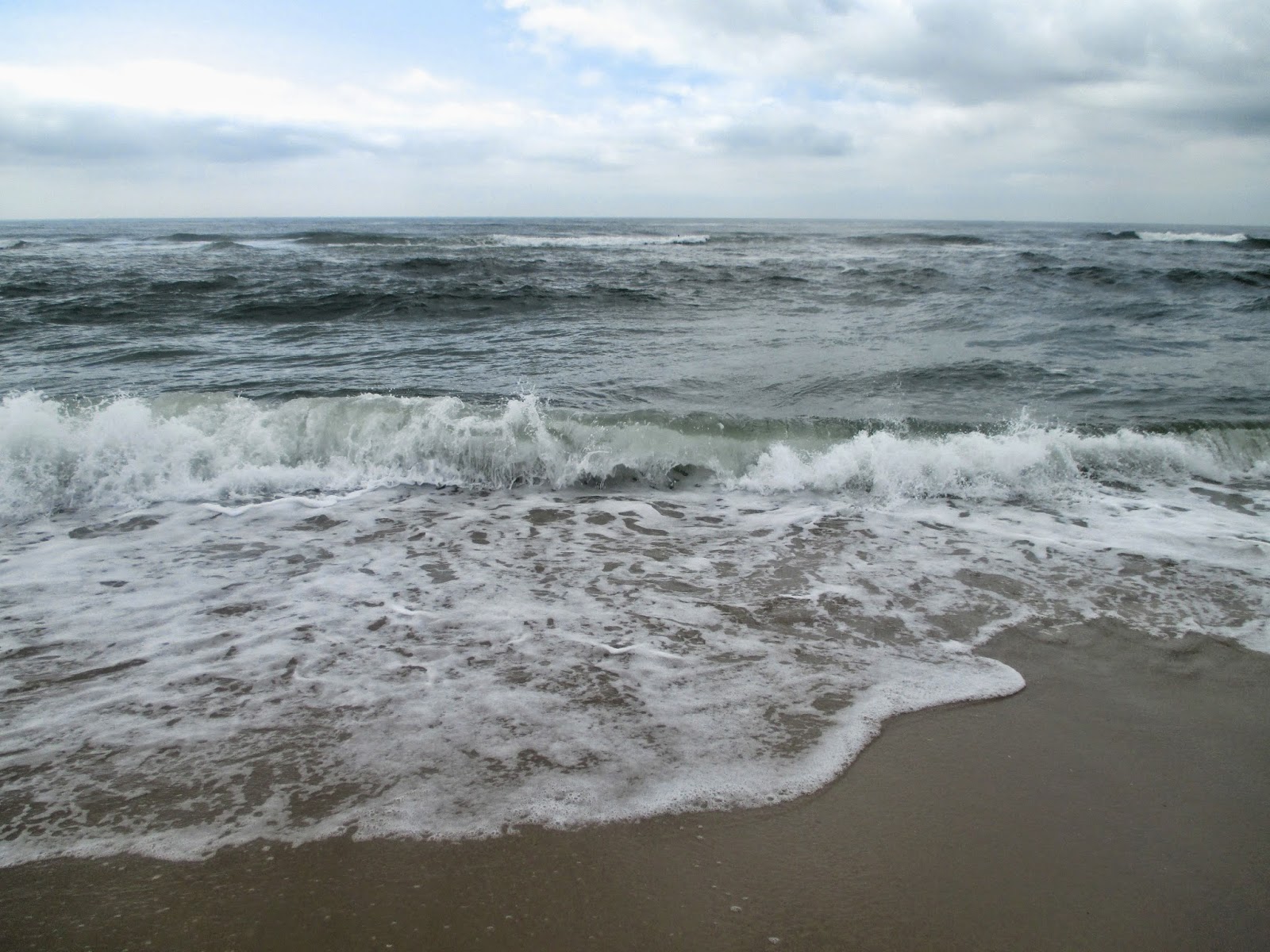 The sea was gray. 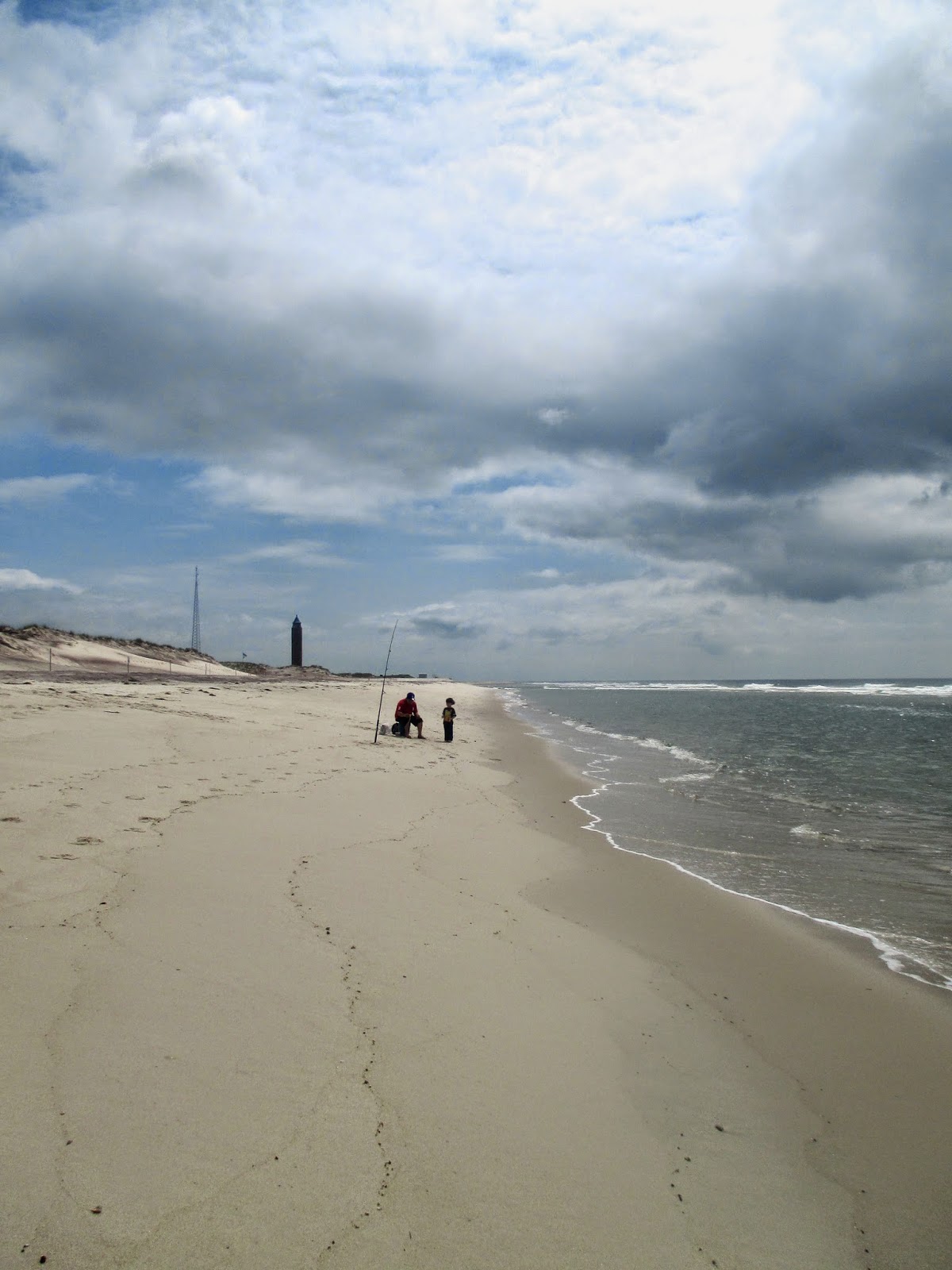 Very few people were there - a father and son were fishing. 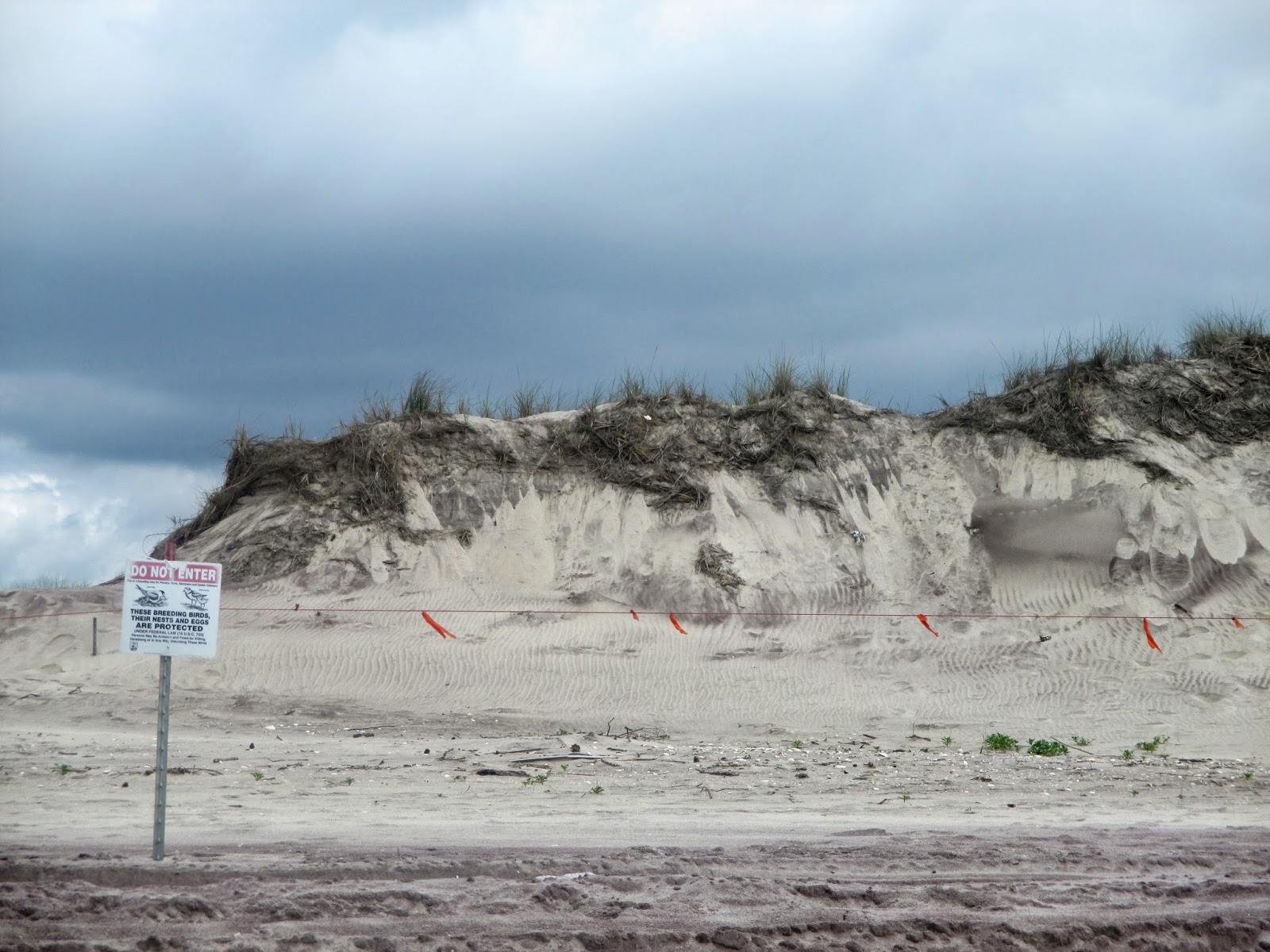 The dunes were looking battered and ratty - much worse, oddly, than after hurricane Sandy. Parts were taped off for birds' nests. 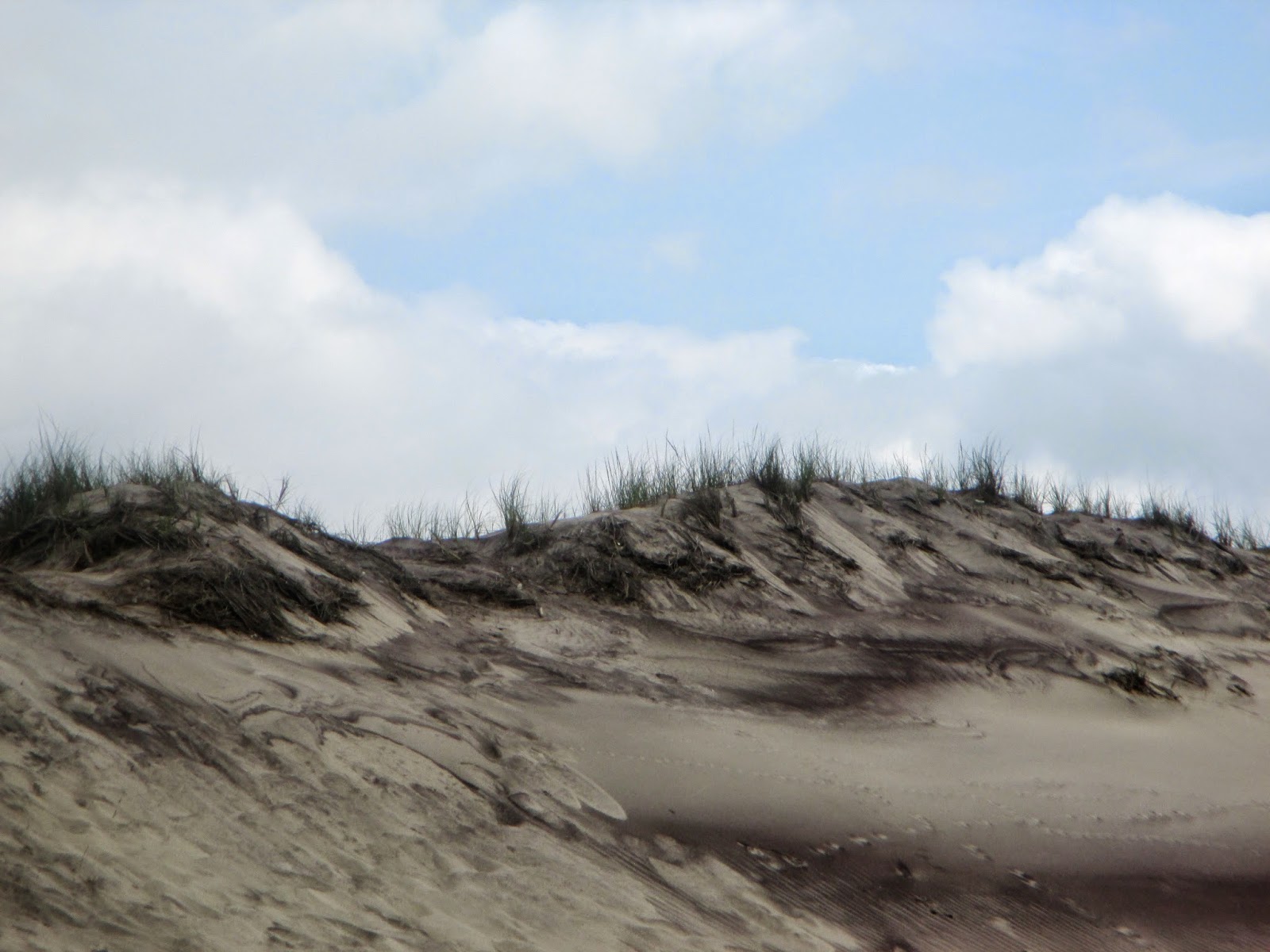 Much more darker sand was visible than usual. 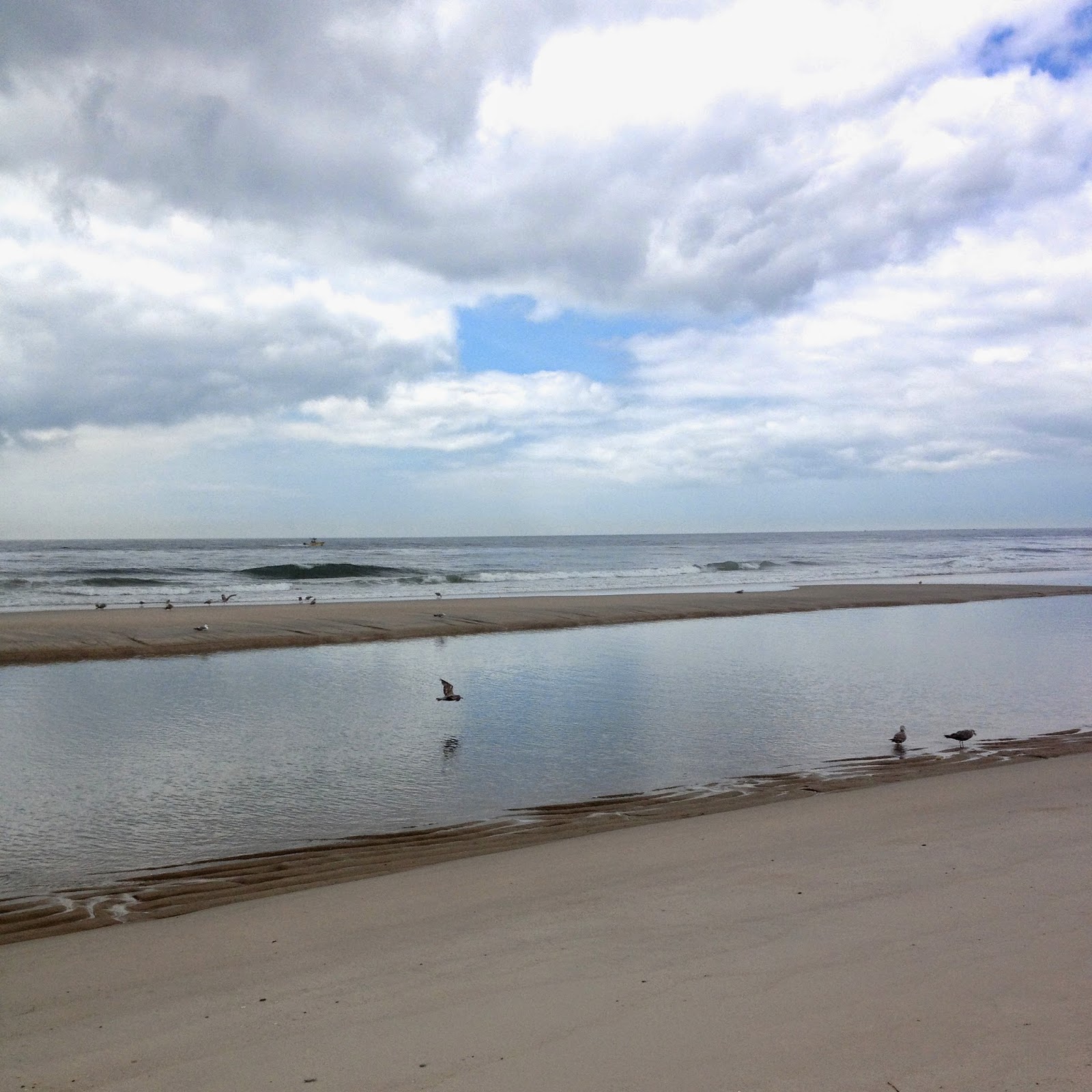 The beach itself was much altered - a much more pronounced difference than in previous years. Nice to have a sand bar an an inlet for paddling. 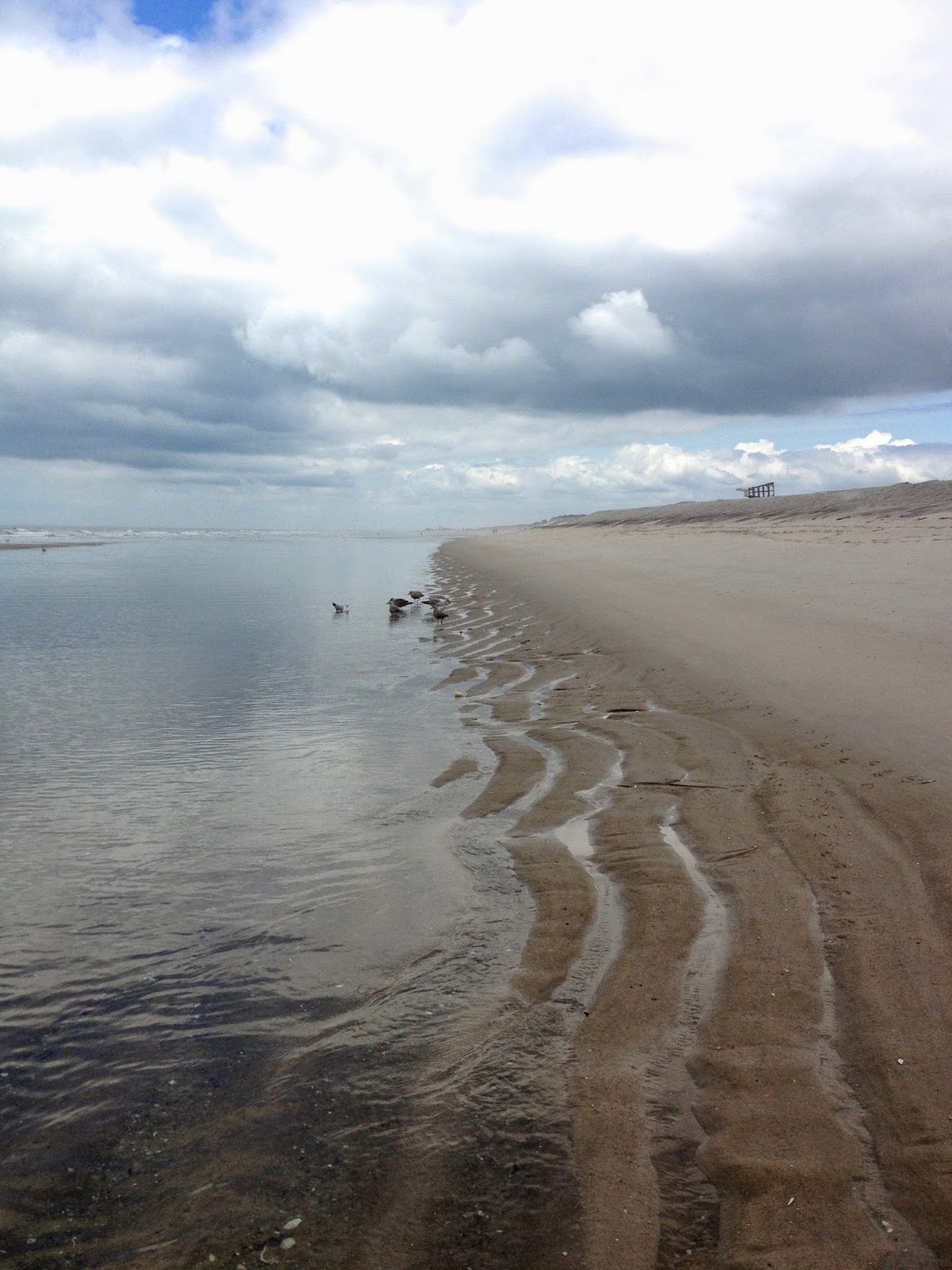 Big ridges in the sand. 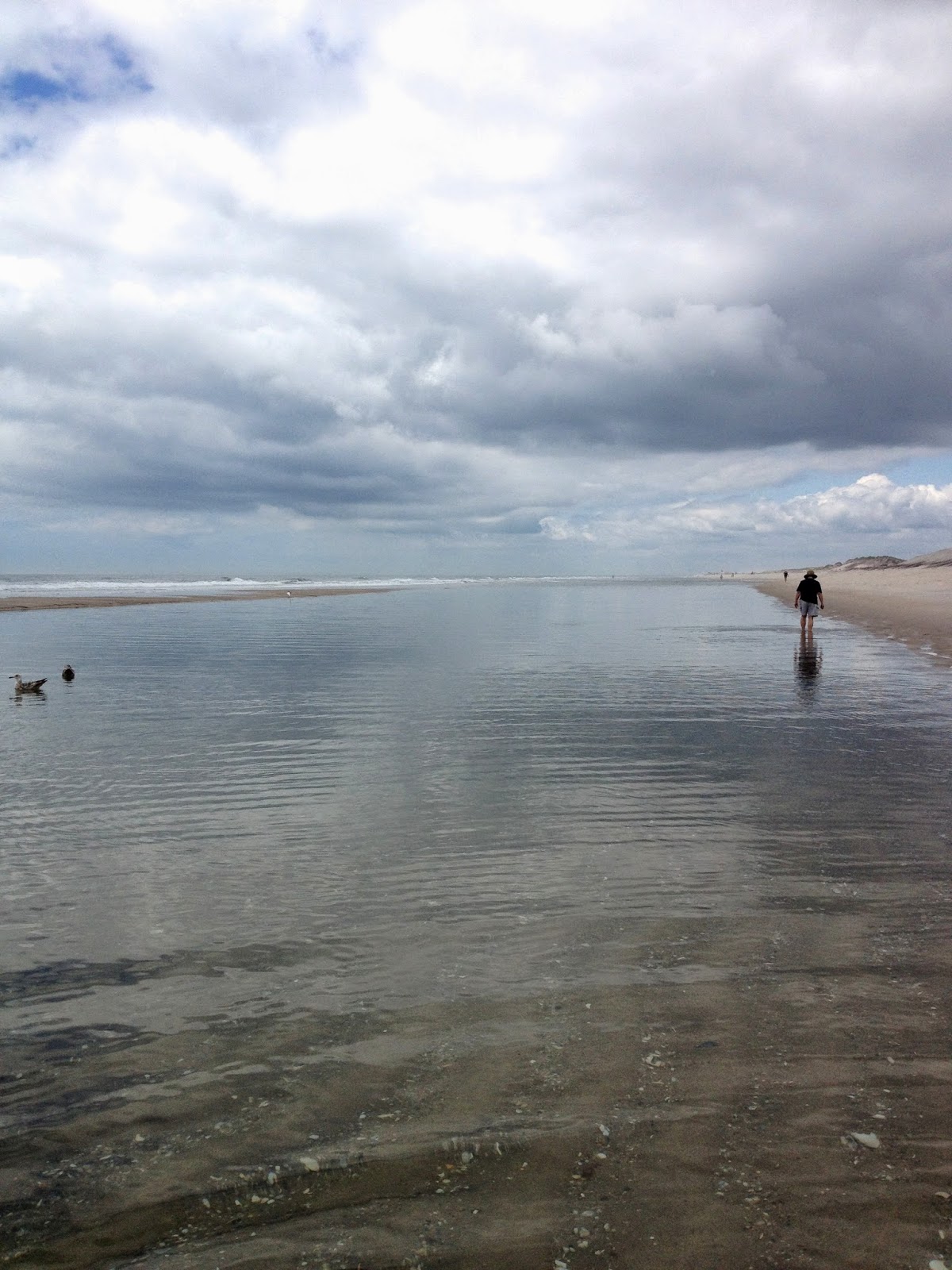 Lori heading back towards where we had left the picnic things. 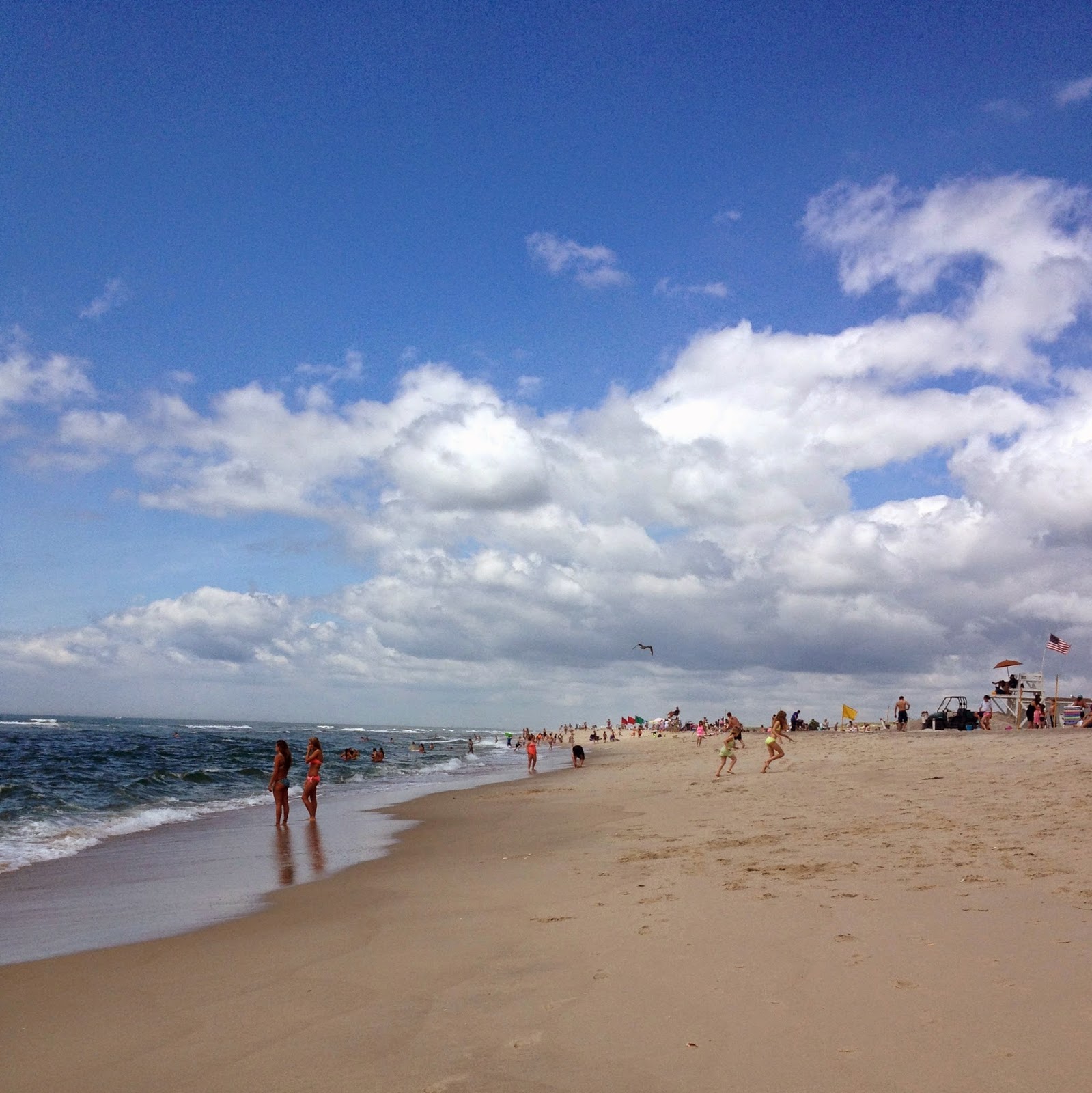 By the time we left in early afternoon, things were looking much more normal.