Today it's snowing again. This has been a very long, cold, dreary winter season - so far - and there's lots of it left to come... 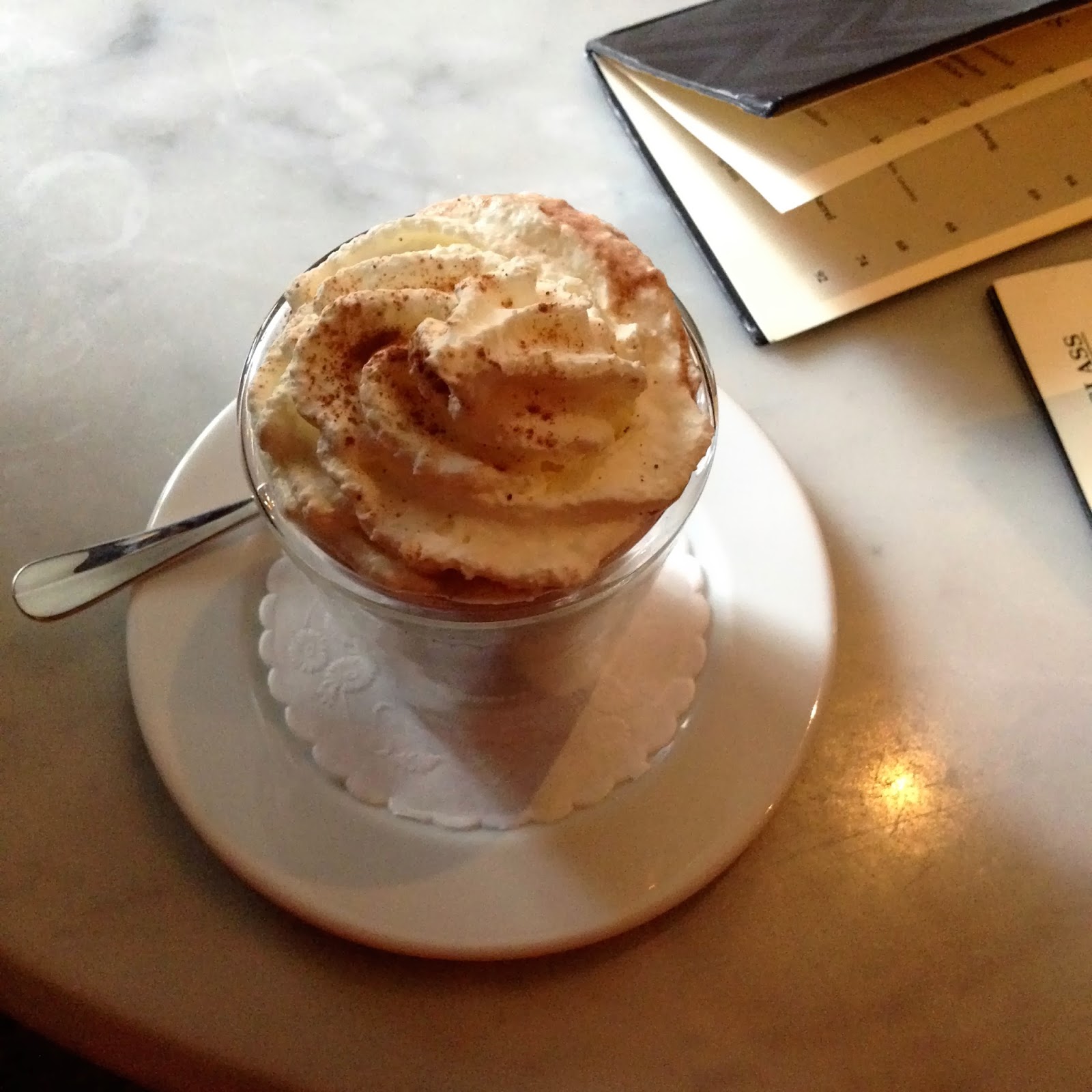 Best thing in the last couple of weeks: hot chocolate at the Cafe Sabarsky at the Neue Galerie 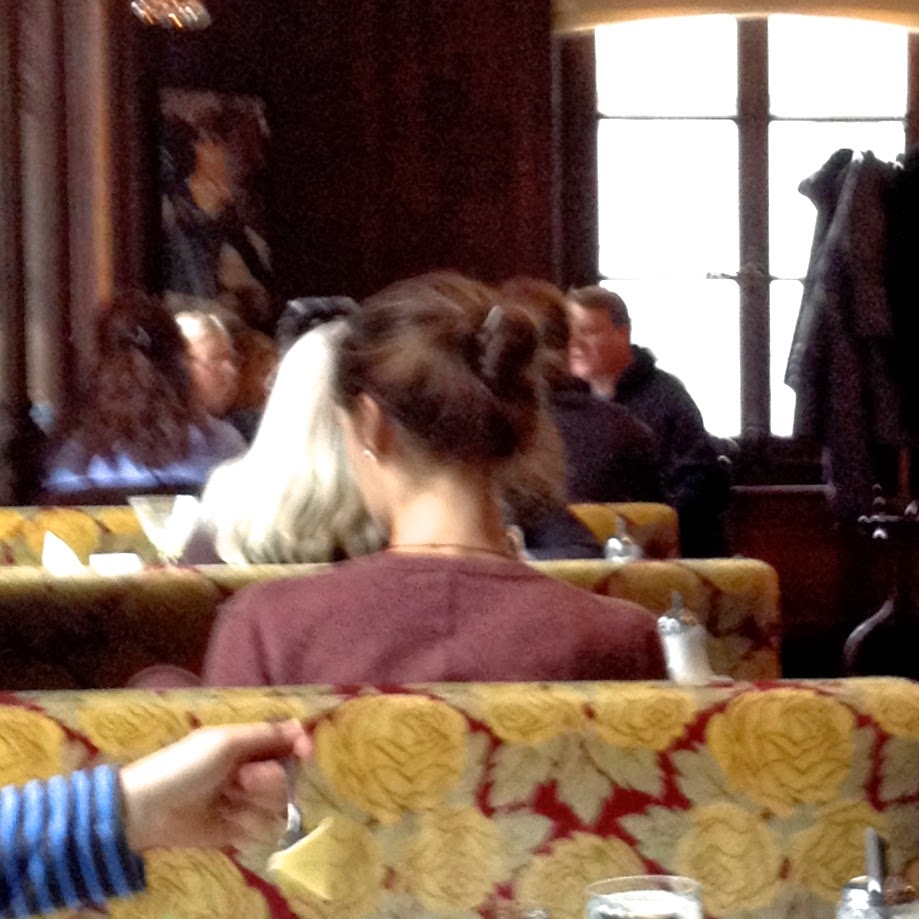 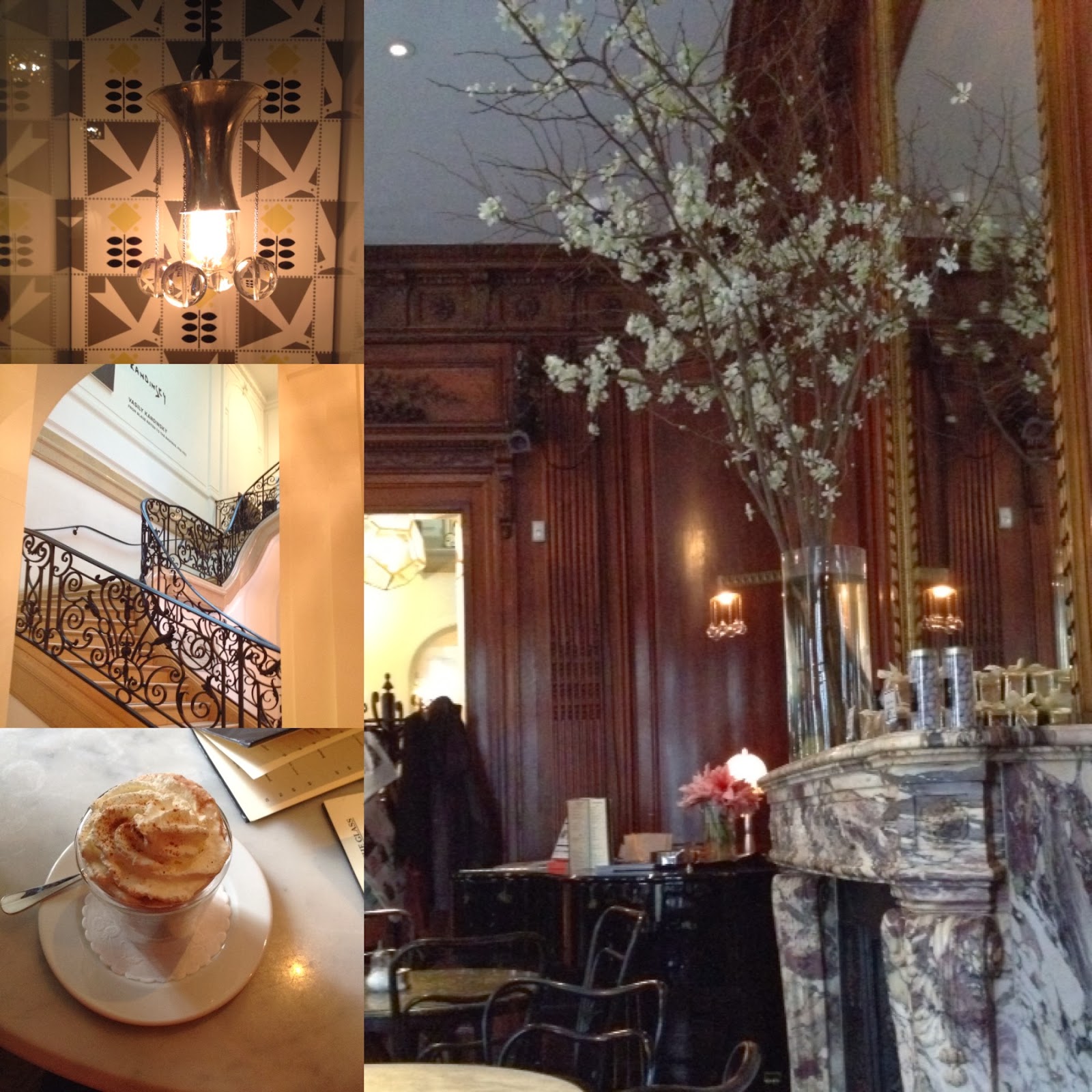 and fantasied about moving in - or at least having some swanky party there.

Then there's the Metropolitan Museum of Art 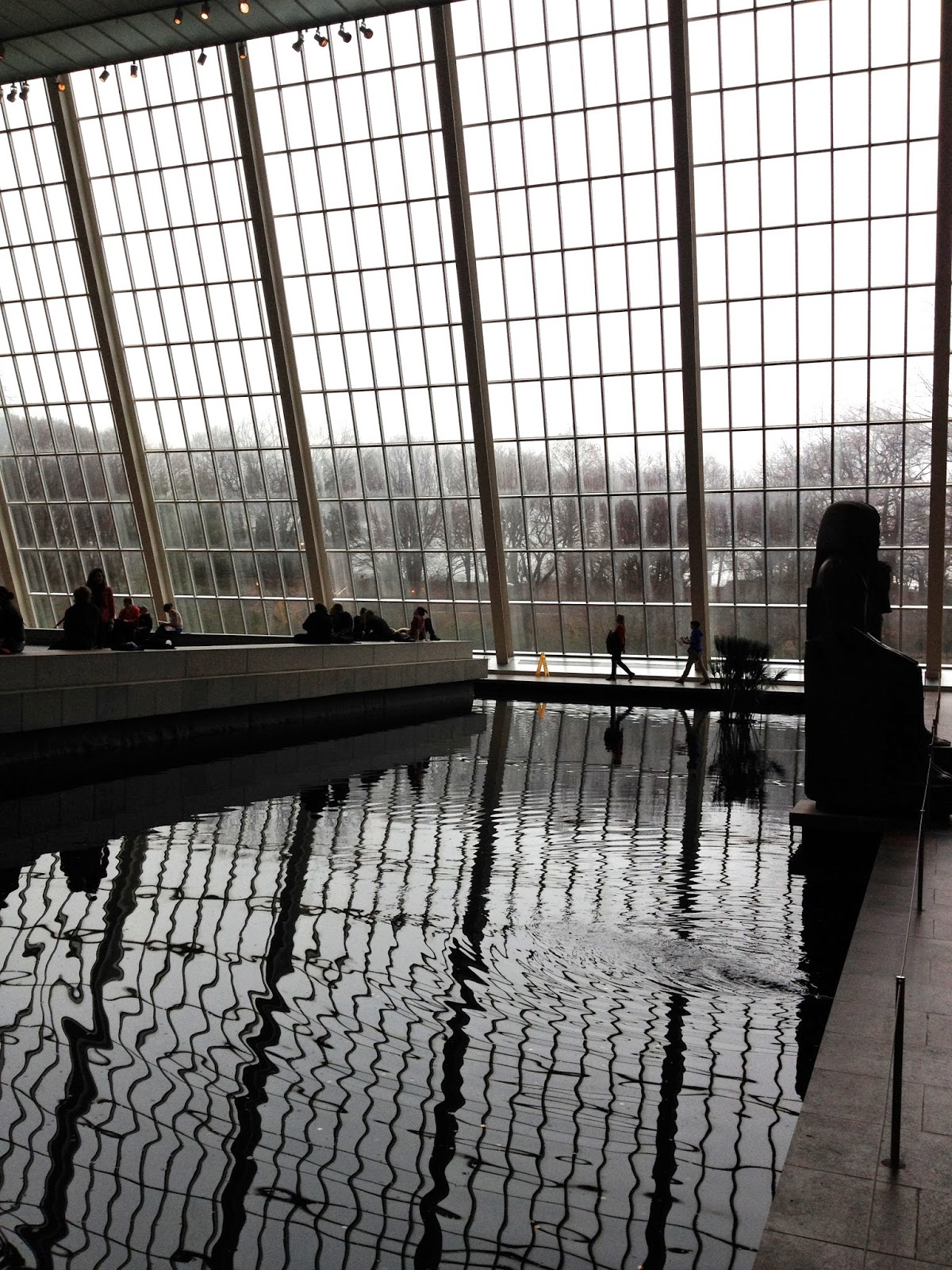 which is utterly overwhelming, dwarfs one entirely 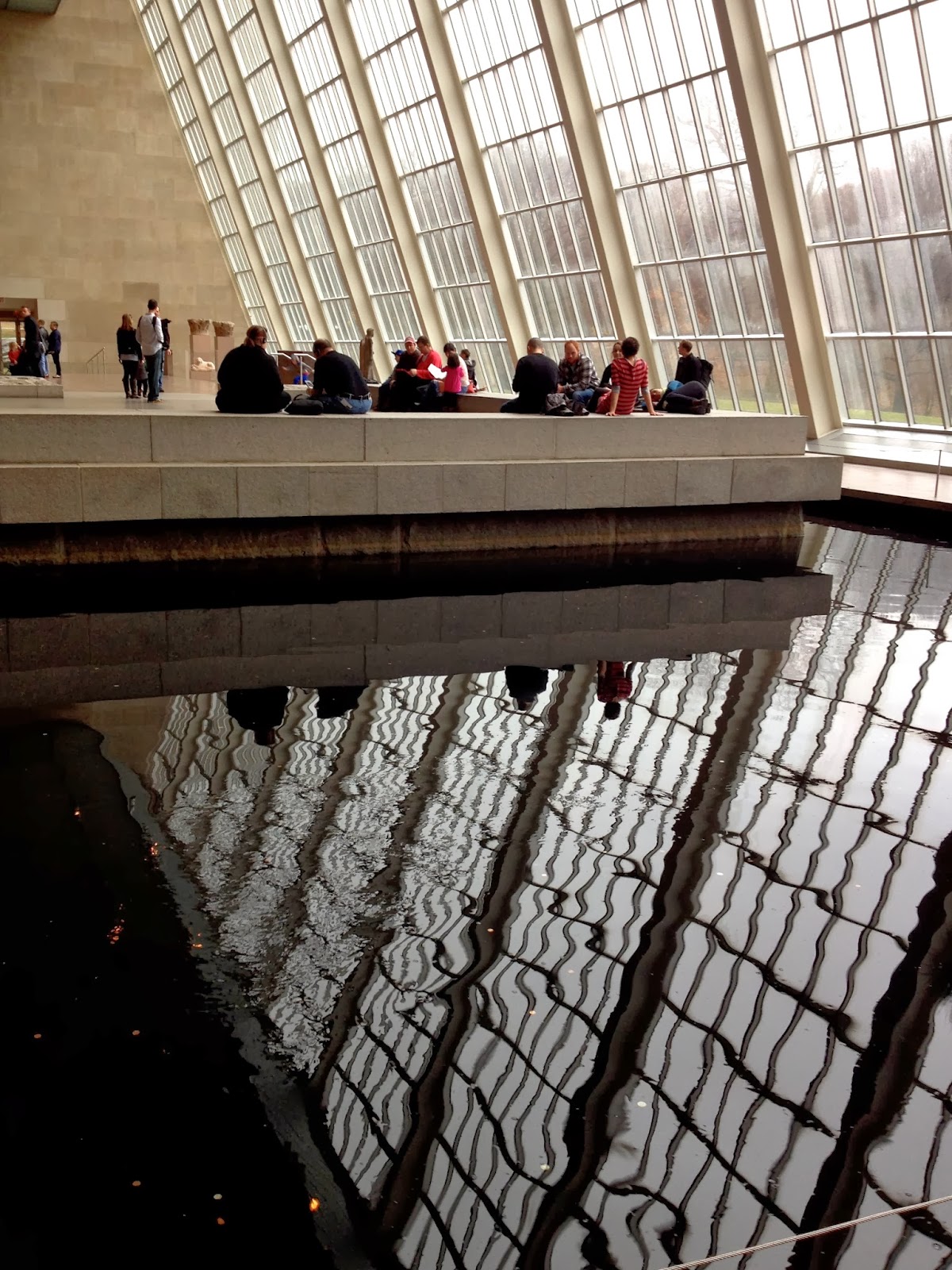 and is splendid for people watching 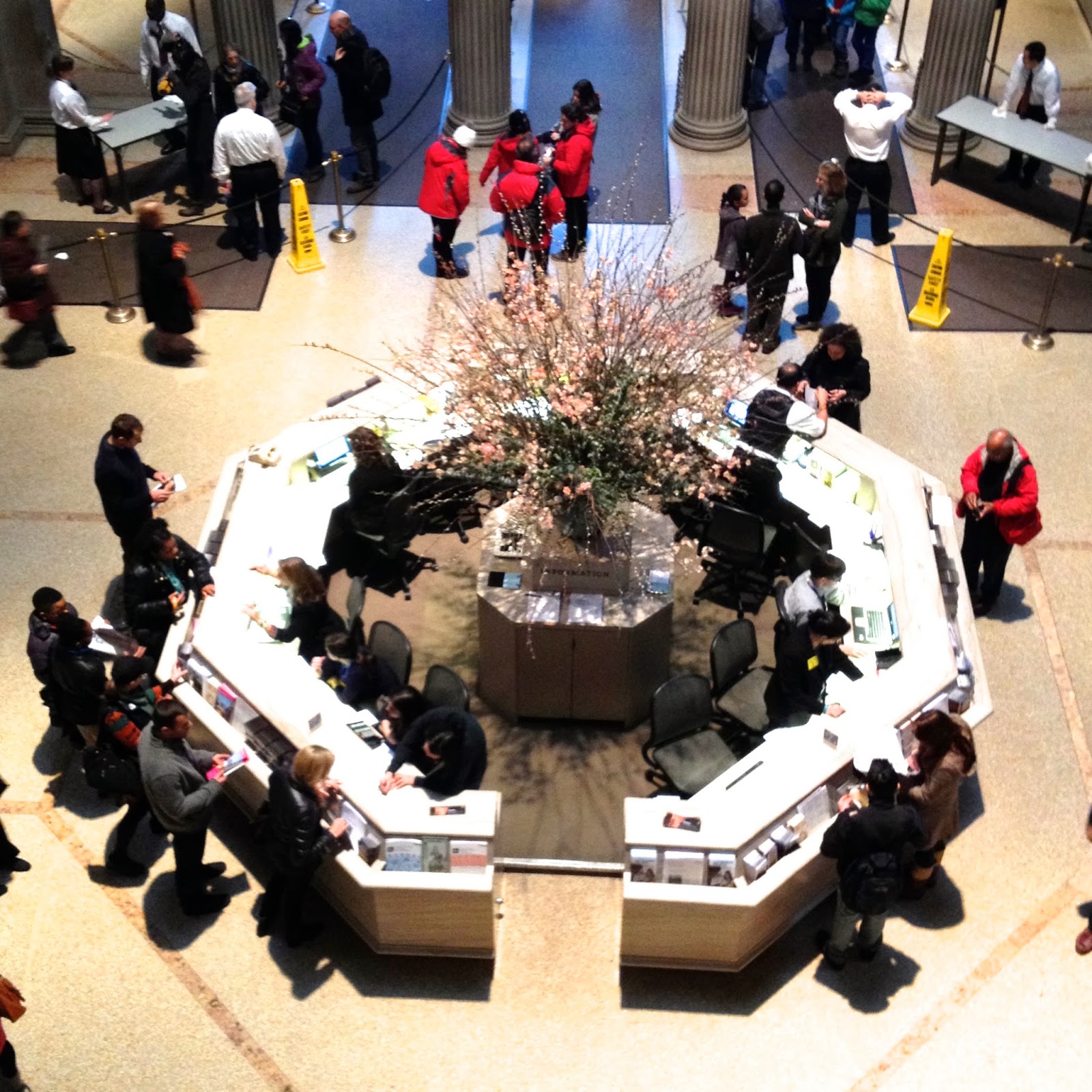 and spying on them from above.

Another possibility is to go statue gawping 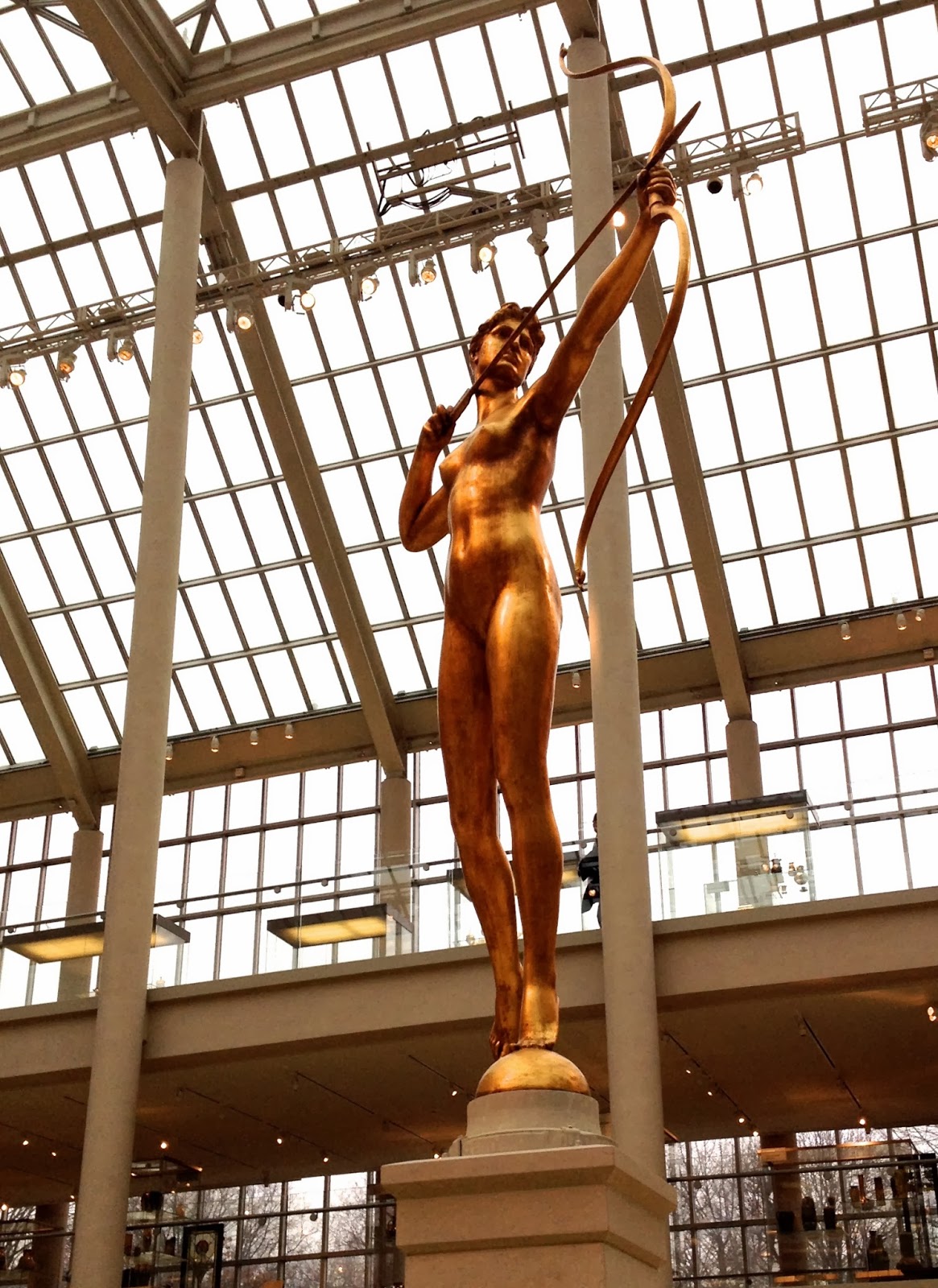 this is Diana who used to live above Madison Square Park, but is now all newly-gilded at the Met. 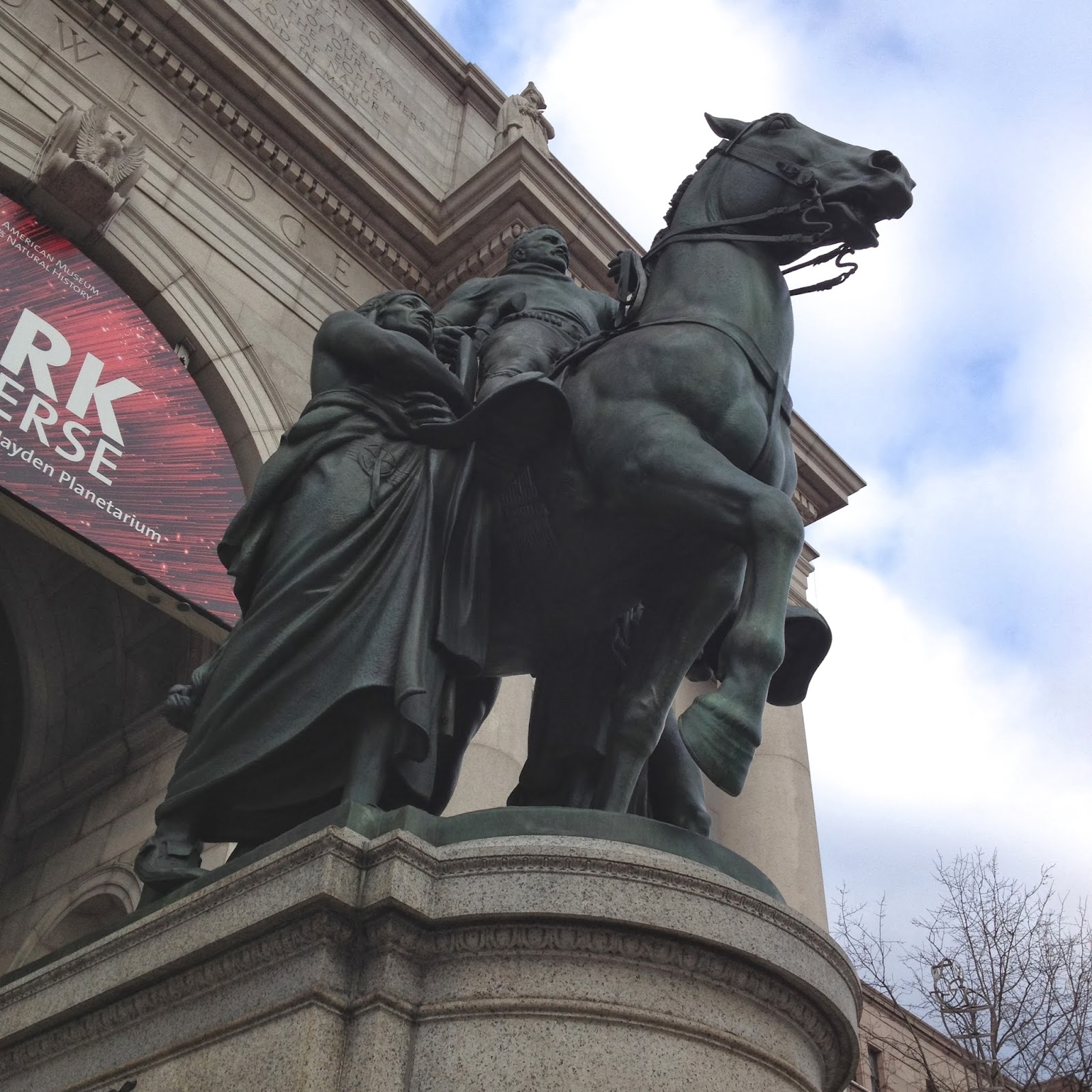 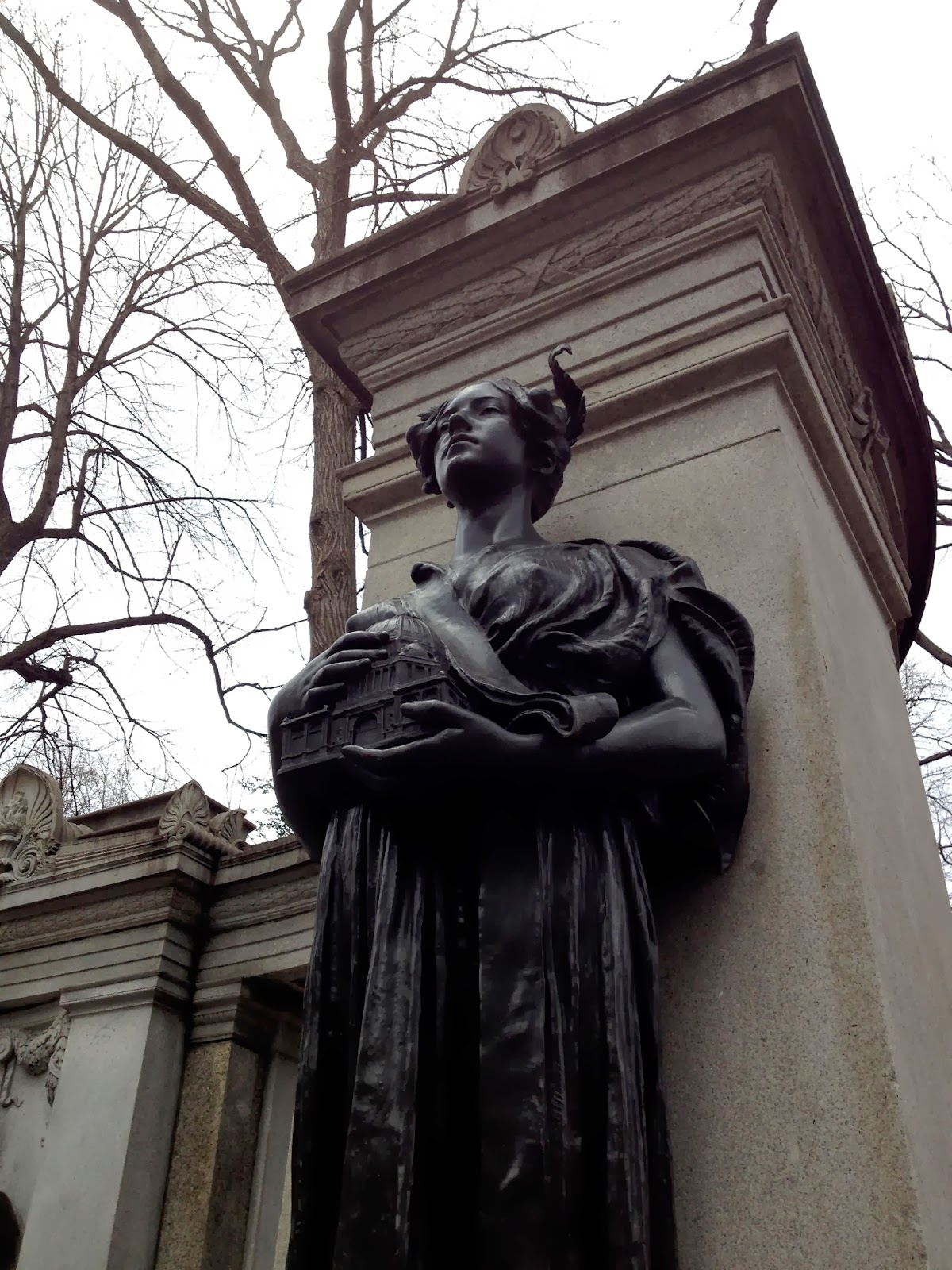 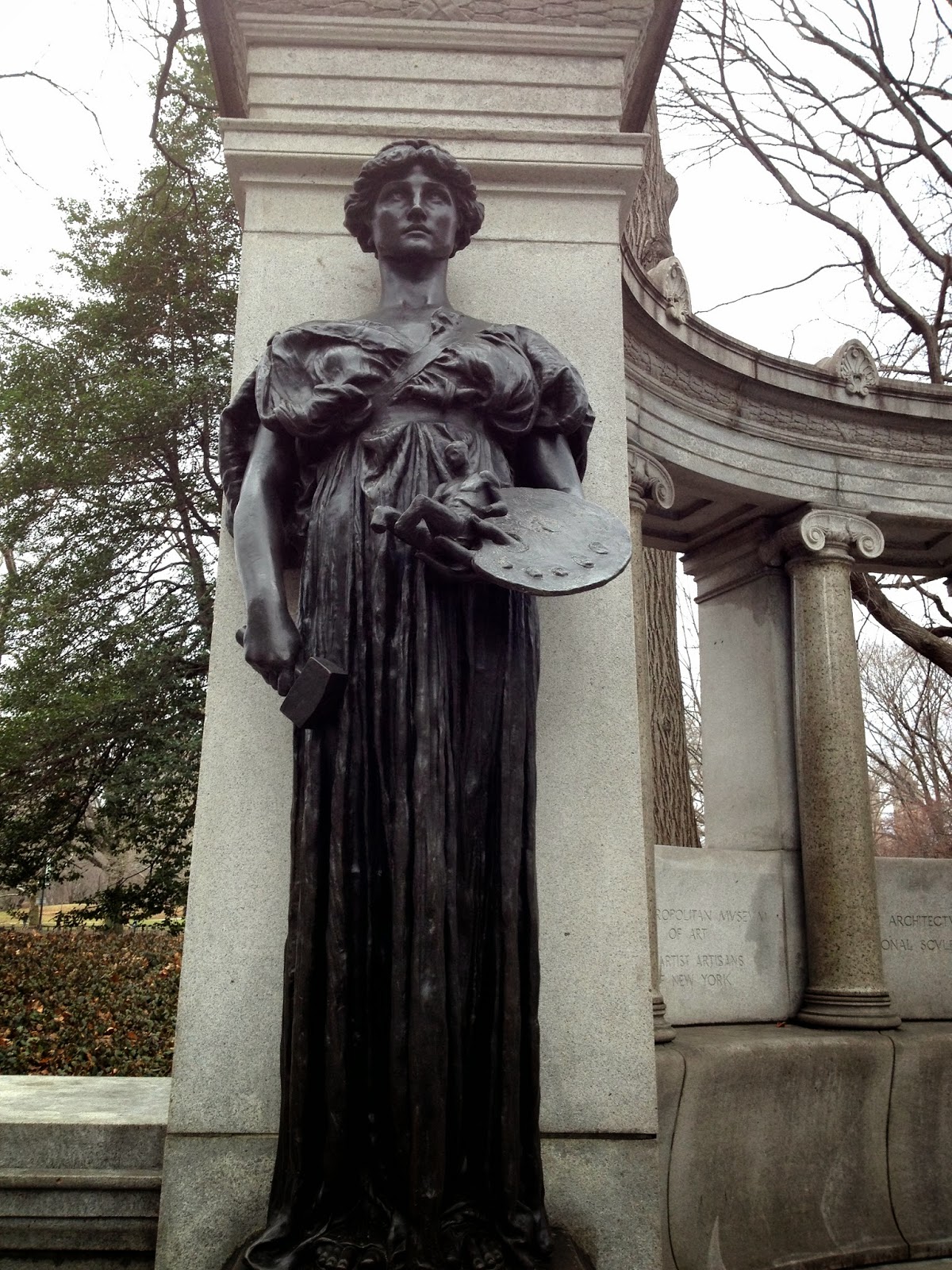 her calmer sister is definitely painting. 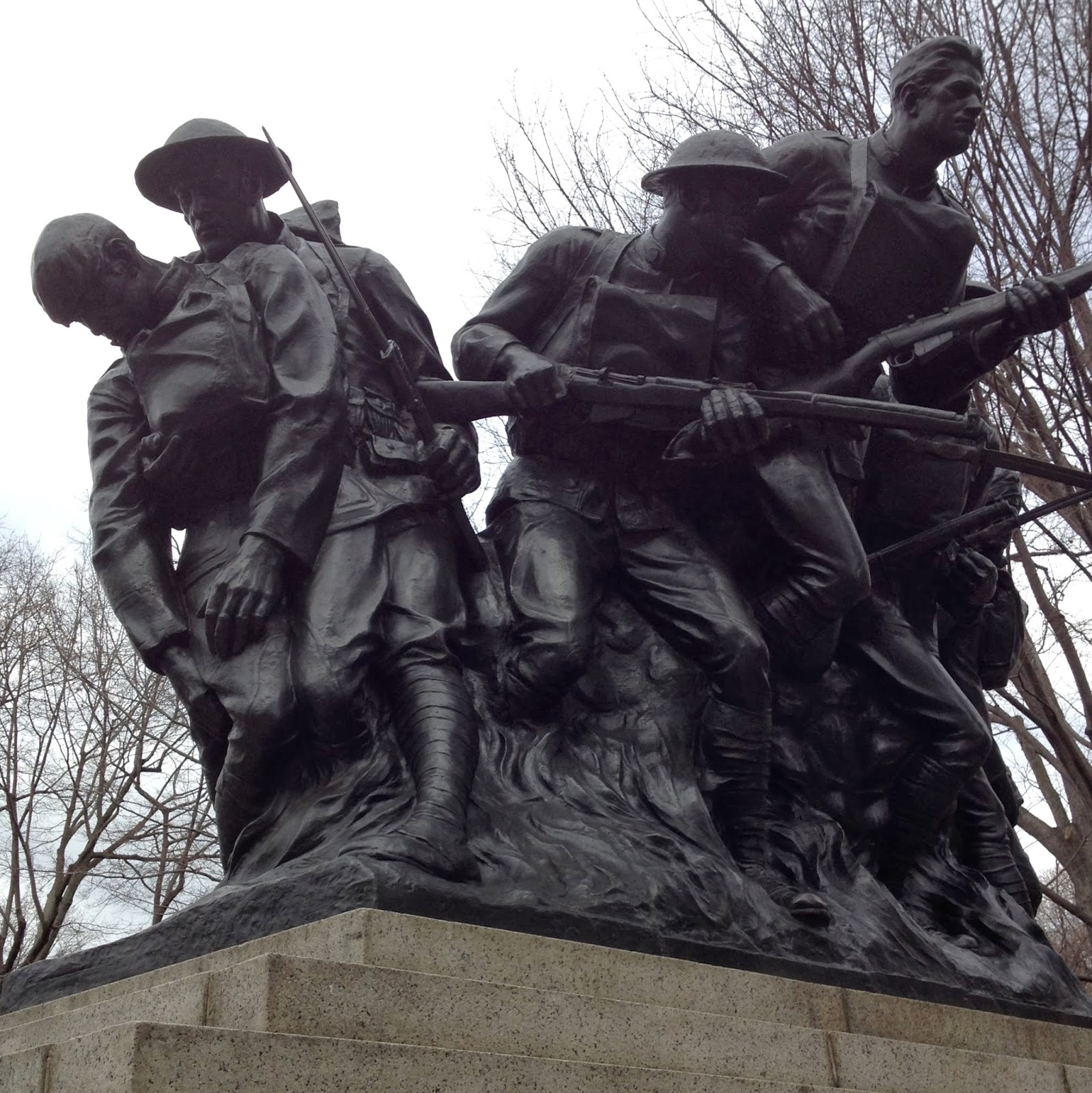 someone terribly important (and over-gilded) 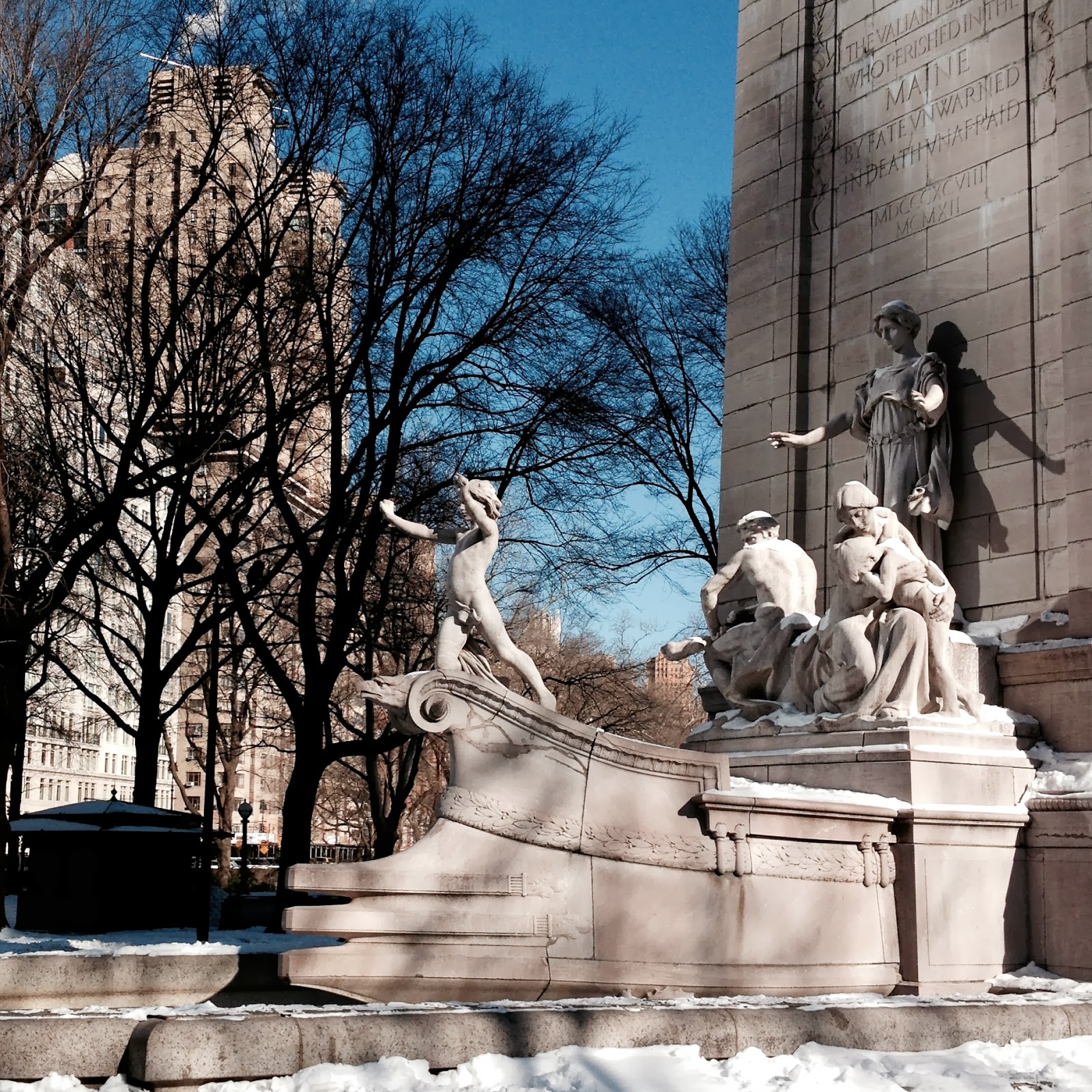 and chilliest of all a memorial to The Maine.

Got to dash to Macy's - which is at least warm. Will annotate the statues later!

Posted by Elizabeth at 2:55 PM