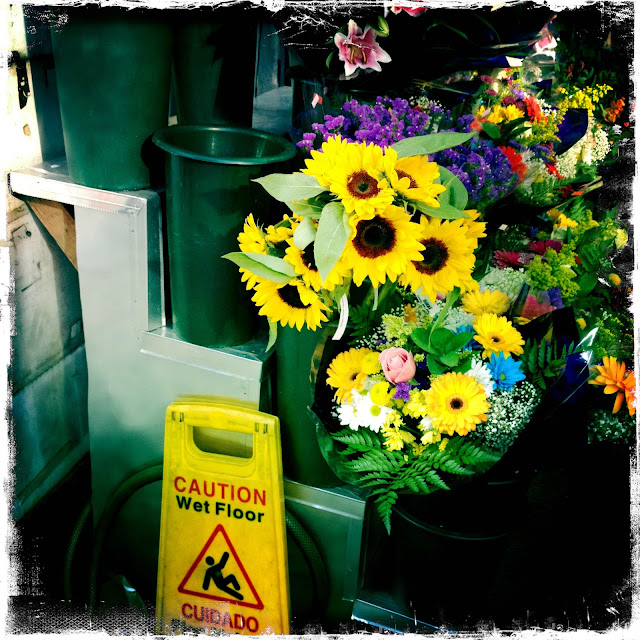 The flowers at the deli are aways pretty technicolor, but cheering nonetheless. 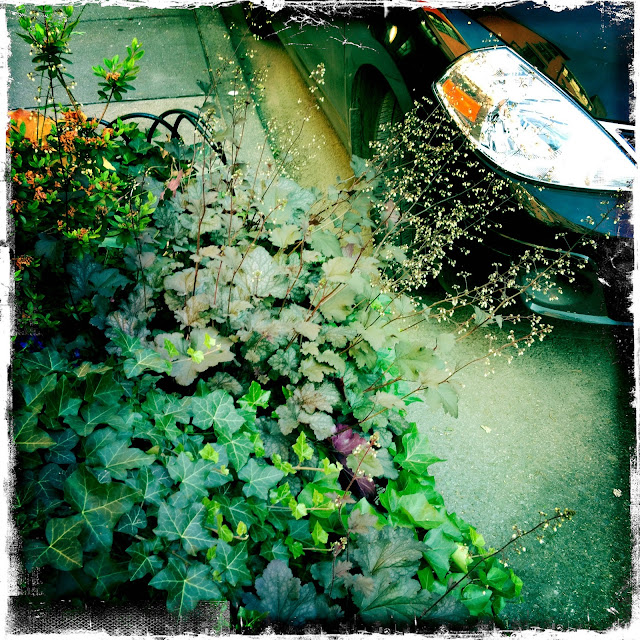 How come the coral bells on 22nd Street are blooming (albeit a white variety) and mine aren't? 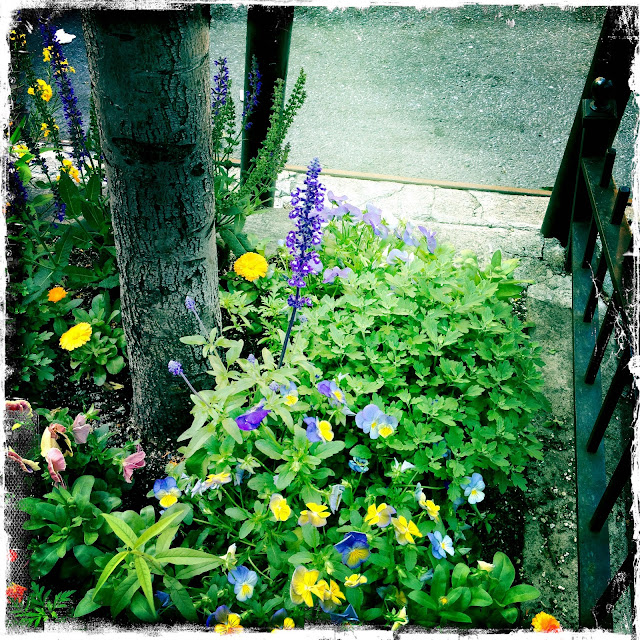 One of my three tree pits with quite a pretty salvia, a left over 'mum, pansies for hammering, and calendula. 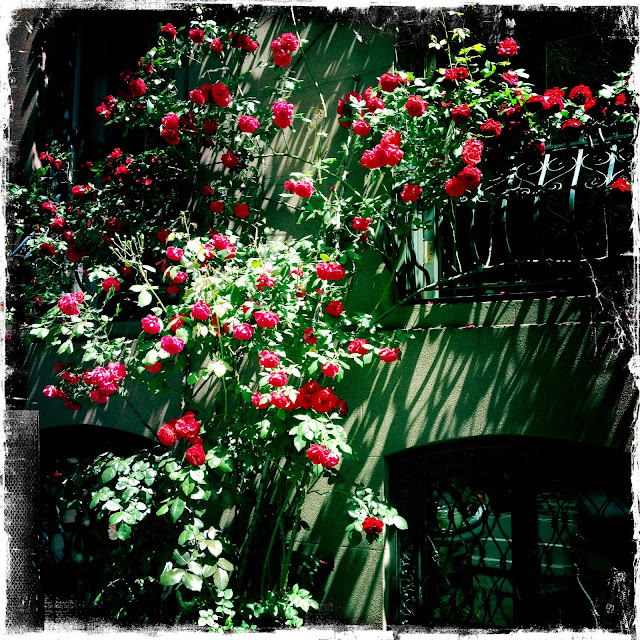 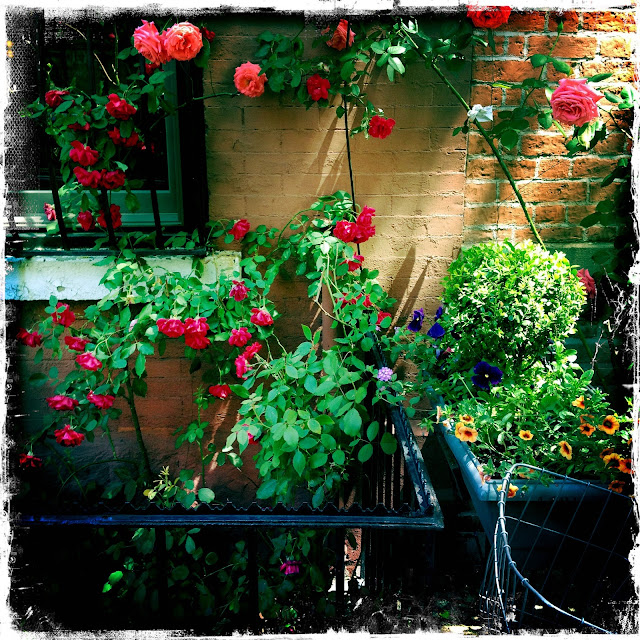 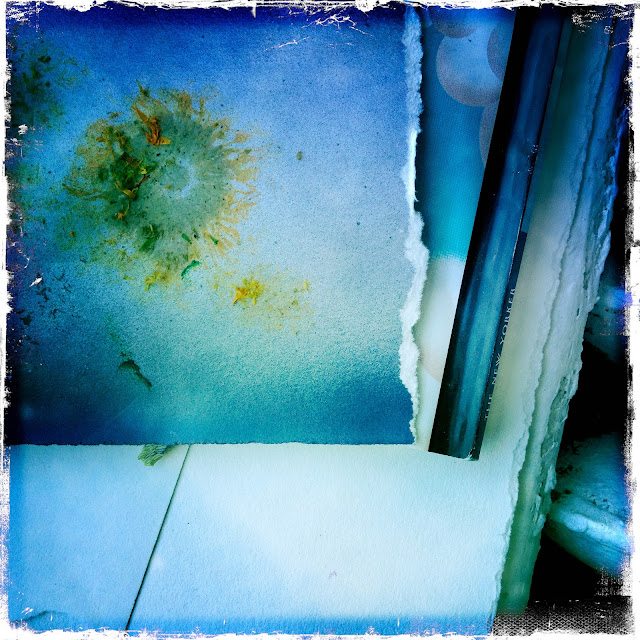 Tried hammering a calendula that someone had picked and cast aside....not nearly so good as a pansy.

The photographer Susanna Gordon has written kind things about my poem book here. She is offering two copies as a giveaway......so.....