A Visit to Essex 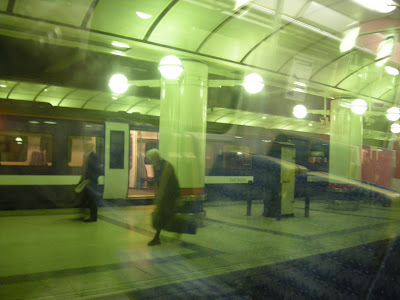 Liverpool Street Station is much altered from when I was a child. (What isn't.....?)
I looked for echoes of childhood memories and discovered them in all the lanky buddleia bushes growing out of walls once one left the station.
The once black station is now very clean and moderne.
A thought: 30p/55cents is too much to charge for the ladies' room. Hm....... 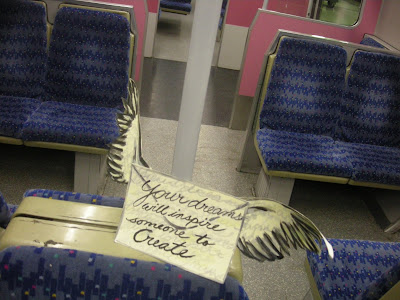 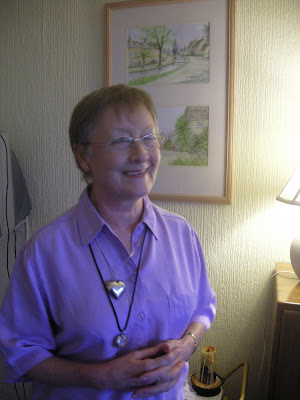 I was met by a most hospitable fellow-bogger Barbara and her husband Alan. I often go to Barbara's blog when I'm in America because it's quintessentially English.
We had a delicious lunch of homemade soup and bread, and later scones and toffee shortbread. YUM.
I had not realised before that Barbara is an accomplished watercolorist and calligrapher. (You can just see two of her paintings of the Cotswolds behind her.) 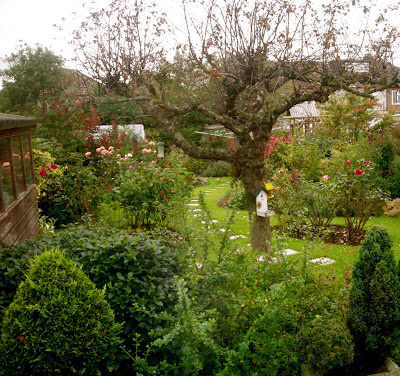 Anyway, we chatted and chatted non-stop and the afternoon flew by.
The weather was typically English - rain followed by a general sort of damp - but I was able to enjoy the garden I recognized well from her blog. 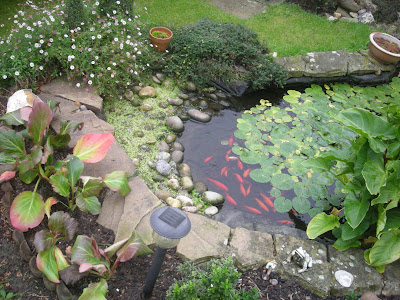 The goldfish swam merrily in the pool and the whole excursion was a delight.
Posted by Elizabeth at 6:20 AM