In the early 1950's the artist  James Lewicki decided to build a house on the north shore of Long Island. I've written about him before. Anyway, his daughter Lisa and I have the house in Centerport in common...not to mention the woods.
Yesterday Lisa said that there was a new trail in the woods surveyed (sort of) by the Boy Scouts. 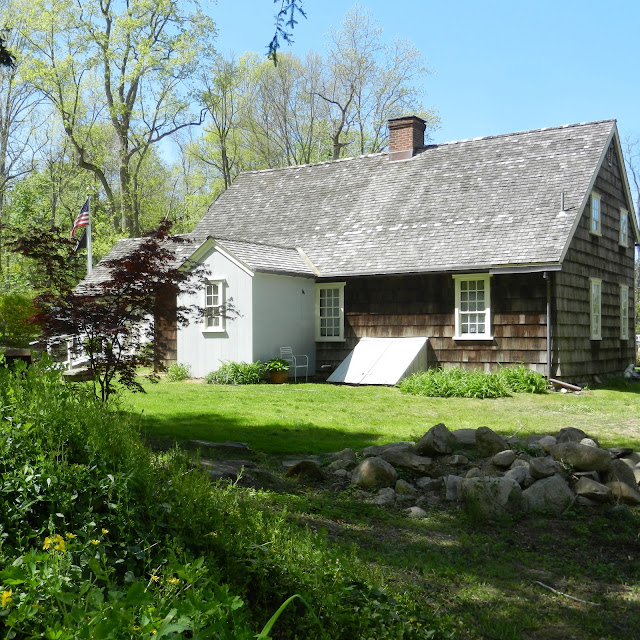 We set off behind the Suydam House all neatly painted and tended.... 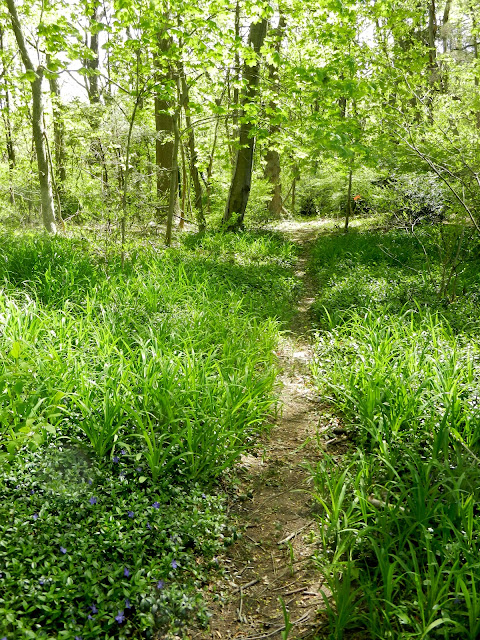 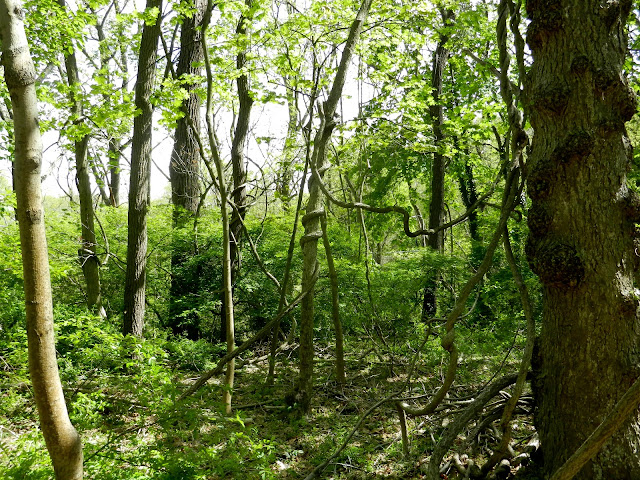 where we discovered tree-strangling vines 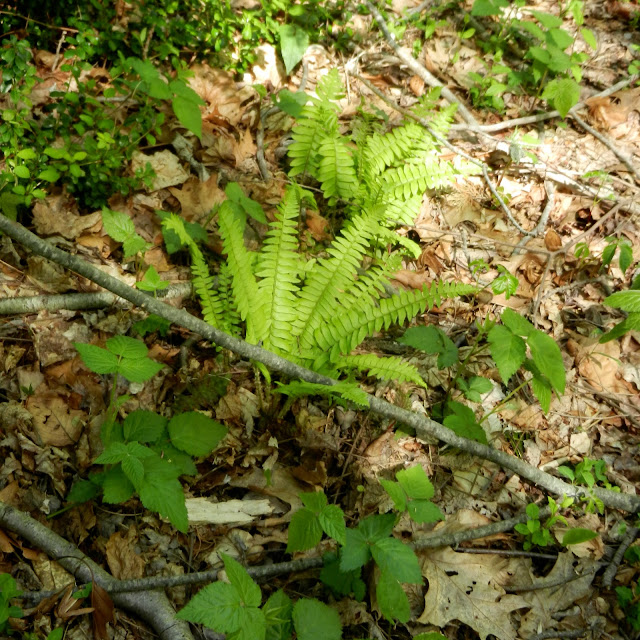 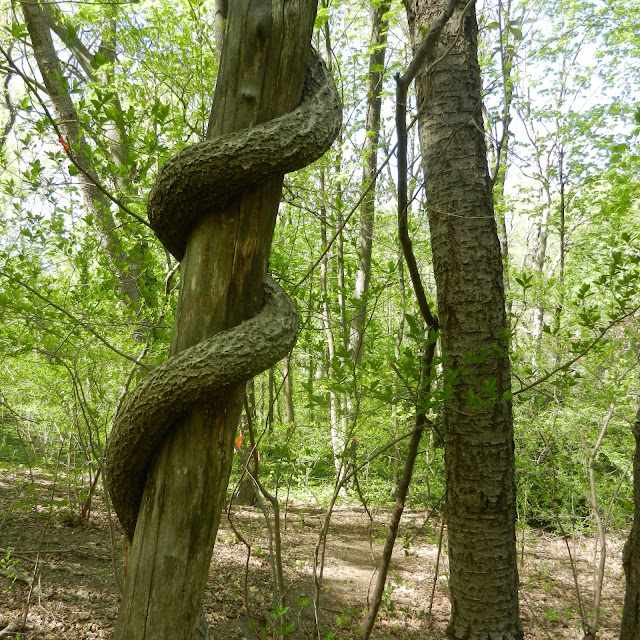 vines as thick as a python strangling you 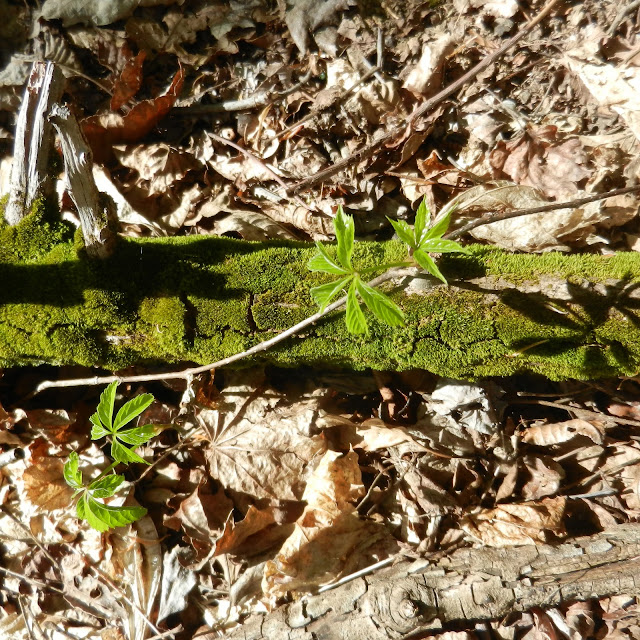 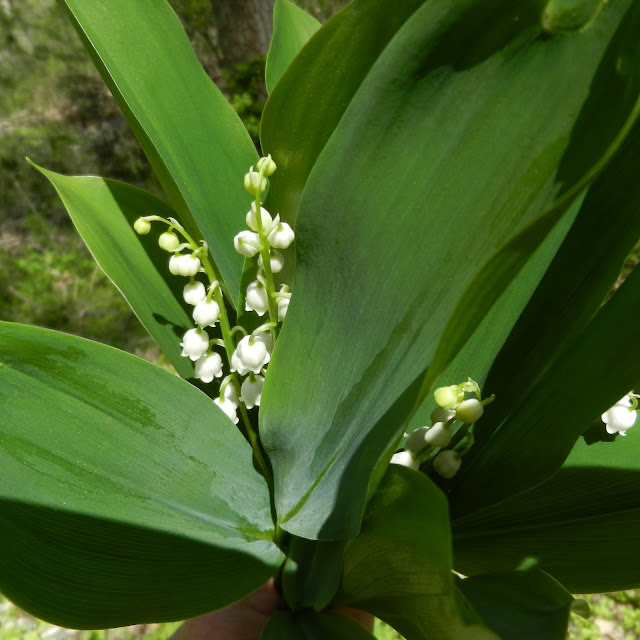 a lovely bed of lily of the valley (was there a cottage here once?) 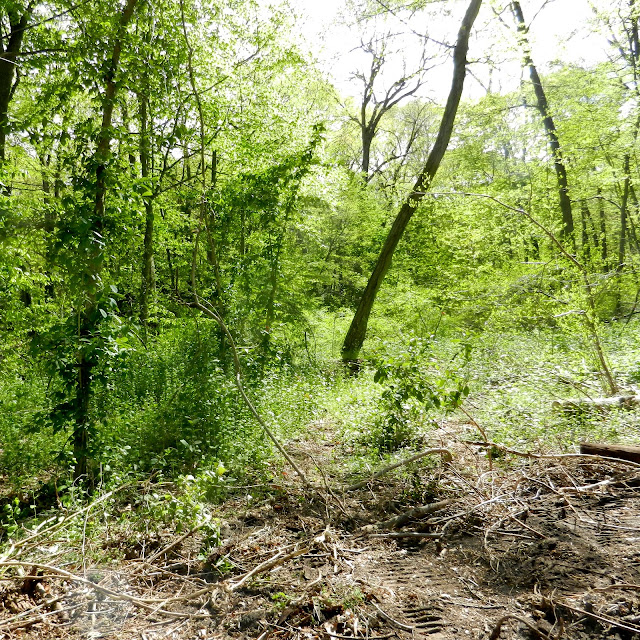 and signs of a bulldozer. 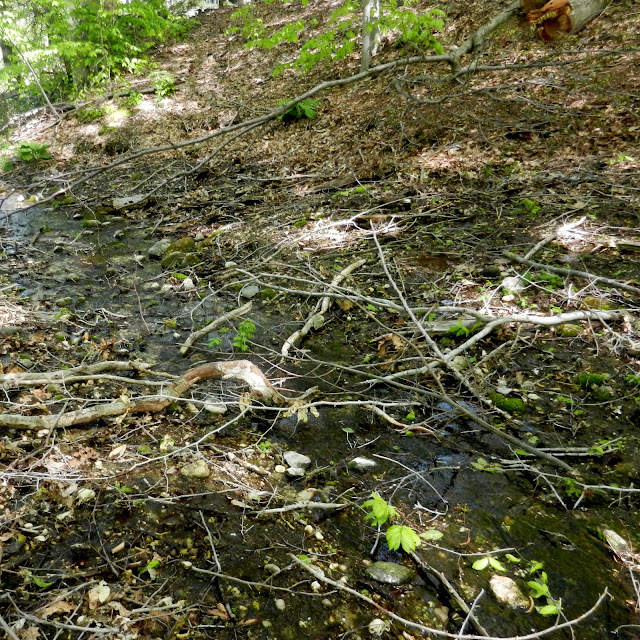 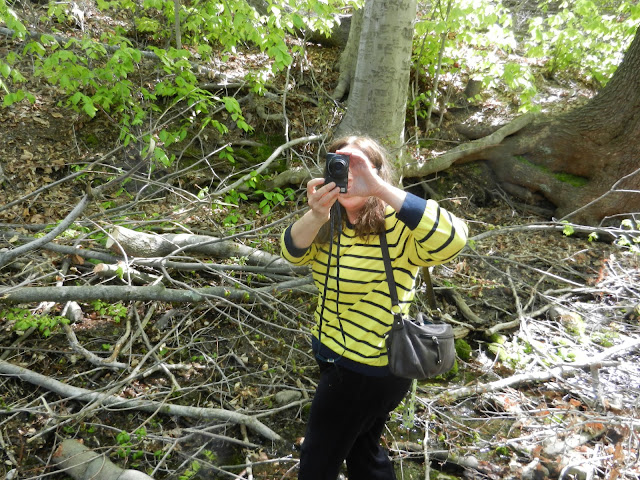 and branches fallen, and no way to get across. 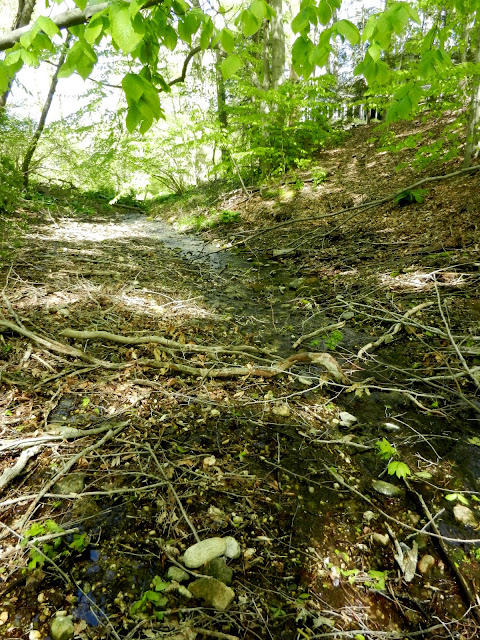 The stream led from Greenlawn to the twin ponds but in all our combined years living there we'd never forded it. 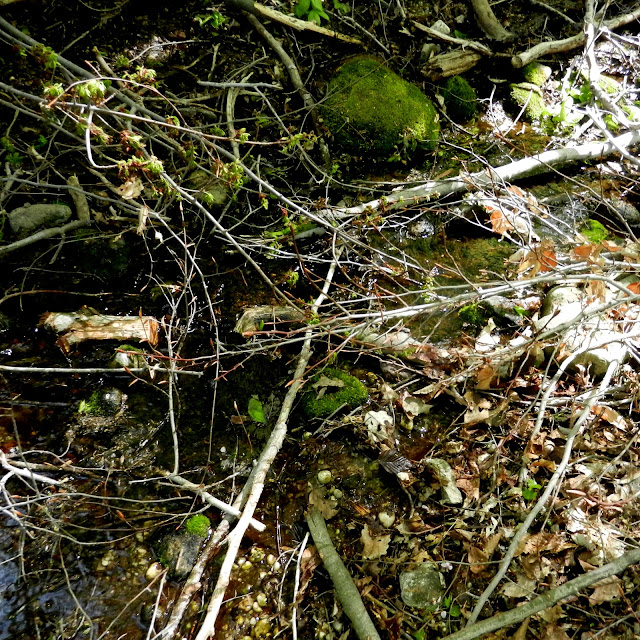 How deep was the mud? How steep the banks? No boots of course but cameras and bags. 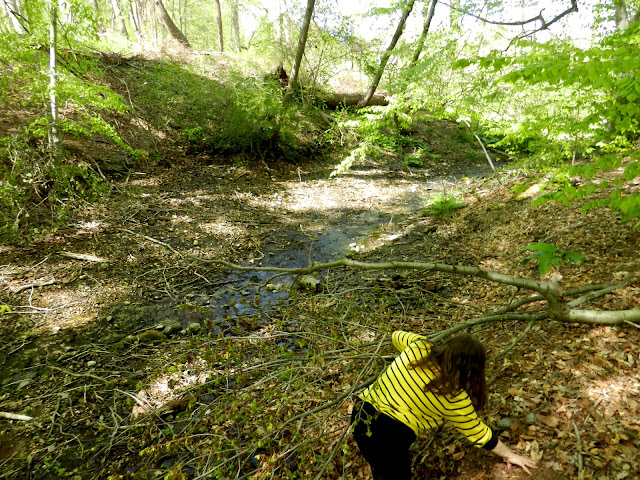 We decide to clamber over it anyway 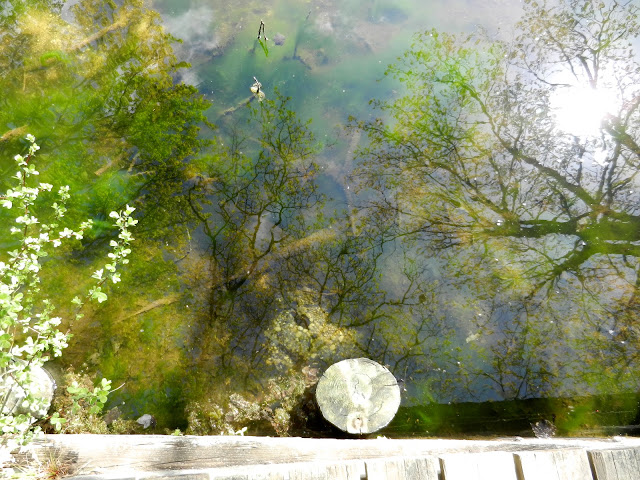 and eventually come to the pond.