We are having the most peculiar weather this year.....but so is almost everyone else -- like Weaver of Grass in England with horribly strong winds. 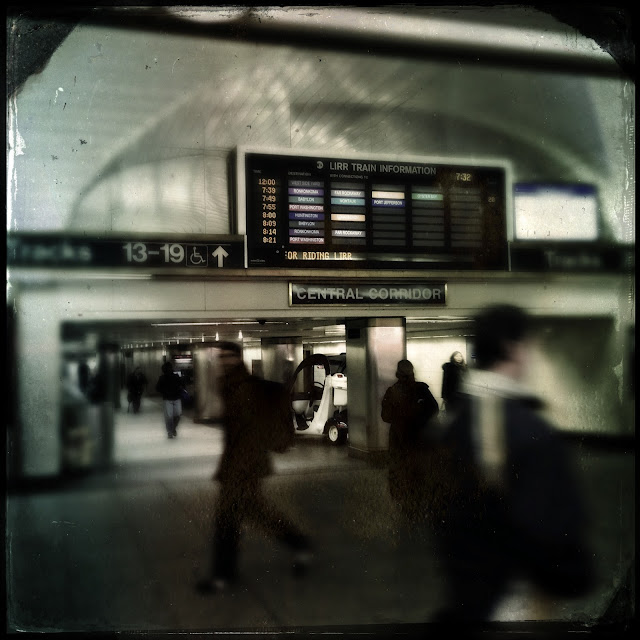 Very English to talk a lot about the weather.
To back up.....Sunday was sunny (as per the last post....). Monday was......well......peculiar. We were told to expect a 'wintry mix' which basically seems to mean snow and sleet and rain. We went to Long Island anyway. 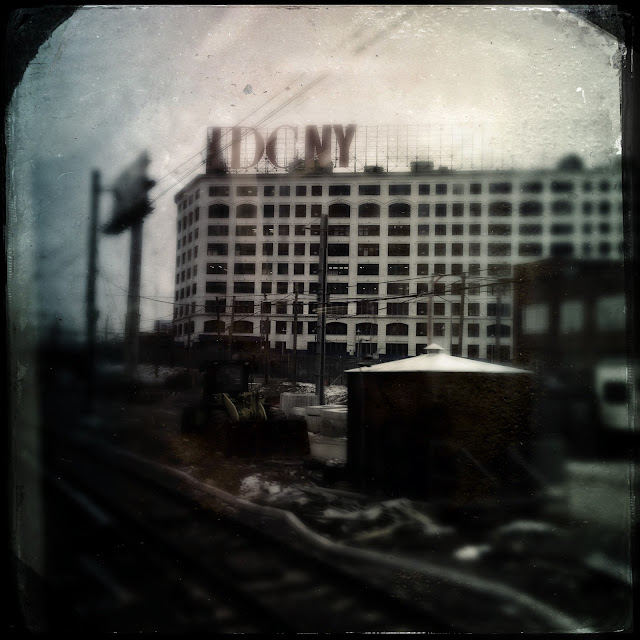 As you leave Penn Station there is all sorts of industrial stuff.... 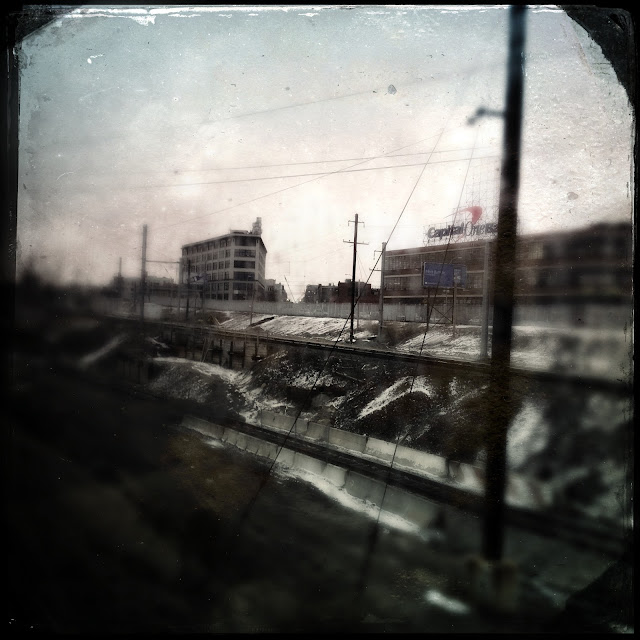 with little bits of snow on sidings. 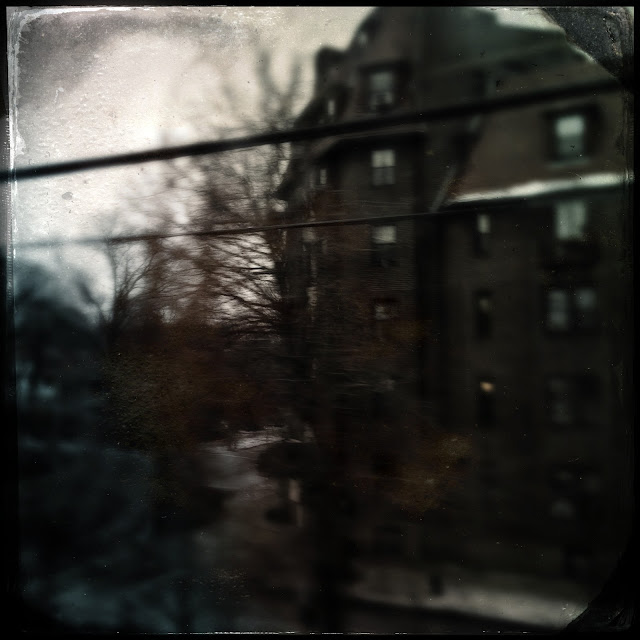 Queens (on the whole) is better seen through a thick miasma of something.....here Forest Hills.... 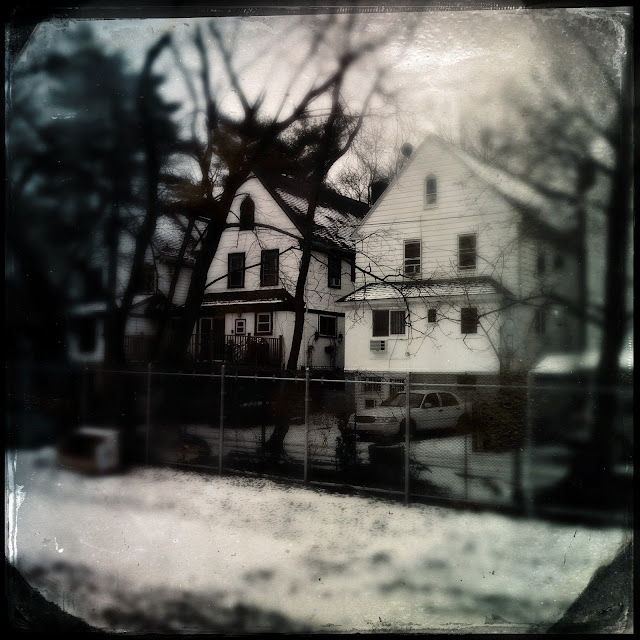 Then regular sorts of houses. 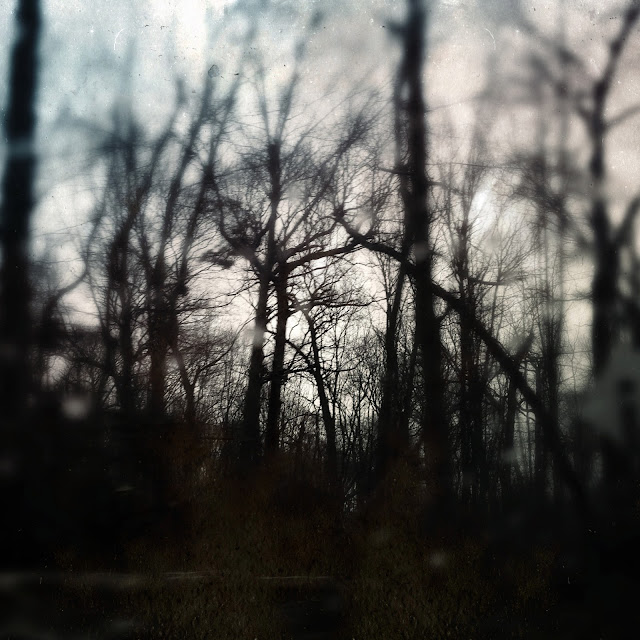 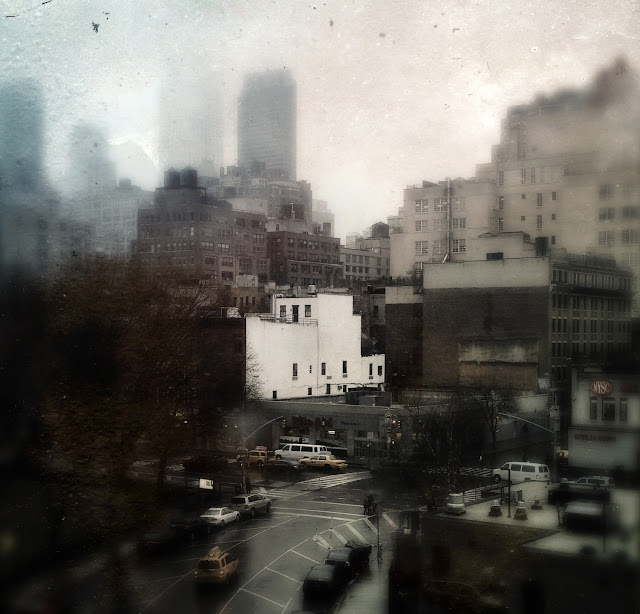 By the time we got home, it had all turned to rain, and they had removed the top of the Empire State Building. 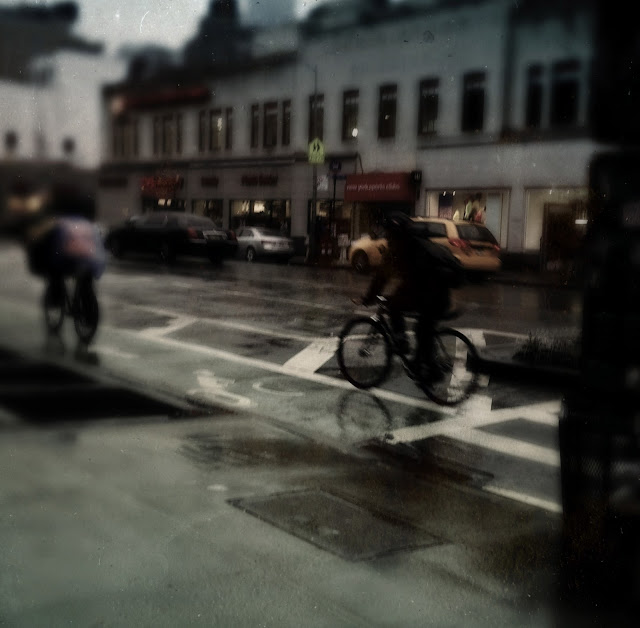 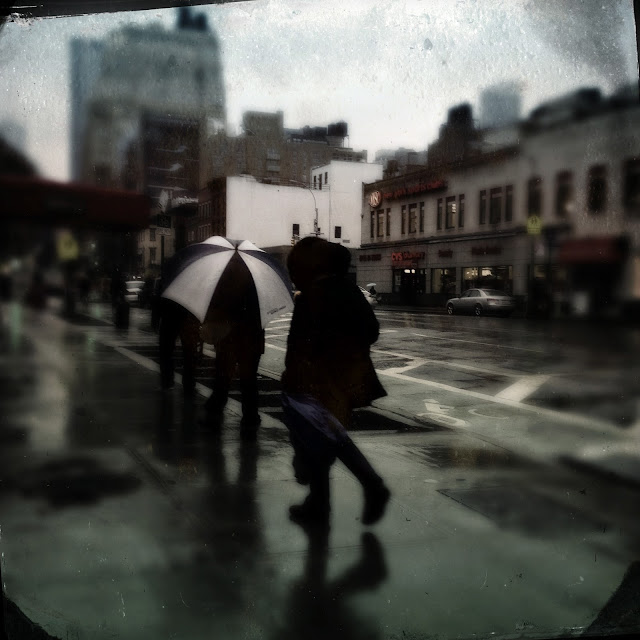 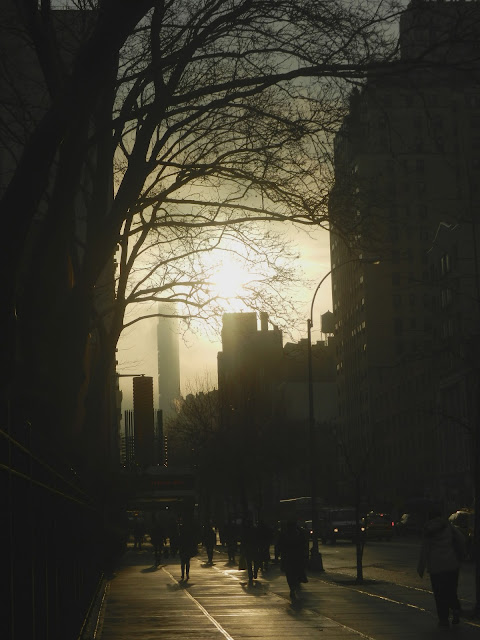 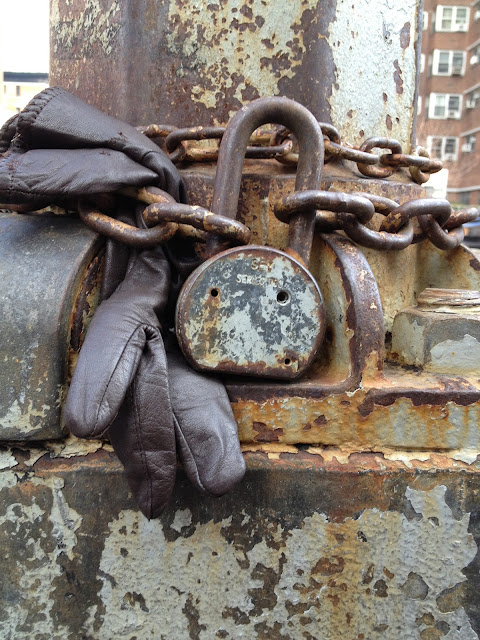 I saw this glove locked and chained to a lamp post on the corner of 23rd St and 9th Avenue...... 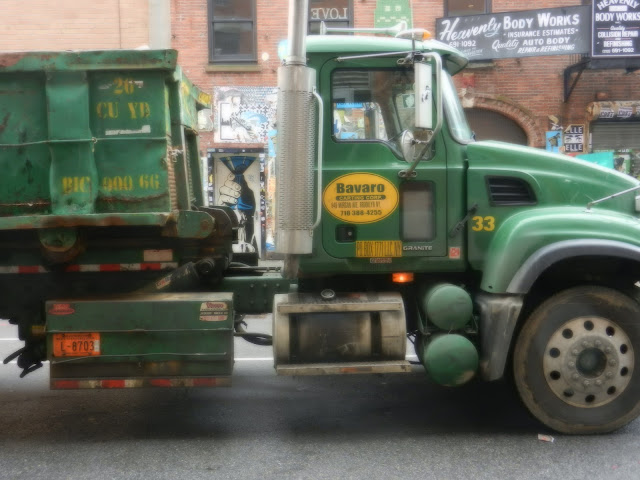 22nd Street. Haven't had a picture of a truck for ages 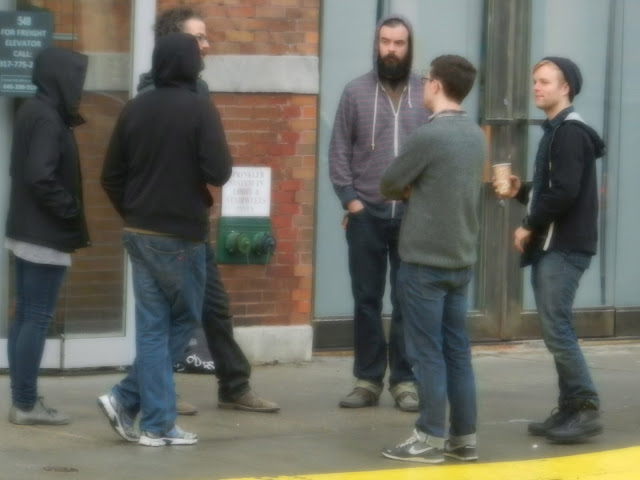 or a picture of people (on 22nd St) who look as if they have escaped from Brooklyn. (Yes, I had turned the camera by mistake to something called 'Effects' --'Effects' just makes things look slightly out of focus. 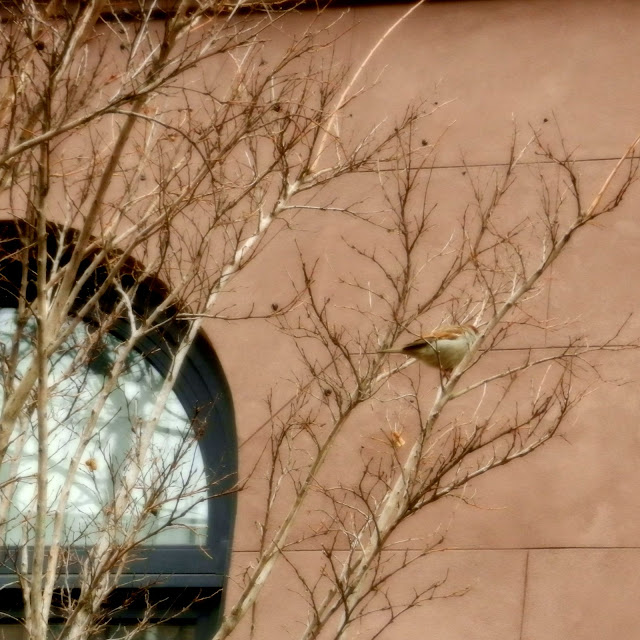 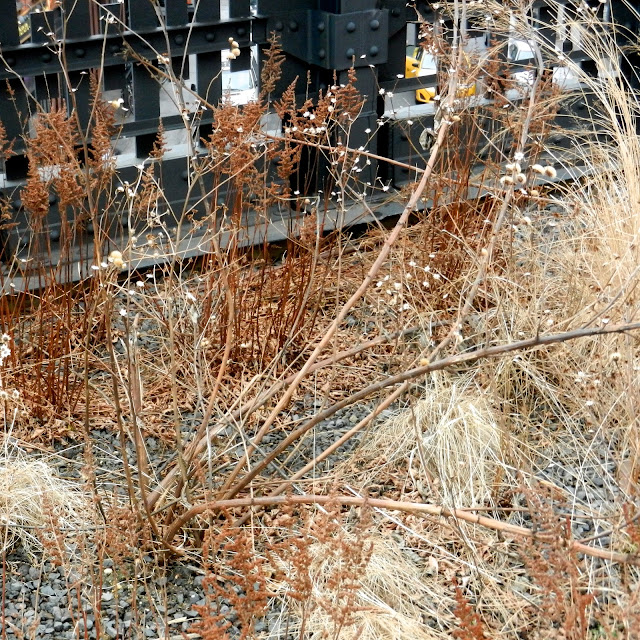 Wednesday was astoundingly, unnaturally warm. Walked on the High Line with Paz. 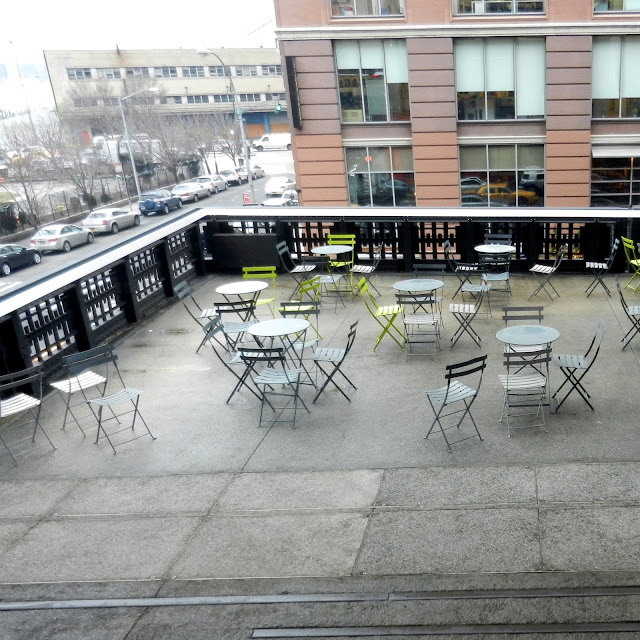 There was almost no one about 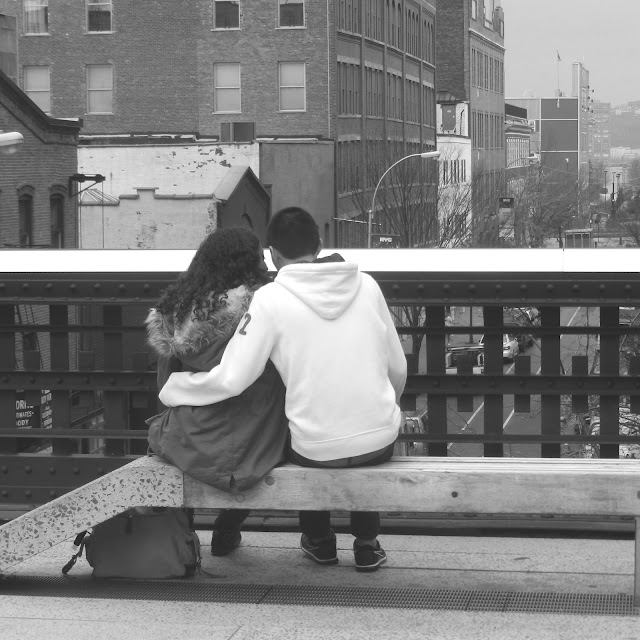 except a pair of young people.
(Bill Stankus, this is for you who wanted black and white!)

Thursday is windy. Power off in parts of Long Island.

Posted by Elizabeth at 3:32 PM