Monday: or The delights of Idleness

I'm so glad I don't have a proper job. If I did, I would have to dress up in a work uniform of some sort 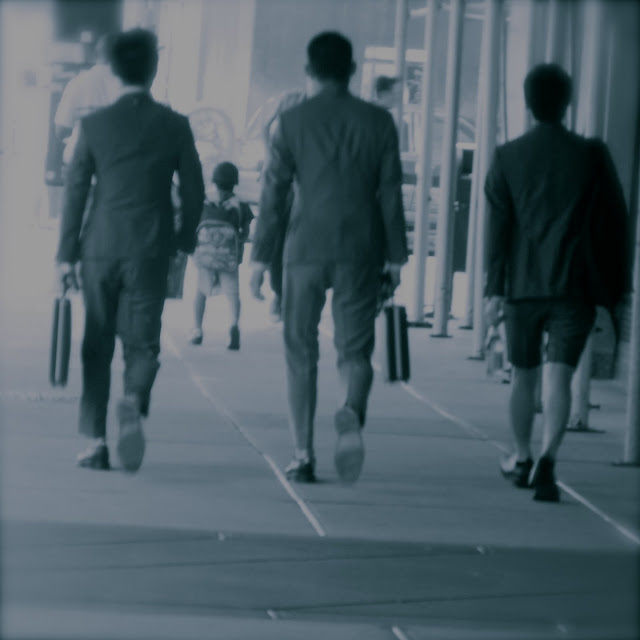 like these three wage slaves/ fashionistos (masculine of fashionista?) I saw this morning as they were off to conquer the world in their trendily too-small suits. 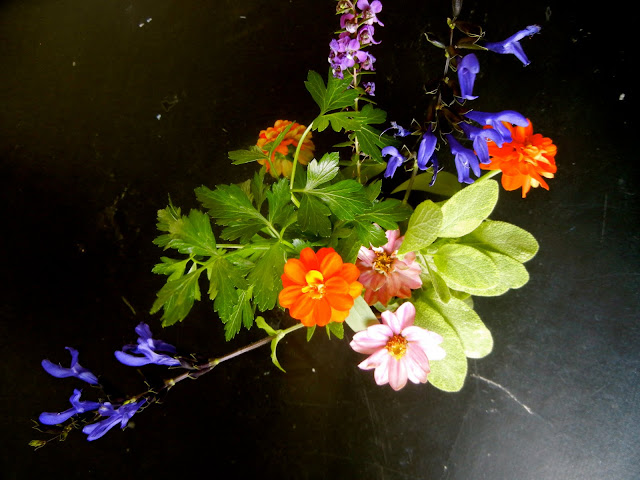 Instead, I can photograph the little jug of flowers I picked from the miniature garden in the tree pits in front of the building. 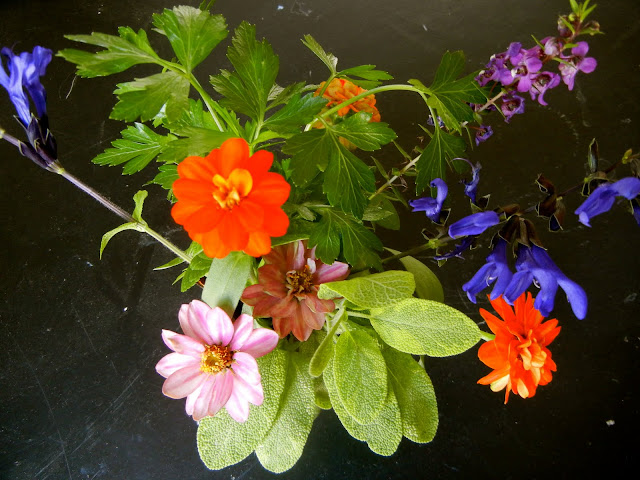 I'm always a bit frightened someone will come and yell at me for picking the flowers and I will have to explain that I planted and tended them. Then they won't believe me. (The things I waste my time worrying about....) 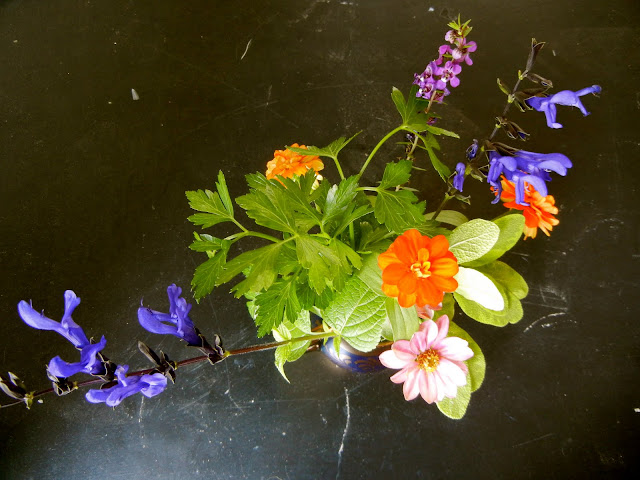 Anyway, there is golden sage and a giant sort of parsley that  grew and grew from a weedy specimen I got at the super market, zinnias from Union Square, another sort of sage and the little mauve thing that I can't name. Anyone?
Posted by Elizabeth at 10:21 AM