More chatter from the land of the powerless.
So many kind comments which I will try to respond to when power returns to our house (currently at a friend's for an hour or two). 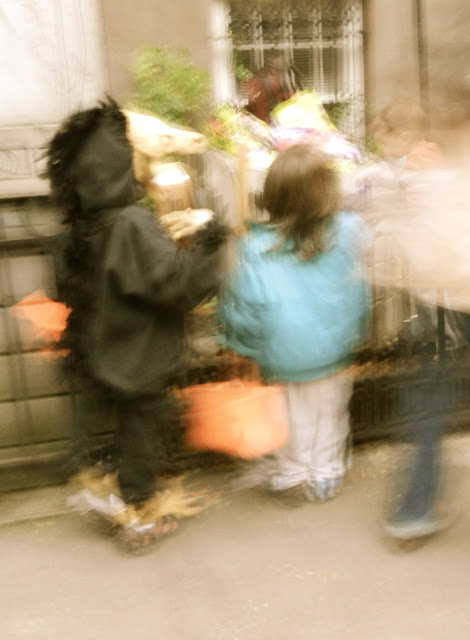 Yesterday was Halloween but there were few trick-or-treaters about. 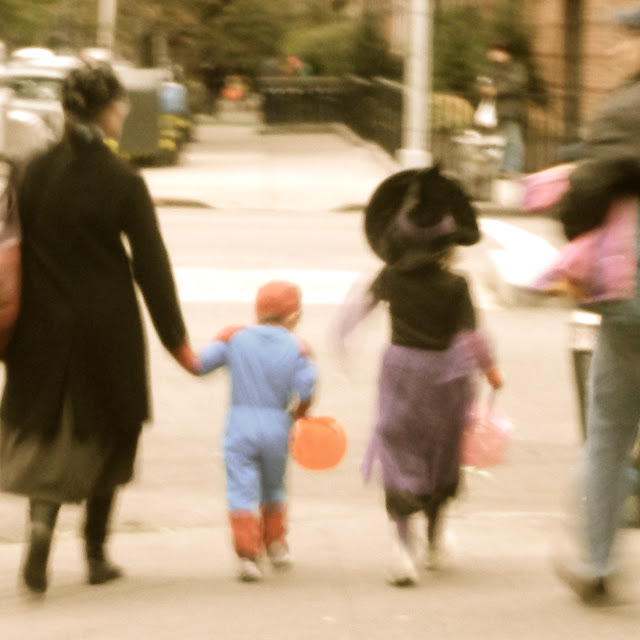 The lobby was a bit dim and spooky without light. 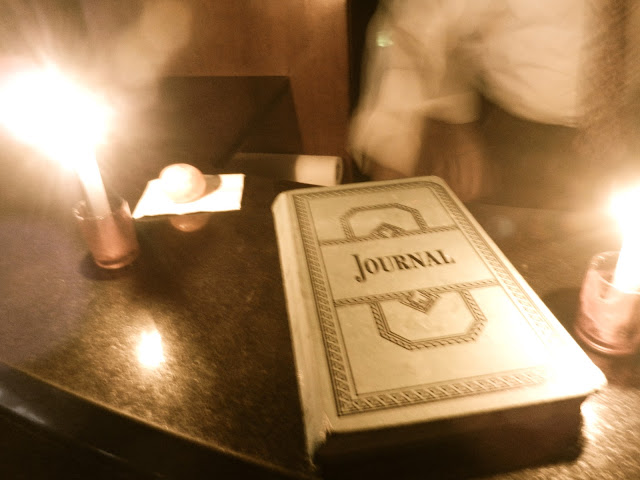 Soup and grilled cheese done in the frying pan for supper. Rest of  several containers of home made soup will probably have to be abandoned since it can’t be refrigerated. We are running out of clean plates and mugs. Will soon have to hike north to eat out --everything south of here in complete blackness.

Jimmy’s brother from Queens has brought in astounding LED lights all up the stairs --thrilling since it makes trotting up and down the four flights almost a joy and much less dangerous. So glad we don’t live on the 12th floor. Much merriment in the lobby. 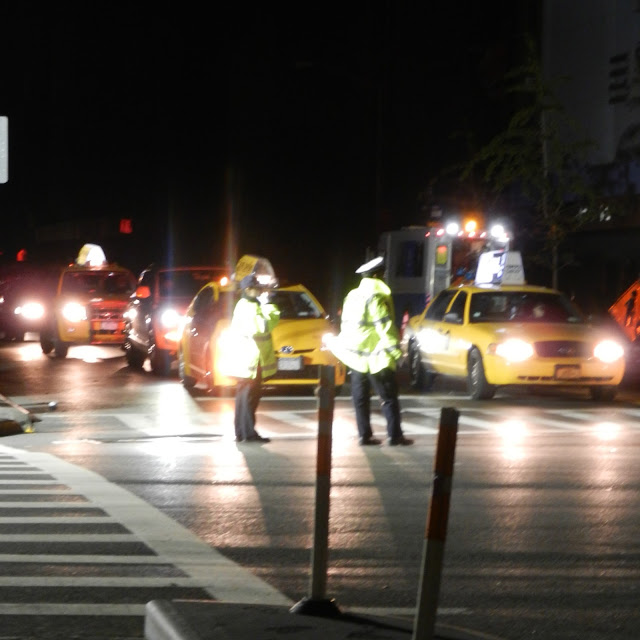 Very brave traffic cops in yellow vests with red batons directing traffic and a vivid moon and a planet above the Empire State Building. A Con Ed truck on the corner of 8th Avenue and 23rd Street ---wouldn’t it be thrilling if...... 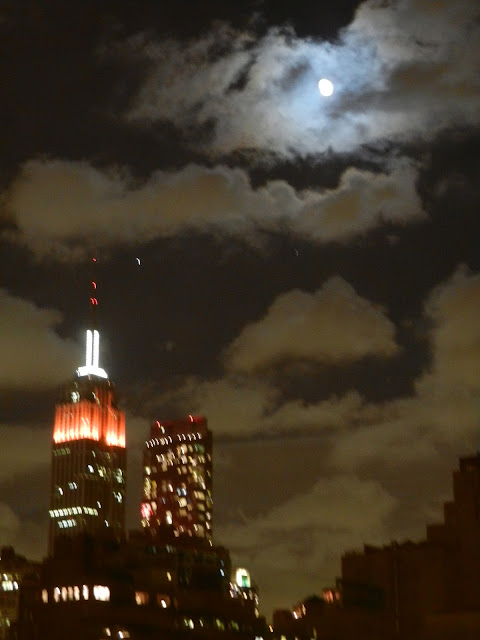 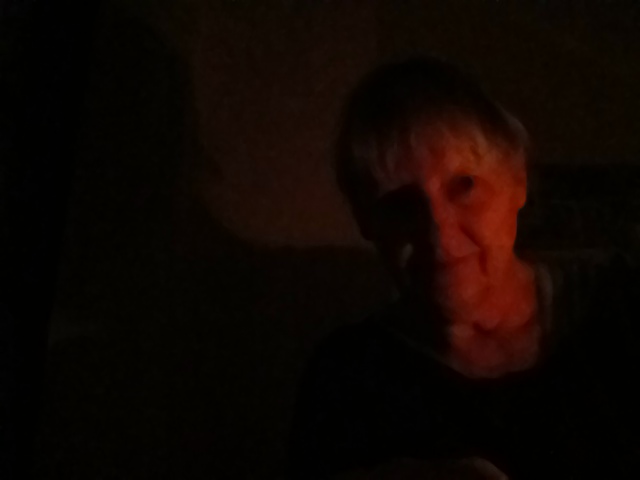 Rather chilly so sitting reading Dorothy Whipple book and knitting by candlelight under a quilt. One guttering candle as I type this up. Very 19th century.
After ten o’clock so can start thinking of going to bed pretty soon.
Very few planes overhead.

Well, I wake up at 4:30 and think about Bobby and family who have an electric stove therefore no warm drinks.
At 7:30 I take the dog for a walk and run into Jez Coulson who is taking photos on the corner of 8th Avenue. He just drove here from Ohio. He has been a photographer in war zones like Bosnia but says it’s all rather dreary when it is in your own home and one isn’t prepared....
At least half the building have decamped to places uptown --the Hilton for example. Therefore their newspapers are free to take and peruse. The NYC schools will be closed for the week. New Jersey is devastated. 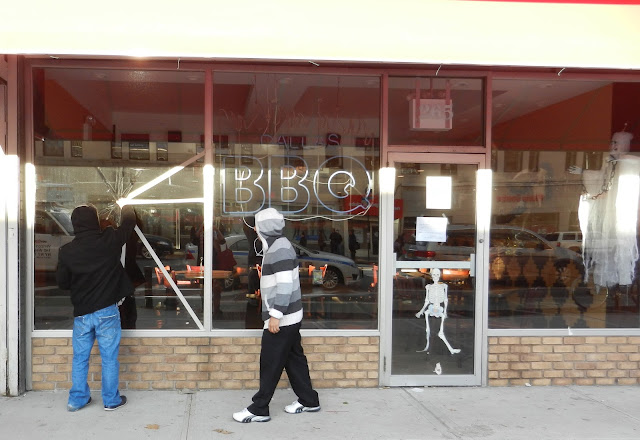 But Dallas BBQ is taking the tape off the windows and is going to reopen......

Posted by Elizabeth at 2:27 PM